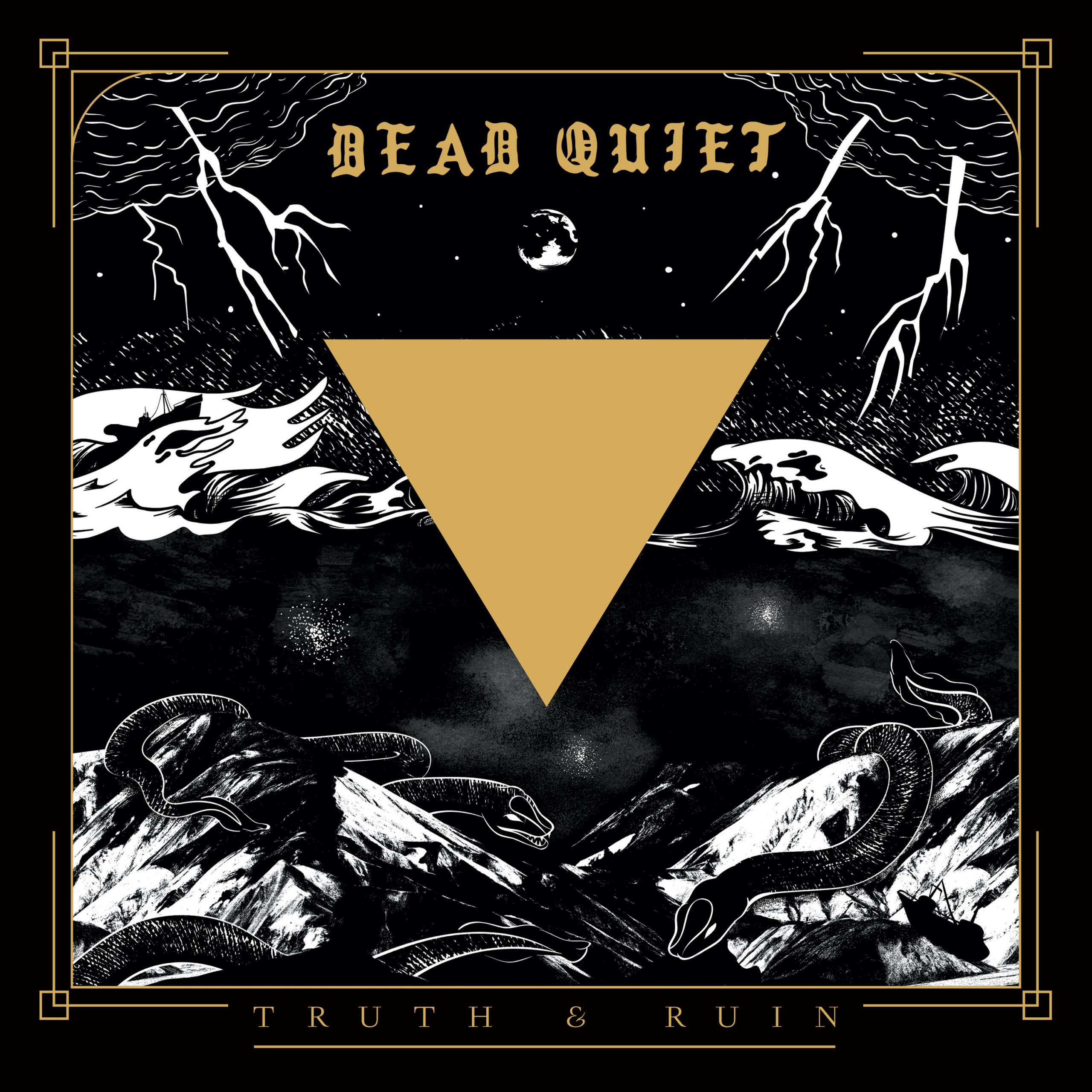 This is the third album from the Vancouver quintet, who list Deep purple and Judas Priest as main influences. Forming late in 2013 the Heavy Metal and Doom lovers are fronted by frontman of the now defunct ‘Barn Burner’, Kevin Keegan ( Don’t even think it ! ) a vocalist who has received a lot of praise from metal Hammer in the past. Guitarist Brock MacInnes is also axe man with Anciients who themselves are worth a visit. On keyboards is Mike Rosen who only recently joined up. Completing the line up are Mike Grossnickle on bass and drummer Jason Dana. Having toured with Cancer Bats and played Desertfest, Dead Quiet are not living up to their name and earning quite a renowned reputation worldwide.

Clever play on words ‘Atoned Deaf’ is a mix of ear drum shattering vocals and low, off the pavement, blasting guitar. A jumble of noise that reverberates, circulates and goes through several differing scenarios before dropping into a final discourse of despair. ‘Forever Unsung’ is quiet in comparison, but packs a mean punch and has plenty of outgoing guitar work that is pretty amazing. The title track, like most of the others is over 6 minutes, it begins with a feel of trepidation and I am not disappointed, as it breaks into a melancholy and soul bearing track. There is more guitar wizardry and fret destroying later on, turning it into a racy and very attractive number.

I think ‘Partial Darkness’ is the track I enjoy the most and not just the video with naked bodies and bubbles in the bathroom (see above), it has a kick that gives it a load of stomping pleasure. Blending in keyboards and pulsating rhythm to make it dynamic and thoroughly dangerous. A hint at early Sabbath in tone, it has all the qualities of a masterpiece, how it fades into oblivion with distant vocals and simple keyboard notes is so charming. ‘Cold Grey Death’ is over 9 minutes of totally absorbing discord. Keegan demonstrates his range and the tempo is resililent to all that he utters, the band answering his call with shed loads of genius. I am reminded that these guys are not new on the block and their skills really come to the fore during this final epic of a track.

Not having heard Dead Quiet before, I enjoyed my initiation. ‘Truth And Ruin’ is 7 tracks of immense character and has tongue in cheek and humorous moments alongside the more serious and heavy growls, quite a contrast from the 2020 trend to address topical and political matters. With songs that are not too deep, I liked the simple yet adhering way Dead Quiet get under your skin.

‘Truth and Ruin’ was engineered and mixed by Jesse Gander (Japandroids, White Lung) at Rain City Recorders in Vancouver, BC. It was mastered by Alan Douches (Mastodon, Chelsea Wolfe) at West West Side Music in Hudson Valley, NY. Cover art was designed by Taylor Borque.

You can order a copy of the album  HERE