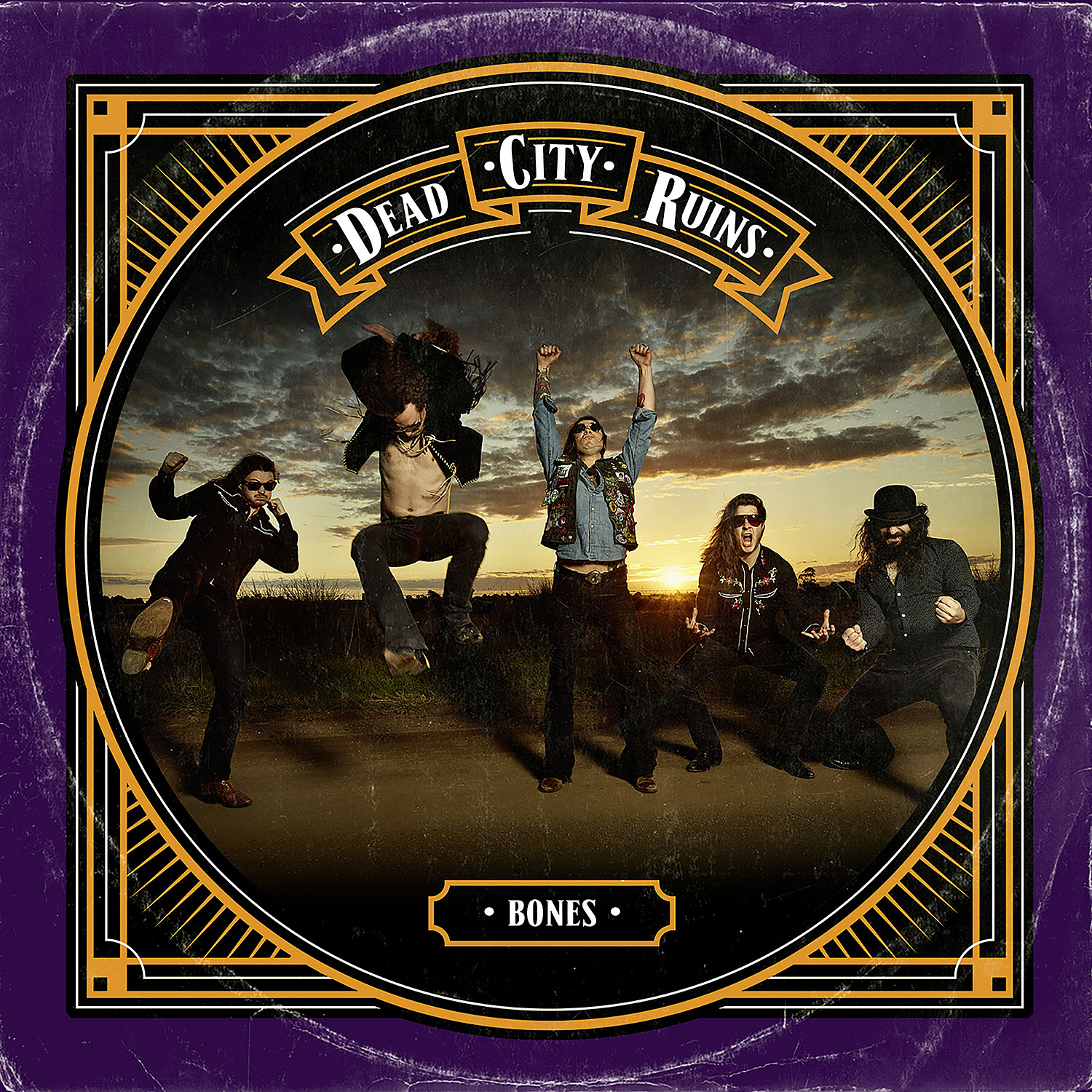 Dead City Ruins (Jake Wiffen – Vocals, Tommy Tbone – Guitar, Sean Blanchard – Guitar, Nick Trajanovski – Drums and Matthew Berg – Bass) have been carving their own path in the world of Hard rock. Starting out in London England and making their way home to Australia whilst playing as many down trodden, hole in the wall pubs and clubs as one band can fit into a seven day week. Splicing the musicianship of 70’s and 80’s metal and the soul catching riffs of bluesy rock with the intensity and “f*ck ‘em all” attitude of punk rock, Dead City Ruins have left crowds from London (ENG) to Melbourne (AUS) reeling for more and asking themselves where the hell this band came from! 2007 saw the release of the E.P. “Lost in London” and in 2011 their debut album “MIDNIGHT KILLER” to rave reviews online and regular airplay on local radio. In 2011 Dead City Ruins boarded their majestic vessel “The Blue Bastard” armed with sleeping bags, tents and their gear, and headed out on their first UK & European tour, travelling 28,000kms, playing 50 dates across several countries (England, Wales, France, Germany, Belgium, Switzerland, Netherlands, Italy, Spain), finishing off the tour at an international Metal Music Festival in Dubai. Ever the road warriors, Dead City Ruins headed back to Europe and the UK to do it all again from June to August 2012, following up on the buzz created from the previous tour. Rocking festival stages and supporting the likes of Mastodon, Diamond Head, Orange Goblin and Hardcore Superstar, before returning to rock as many venues that will have them in their hometown of Melbourne, Australia. 2013 brought the recording of the highly anticipated second album, working with USA Sound Engineer, James Lugo (Iron Maiden, Bruce Springsteen, Dokken) Followed by a 33 date, 13 country tour of UK, Europe & Scandinavia supporting American heavyweights Skid Row and Ugly Kid Joe to rave reviews!

Dead City Ruins is a working class hard rock band fuelled by what life throws at them … good times, bad times, disappointments, achievements and life in the cruel fuckin’ city!

The release of their single ‘Bones‘ on 19th January 2018 with an accompanying video, has attracted massive interest. This is one track taken from their upcoming album Never Say Die, which is due for release on 13th April 2018 through AFM Records. Bones is a full throttle, hard core rock n roll venture, with immense guitar work to make your eyes water and an intensity to the music that any hard rock lover will appreciate. It certainly excites me to know that there is an album to follow!