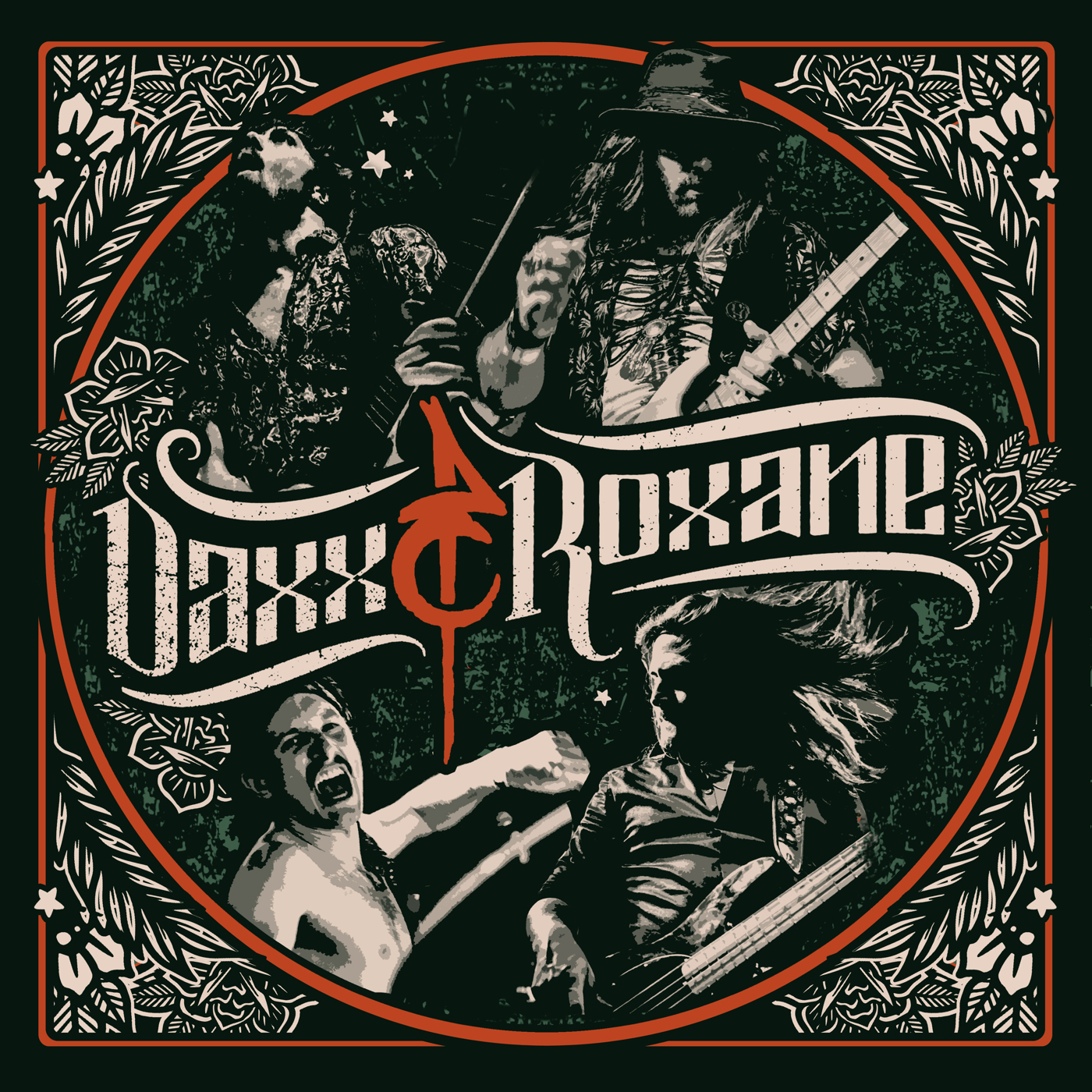 Formed in 2013 in their native Switzerland, Daxx & Roxane have released an EP and later their debut album, ‘Ticket To Rock’, both of which received great reviews and earned them a solid fan base. They have toured the UK with Bad Touch and had several festival slots including Stone Free Festival and Winterstorm. They’ve now moved to London and we are mighty thankful to have them on our shores to be honest. They release their second album ‘Daxx & Roxane’ on 8th May, produced by Colin Parkinson (ex-Inglorious bass player and founder of Temple of One).

‘Fast Lane’ sets the bar high, an in-your-face blistering retro glam style with killer wailing guitars, recorded to play LOUD and drive fast, it’s sleazy in the best way. The gang vocals on ‘Strange Woman’ sound amazing and are addictive as Hell, sexy vocals and dirty riffs that fill me with joy and energy and seamless production. Love it!

‘Without You’ has a pulsing, driving beat and, although the title suggested to me a ballad, this is a ballsy rocker with tons of attitude and faultless vocals. ‘Broken’ has a really emotional vocal performance – I love his voice, it’s effortlessly expressive. Powerful lyrics and some stunning guitars overlay a very solid rhythm section. And I love the guitars at the end!

‘Dawn’ is a haunting and atmospheric instrumental which has no need for words – the music expresses the intent beautifully. The track rises and falls, and excitement builds, in a powerful and emotive song that you really need to hear.

Latest single ‘Heal’ is a grower for me – I’m not sure it’s the strongest on the album but with every listen I like it more and more. It makes a statement but if this song isn’t your thing then please don’t write off the whole album as there is something for everyone.

On its way to fill the void in my heart left by Kaato splitting up, ‘Someone I Love’ is firmly back in glam territory, and I adore the heavy bassline of ‘Give It Time’; with an edgier vocal this is immense fun and impossible to stand still to.

‘Get To It’ has a bluesy feel to it and is one to forgot your worries. ‘Back Door Man’ is sexual and wanton, from the sexy vocals to the sludgy guitars and the harmonica, which gives it a lush southern flavour. Let’s get it on.

The album closes with ‘Sugar Rush’, a balls to the wall, face melting track with higher vocals and more harmonica. I’ve thoroughly enjoyed the ride guys and am sorry it has to end…

This album confirms all rumours in my opinion of this band’s ensuing greatness. I love it all and each track warrants its place on the album. The band’s sound is both fun and entertaining as well as incredibly polished and accomplished. The songs are compelling for many different reasons and no two tracks are the same, which is exactly what you need in a great album. I love the sleazy side of rock and I love Daxx & Roxane.

They were due to complete a headline tour of the UK in March but as so many things this had been put on hold because of that pesky pandemic. Your time will come boys and I’m looking forward to it!