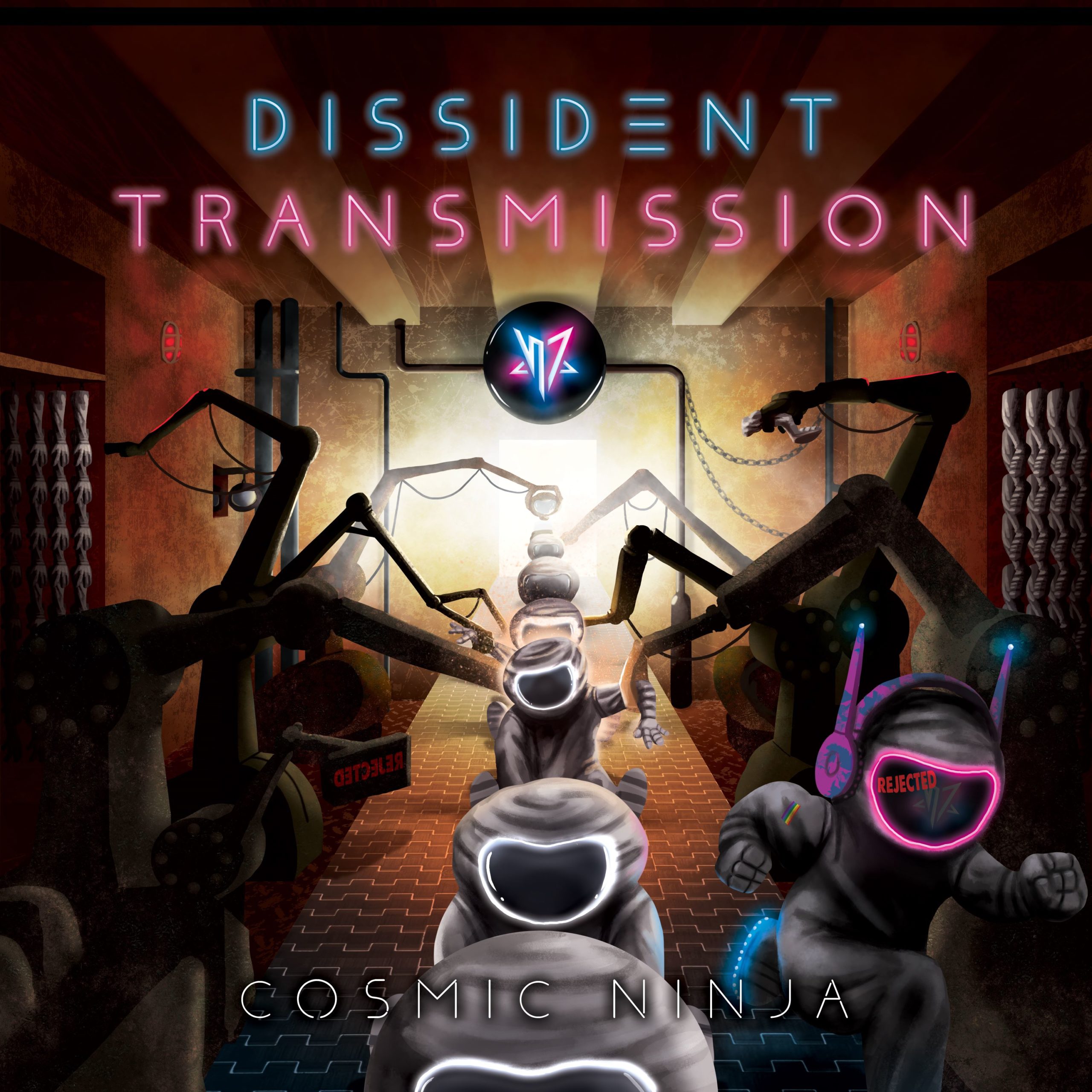 This week I have the pleasure of reviewing Cosmic Ninja’s debut EP, Dissident Transmission. Cosmic Ninja are a four-piece rock rave group from Bristol. Listening to By Design, my first thought was that the vocals are distinctly British. I know that might sound like pointing out the obvious, but I’ve found a lot of British bands start to sing with American accents or inflections to try and appeal to a wider audience. Basically, kudos to them for keeping their identity.

By Design is a song about breaking free from the shackles of oppression. The lyrical style of the song almost reminds me of rap. This band are big advocates for the LGBTQ community and that is reflected in their music. The song uses a good blend of synth and guitar, and it also has a catchy anthemic chorus that’s perfect for a live performance. There is an interesting breakdown in the middle of this song where the band trade blows, with one side being almost dubstep style electronica and the other some very tasty guitar riffs.

Lies feels more like a punk song, with anti-establishmentarian lyrics that seem to criticise the government and say they are abusing their power for their own gains. This song definitely feels heavier than By Design, with heavier guitar and more caustic vocals. Despite all the anger in this song the chorus definitely has traits of pop punk.

Snake Eyes has some really catchy beats that put me in mind of Pendulum. I could definitely see people jumping up and down with their hands in the air to this one at a gig. Over the electronic beats there are some groovy guitar riffs thrown in for good measure.

We Got Up is probably my stand out track on this EP. It uses heavier synth layered with more meandering electronica and combines them to create an intricate sound. The beat of the song also changes three or four times over its nearly five-minute duration keeping it fresh and interesting.


In summation this EP is very promising. Cosmic Ninja deliver a high energy sound that is fun and liberating. The combination of their two mediums, rock and rave work very well. The two vocalists also offer different styles within the songs to match the tone at any given time. If you want something to dance around your living room to, look no further.

Top Track: We Got Up

and on all major streaming services.