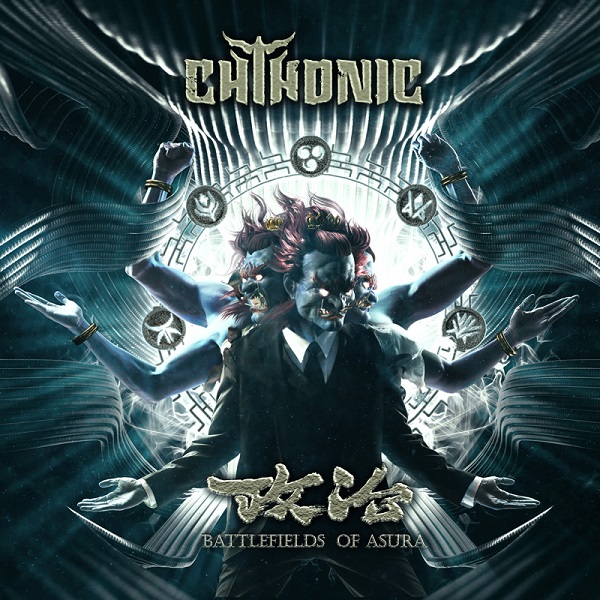 Metal fans with a keen ear may have noticed the emergence of a thriving Asian scene in the past few years. Truth be told, this ‘emergence’ has been going on for a fair while now, and Taiwan’s Chthonic have long been at the heart of it. Forming in 1995, the quintet have released seven albums to date, but have yet to issue a full length since 2013’s Bú-Tik. Forthcoming eighth record Battlefields of Asura will be the latest entry into a conceptual arc that started with in 2005 (read more on the story here), acting as a prequel to all of its chronological predecessors.

As ever, the group weave a rich and detailed tapestry to create vivid and evocative soundscapes. Their lyrical themes have always focused on subjects such as the history, mythology and political landscape of their homeland, and although Freddy Lim’s shrill screams and throaty barks make much of the words unintelligible, you do get the sense that the music matches up with the matters at hand. Lim’s vocals may not be the most original, but every word is laced with an untempered passion; these are clearly topics that are close to the heart. The dense, layered musical backdrops are frenetic and violent, yet also beautiful and soothing. The integration of traditional Taiwanese instruments and melodies has a lot to do with this, and goes a long way to giving Chthonic a measure of distinction. The keyboards of CJ Kao also contribute a great deal, as they sparkle above the bloodlust of Jesse Liu’s piercing riffs and Dani Wang’s drum battery on the rhythmic battlefield below. The importance of Kao sees his work pushed forward in the mix, although this could be perceived as a negative by some, as it can push Liu and Doris Yeh (bass) back in the mix and softens the overall intensity of the music.

I’d say that much of the material on this album is well written, and borderline great at times. The issue I have is that it doesn’t really stay with me long after it’s over. There were numerous occasions during my listening sessions where I’d consciously think to myself “hey… that’s a good riff/lick/solo etc”, but sitting here now I struggle to recall many of those moments. I trust my memory enough to know that there is plenty of quality on the album, and I guess I’ll always have a pleasant surprise whenever I revisit it, but I have to raise questions over the album’s long term staying power. As a band that’s competing within the symphonic/melodic extreme metal arena, this can make the album a tough sell, as many competitors are writing songs that dig deep into the grey matter and refuse to relinquish their grip. The mid album salvo of “Souls of the Revolution” and “Taste the Black Tears” offer up the most inspiration, with the swift guile and epic refrain of the former and the stabbing riff key combo of the latter showing that when Chthonic are on it, they’re really on it.

I’m a little torn here. I can’t say I was ever bored listening to this, and I’d hesitate to write it off as mediocre, but I can’t shake the fact that that pretty much every note drifts from my mind not long after it’s torn through the speakers. I’m also averse to dismissing it as a case of style over substance, as there has always been depth to everything Chthonic has done. Perhaps said substance takes a while to surface on Battlefields of Asura, but Occam’s razor suggests that the album just isn’t as good as previous efforts. All things considered, I think of this as a mild disappointment, but far from a fatal blow. Everyone’s entitled to a misstep or two, and whilst this could go down as one for Chthonic, they could do far worse in that regard.

Highlights: “Souls of the Revolution”, “Taste the Black Tears”

Find out more on Chthonic here:

Battlefields of Asura is available on October 10th, and can be purchased here.