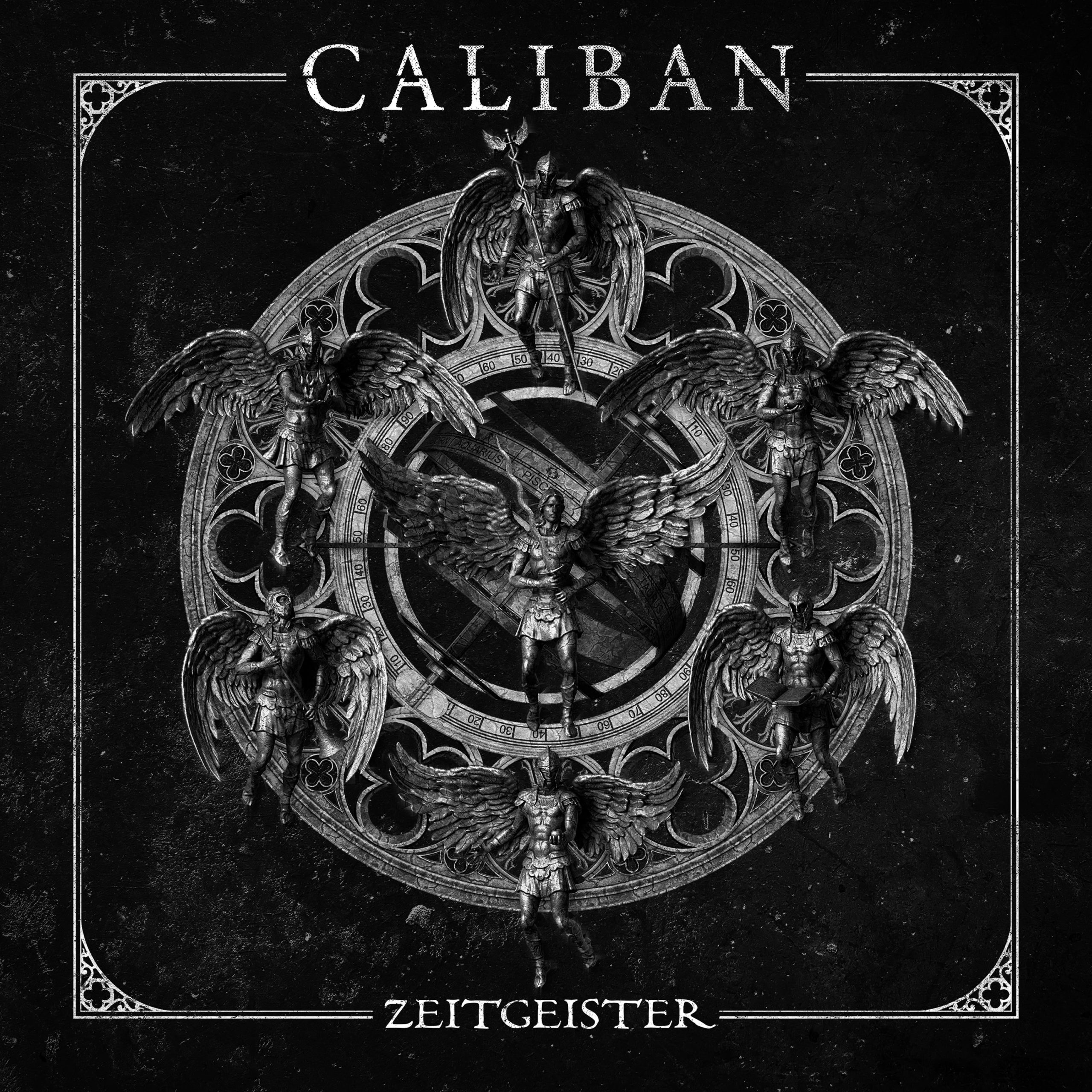 Reviewing metalcore in 2021 is a difficult experience. As a genre, it’s so played out and iterated upon that it’s as difficult to find new and interesting things to say about releases in the genre, as it is to find a release that is just as interesting. Often it boils down to appraising how well a band delivers on the genre’s fundamentals. This album is particularly interesting to discuss as Caliban have decided to dedicate the majority of this record to translating their earlier works into their native German.

For those unfamiliar, Caliban’s breed of metalcore falls towards the Unearth end of the spectrum more than it does the post-End Of Heartache sound that emerged later on. Melodic death metal style riffs interspersed with punishing breakdowns and barely a clean vocal in sight. It’s definitely an interpretation of the genre that I tend to prefer, and it’s achieved well here. There’s also a scattering of electronics and other embellishments that really help add some colour to these tracks.

The task of translating songs into different languages is always going to be difficult. Different numbers of syllables in equivalent words and the different ways languages use stress can completely change the way a line sounds, and can ultimately make or break a track. The upper echelon of this, for me, is Jake Thackray’s Brother Gorilla as a translation of Georges Brassens’ Le Gorille, which somehow manages to maintain the sharp wit and cutting social commentary despite its transnational transformation. Caliban have done a good job here in my view as a non-German speaker. No line stands out as having to be rushed or stretched out for the sake of fitting. It feels very natural, and coupled with my penchant for artists performing in their own regional accent or native language, this makes these versions of these songs feel like the definitive editions. It will always impress me when, despite not understanding a single word, a hook in another language will stick in my head, like the chorus of Mein Inferno does.

This record goes some way to highlighting the consistency Caliban have had over eleven albums. There’s no track here that sticks out as significantly better or worse; in fact this feels as though the tracks were all written for the same record. This is particularly true of the song that I think is best on the album, nICHTs, which was written specifically for this album. It’s as good as anything in Caliban’s back catalogue. The way the vocals build to the pummelling break down at the end is truly joyous.

Zeitgeister is, indisputably, a great entry point for new Caliban fans. It collects tracks from the past into new forms that are arguably better than the originals. Whether it’s worth it for long-time fans who own and love the originals is another matter. The new track- nICHts– might be good but it’s not worth the price of admission on its own. Regardless, I feel that it’s worth recognising a good record for what it is and recommending that you pick it up.

Zeitgeister is out 14th May 2021 via Century Media, and can be ordered here.