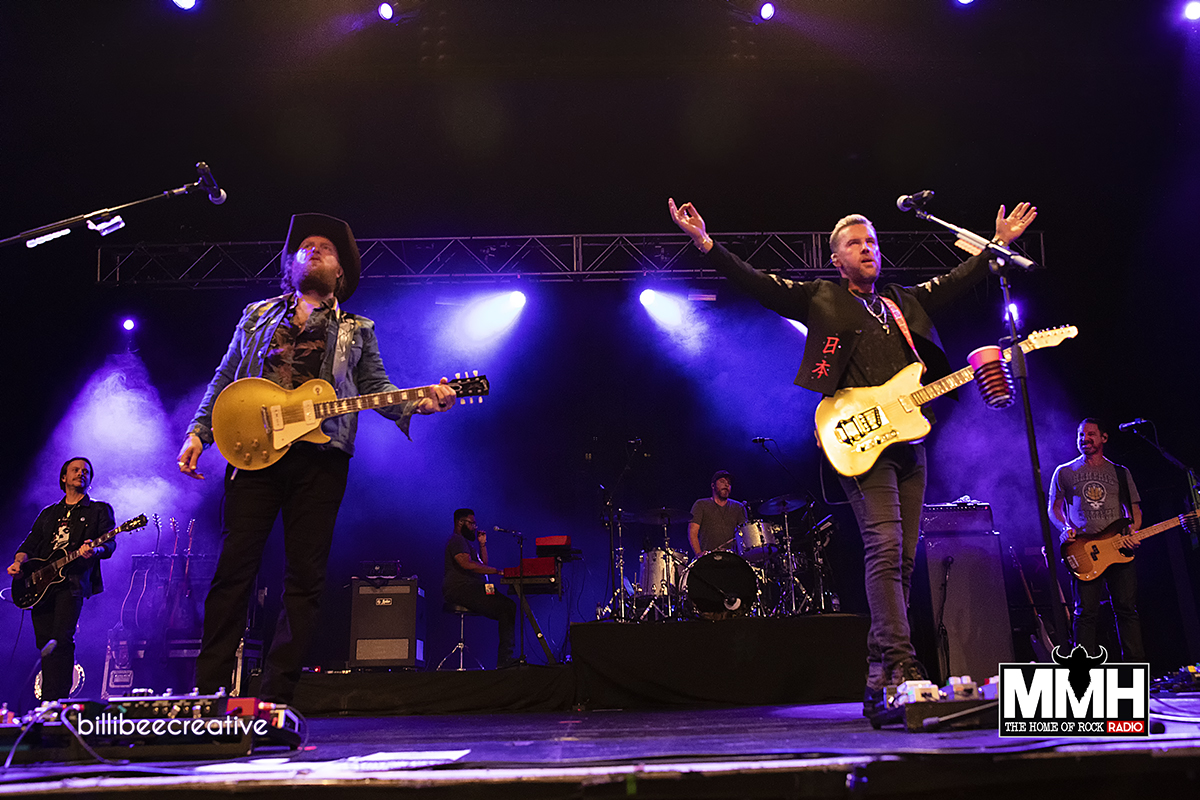 At the O2 Academy Birmingham, Grammy award winning American country music duo Brothers Osborne were in town and the main room was jam packed ….. and understandably so!   WOW!

Having had their tour rescheduled thanks to the pandemic, Birmingham were due to see them in January and May of 2021 but sadly not.  This time there was no postponement and the O2 Academy had no seats left or indeed much standing space as we had all been waiting for the welcomed return.

Stephen Wilson Jr opened up the evening, a singer/songwriter hailing from Southern Indiana and was well received.  His set included “The Devil”, “Year to be Young” and “Holler from the Holler”.

The Brothers Osborne provided the audience with an outstanding show and included tracks of their “Port Saint Joe” and “Skeletons” albums……. “Skeletons”, “Headstone”, “Rum”, “I’m Not For Everyone”, “It Ain’t My Fault” and “All Night” as the encore.