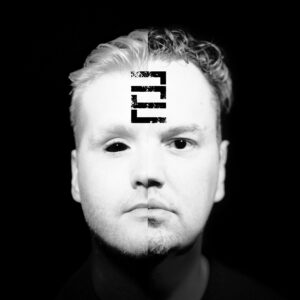 A collection of new and forthcoming releases that loosely contain an electronic element.

I’ll be honest, the ‘blasts’ suggested by the title of this blog are largely absent for this issue, though we are having a latge blast of a summer which has put me very much in the mood for some dreamier synth music. Roll on my thoughts on new releases by PRECOG, FIRES, BLACK NEEDLE NOISE and LUCKYandLOVE.

First up is the newest offering from Manchester imprint Analogue Trash Records, in the form of PRECOG – ARE WE LOST? I assumed they were a British band but they are in fact based in Nashville, Tennessee. This appears to be a re-release of their 2016 debut which should hopefully see them reach a wider and appreciative audience. Pleasing on the ears in a dark synth pop vein the album offers up some pure dark pop moments, easy to digest thanks to the sweetly emotive vocal delivery that includes falsetto sections, clever harmonies and intelligent writing. I really did think they were British based on the voice! Musically the compositions are rich and involving though I will say it took me a few listens to fully engage with the album. On first listen the songs washed over me but I wasn’t instantly hooked. However, I now am. This is largely due to the masterful composition, weaving in less than obvious chord and key shifts, drifting from major to minor sounding melodies and back again. This accomplished level of composition makes me sit up and take notice, especially on a debut release. These stand out moments lurk everywhere on the album but particularly grabbed me on the title track, and also on ‘Little Fragments’, ‘Give It Away’, ‘Filthy Pig’ and the majestic string laden closer ‘Find Peace (Calm The Seas)’. The album is dynamically varied too, with some tracks strongly four to the floor, others including more complex drum programming and other tracks soaring high on the synths, strings and pianos, the result of which is a 14 track album which holds the attention, another accomplished feat for a debut. If I haven’t adequately characterised the sonic flavours on offer here, I’ll try the age old tactic of name dropping a few other bands. I would recommend this album to those who like the moody pop of Hurts, Mirrors and White Lies. The vocals will also please many ears, hinting at Mansun and perhaps even Chris Isaak at times with the clever melodic turns. Dig in, this is a feast for purveyors of rich synth heavy dark pop music. https://www.analoguetrash.com/products/598310-precog-are-we-lost

While we are talking about dark synth pop, FIRES is the new project from Eric Sochocki (Cryogen Second, Becoming The Devourer) and RED GOES GREY is the name of the debut release. To these ears it is an album of two halves. There are those tracks aimed squarely at the dance floor and there are those that are more emotionally charged. The latter are the songs that I find more engaging and rewarding. They also suit the synthwave instrumentation style, cheesy toms included. ‘Tide’ is a dark ballad of sorts, and the synth work really helps the song soar, in a somewhat melancholic way. ‘Words and Silence’ has a similar feel to it and is lifted by some epic layered synths and a good use of varying dynamics. Album closer ‘Some Kind Of Progress’ has a tenderness and fragility about it that is hard not to like, a moment of beauty. Elsewhere, ‘Tell No One’ utilises the slower tempo to to convey more emotional power and has a wicked sub bass to boot. Technically inventive programming aids the throbbing bass line to craft a solid modern retro classic. Of the more beat driven songs, there is clearly some quality synth programming and neat arpeggios meaning that tracks like ‘Believe Me’, ‘To Be Alone’ and ‘Follower’ should go down a treat with fans of Aesthetic Perfection, Covenant, VNV Nation and so on. For me though, the album highlights come in the form of the aforementioned more poignant moments.
https://www.metropolis-records.com/product/11544/red-goes-grey

BLACK NEEDLE NOISE – LOST IN REFLECTIONS was an entirely pleasant surprise when it found its way to me. The second album under that name from John Fryer of This Mortal Coil fame. A dark, sultry, pulsating collection of eleven tracks, featuring no less than ten guest vocals both male and female. The sound varies between synth heavy goth, electro rock, shoegazy moments and ethereal electronica. At all times, the sound is warm and well produced, drenched in atmosphere. Songs like ‘Warning Sign’ one of the two featuring Kendra Frost, and ‘She Stands on a Storm’ with Andrea Kerr are catchy as heck, ear worms that are likely to draw you back to the album where upon it will reveal greater depth with grower tracks such as ‘Teeth To Grey’ with Omniflux and the gorgeous lush sounding ‘Swimming Through Dreams’ with Mimi Page. Male vocals arrive in the form of FLA’s Bill Leeb who provides his harsh whisper on the muscular ‘A Shiver of Want’ and Sivert Ho who croons delightfully on ‘Breathless Speechless’ which calls to mind the more emotional Wayne Hussey deliveries. The album closes on somewhat of an oddity with ‘Neon Noir’ with Dr Strangefryer which is much more upbeat than the rest of the album. Nowt wrong with the track but to my ears it doesn’t quite bed in. That said, ‘LOST IN REFLECTIONS is an excellent album that oozes luxurious dark vibes. A must for those that enjoy Delerium, SPC ECO, Curve and of course This Mortal Coil.
https://blackneedlenoise.bandcamp.com/album/lost-in-reflections

A new name for me this time is LUCKYandLOVE or Luck+Love, who have let rip a debut self titled album. This duo from Los Angeles present us with a concise eight track trip through all things synth with elements of razor sharp oscillations tempered with lush vocal and atmospheric elements. The album opens with ‘Sexy’, a nice hammer heavy kick snare combo drives the track solidly forward with the simple atmospheric bass synth tones doing what they need to while giving the understated smokey vocal to breath ant the other sonic elements to shimmer.’Venus’ is next, with a synth hook that could be straight from A Flock of Seagulls or OMD but the vocals and generally fuzzy feel to the production keep the overall feel more dreamy and ethereal. My personal highlight is ‘Mars’ which introduces a heftier tribal feel to the rhythm section and there is a lovely gated and overdriven synth hook which counterpoint with the dreamier elements in an interesting and engaging way. I gather the album was written while the due were living next to a noisy construction site and perhaps this allowed these contrasting elements to take form in the album. Other highlights include ‘Digging In The Earth’ which to these ears is exactly what The Jesus and Mary Chain would have sounded like if they were a female synthwave duo, ‘Legal Love’ which ramps the cinematic synths to the max with heady results and the closing ‘Full Moon’ which is perhaps the darkest and coldest track on offer, lofi beats echoing into the ether while spectral synths shimmer icily. LUCKY+LOVE is a sexy album, but sexy in that subtle and precious way. I can fully imagine these tracks being performed in the Double R club in Twin Peaks, the sound has that surreal dreamy edge that allows you to lose yourself just a little, and the balance between stylish atmosphere and melodic content is skilfully managed to make the dreamy journey an entirely pleasant one. Lush stuff.
https://luckyandlove.bandcamp.com/album/lucky-love