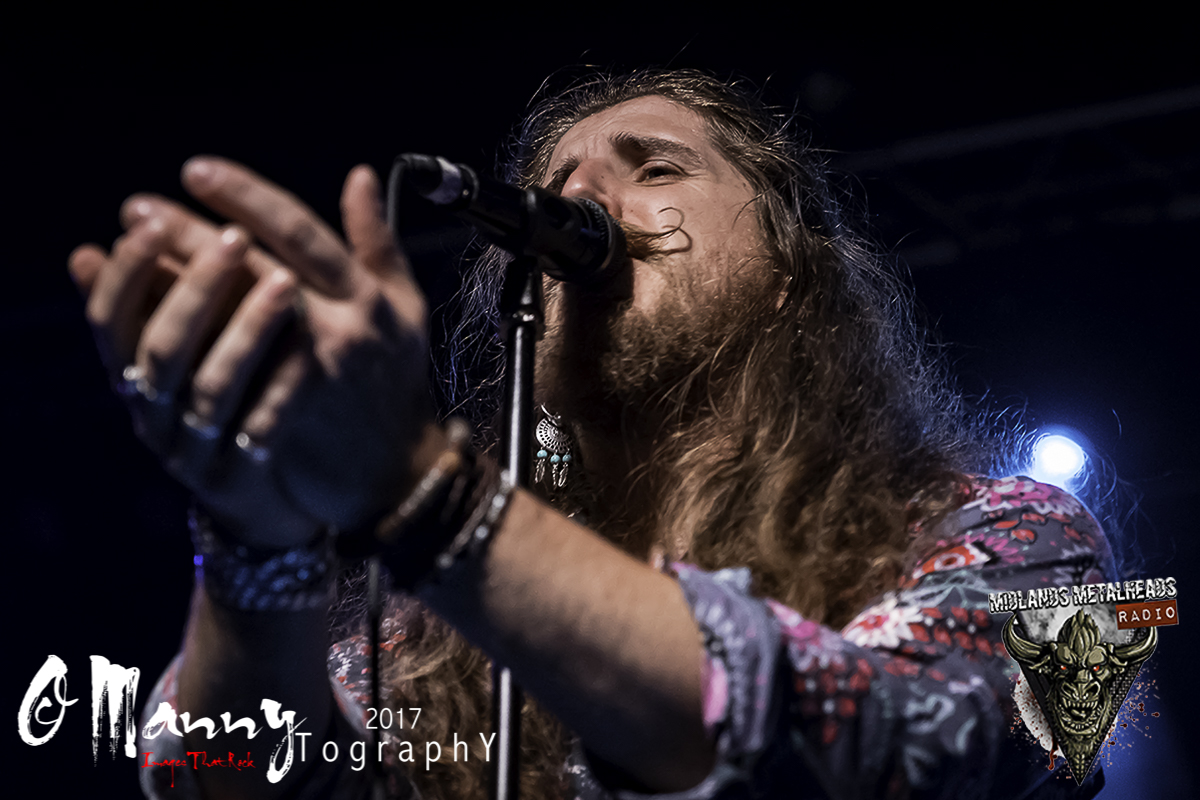 Bad Touch seem to be constantly on tour this year. Having already supported the mighty King King during the early part of the year they had a short headline tour of their own. Now on tour supporting their good friends Grammy award winners the Kentucky Head Hunters and then in November see’s them touring again with the amazing Mollie Marriott, Oh and lets not to forget a number of dates around Christmas and the New Year.

Having seen this great band from Norfolk on each of these tours it was with eager anticipation that my Friday night was to be spent watching them yet again. The Rescue Rooms is the smaller sister to Rock City so it makes for an intimate venue.

Bathed in blue neon and its customary fog ! the stage is set for a great night. Blue and Magenta neon and the obligatory Smoke should be banned, ‘Togs’ will identify with this immediately!

Stevie and the boys come onto the stage amidst energetic cheering and whooping from the small crowd thus gathered, the fog swirling around as they do so.

A quick acknowledgement for being out so early and we’re into the first song, ‘My Mother Told Me’. The twin guitars cutting through as the drums and bass guitar kick in and we settle down into the steady riff that is Mother, fast but precise an excellent opener as Stevie’s voices slices through, his hand gripping the mike for security as he flails his long curls around during the guitar break. ‘ His mother told him to take the world in both hands’ and that’s exactly what he’s doing, she should be proud!

Followed quickly by ‘Take Me Away’ and then yet another from the latest album ‘Truth Be Told’ we drop into that nice slower number ‘Outlaw’. Stevie’s delicate handling of this fine lyric is interrupted when Rob and ‘Seeks’ guitars come crashing in, lifting the song and hurling it along like an ‘Outlaw on the run’.

‘Under My Skin’ again from the latest album, follows and then its ‘Wise Water’ a Bluesy slide driven number from their 2015 album ‘Halfway Home’. this features Rob on slide guitar. Balanced guitar from ‘Seeks’, an understated guitarist very much cast in the Paul Kossoff mould, he drives the song along in a very Free like stance.

‘I Belong’ is up next followed by that Planet Rock favourite ‘99%’. This has the crowd cheering and singing along, it’s catchy hook and it’s well and truly caught hold of the gathered crowd. The whole of the Rescue Rooms are now ‘Dad Dancing’ as Stevie and the band look on with a big grin on there faces. I think this song is a keeper!

‘The Mountain’ from the album ‘Truth be Told’ finishes off tonights set. Stevie’s voice now soft and gentle as he delivers the introduction to this great song, the twin guitars cut in again lifting it up a couple of gears and then its back down to that delicate silky voice that is Stevie Westwood.

All too soon they have finished the last song of their all to short set. The problem with being a support band is just when you’ve won the crowd over its time to finish!!

Another great night finished off with the now customary Led Zep inspired break.

This band is definitely maybe 99% one to catch and soon as they are going places as this year’s schedule has seen. Check them out when they tour with Mollie Marriott during November

My Mother Told Me