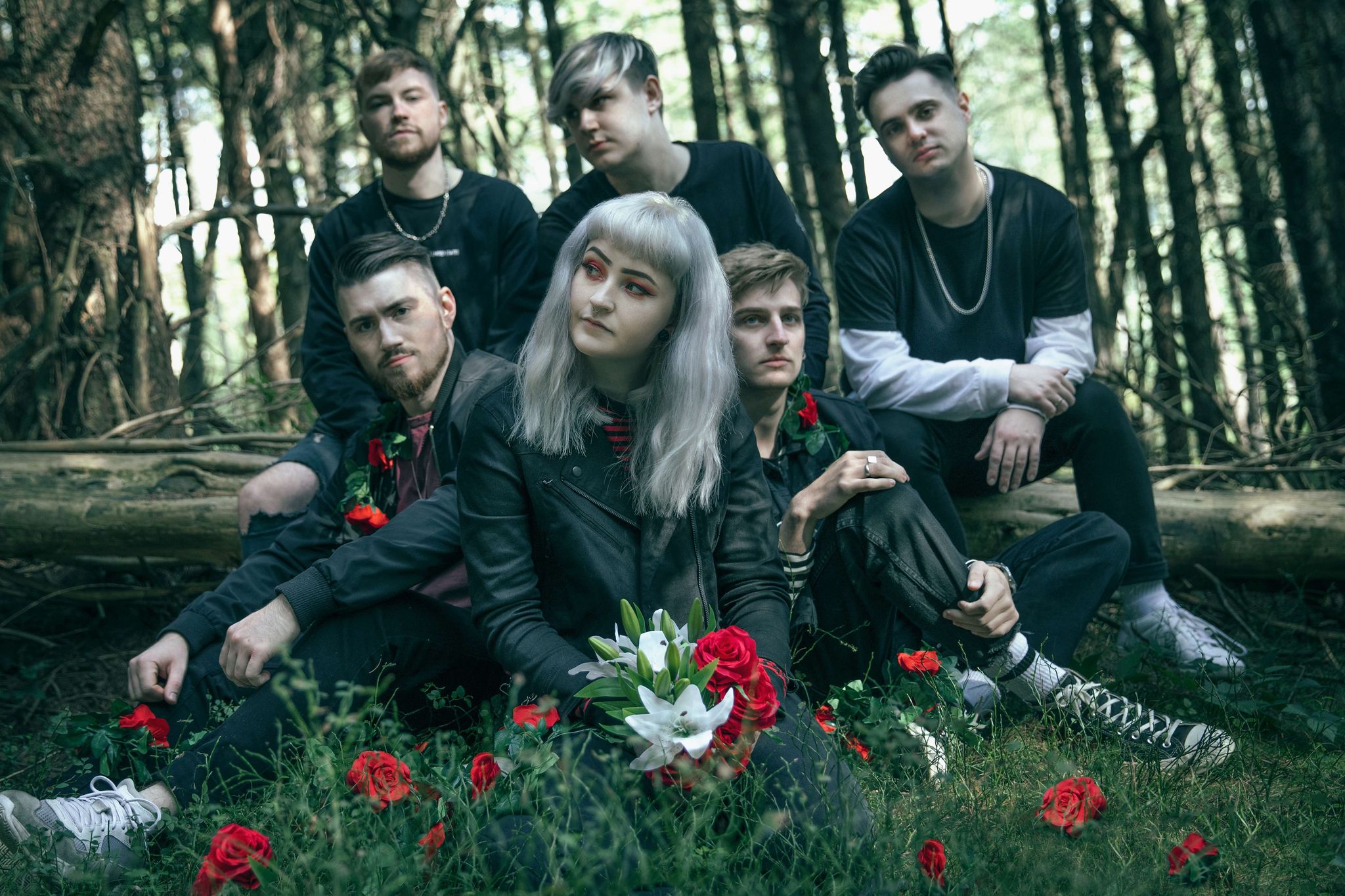 Following the release of the debut album ‘Within Each Lies the Other’ from metal scene newbies As Everything Unfolds, I got the chance to send some questions along to vocalist Charlie Rolfe and got to find out a little about the process behind the new release.

Firstly, thank you guys so much for agreeing to this interview, apologies that it’s by email and not face to face. I was lucky enough to be given the opportunity to review your new album recently and I have to say I’m impressed, it has a great sound to it and is a really strong debut album. How has the reception to the release been so far?

The reception has been insane, we cannot thank everyone enough for their support. We were very nervous about releasing our debut album, especially during this pandemic, but people have proved our worries wrong!

I gave a listen to some of your guy’s older works and the clear difference between songs like ‘Sleep Alone’ and this debut album has shown a great evolution in your work, so talk to me about the evolution and the journey you guy have been on? What’s the most notable change you’ve seen within yourselves and within your music?

We’ve come a very long way from our first releases. We write our music in such a different way now; back then we would often write in the practice studio which we thought was a great way of doing it, and in some ways, it is, as you can hear exactly what it’s going to sound like live. But things can also get frustrating, having to constantly play the same thing over and over. During the writing process for Closure and the album, we switched to writing using demoing. It’s been such a great change in the way we work as a band, it gives us the chance to refine our songcraft more eg. adding vocal layers, harmonies and the likes.

Is it quite surreal to see yourself reach the point of releasing a debut album? Why was now the right time for you to release your debut album?

Yes, it’s very surreal! It felt like it was a long time coming and probably far overdue for us. We had actually written and recorded this album over the most of 2019/2020 so it was a very natural process for us. We were just writing songs we liked and enjoyed writing, we didn’t even have any label interest at this point, so we weren’t trying to meet any quotas or anything.

I did read a little into the meaning behind the album and the writing inspiration behind it, about realizing you have issues and addressing those issues as well as personal ups and downs. Why did you decide to write this album with this theme at the heart? What do you hope your audience will take from the album in relation to this?

I just hope that people can listen to this album and feel like they aren’t the only person who feels the way you do. It’s a very personal album for me in terms of the journey I was going through in the process of writing and recording it, but I want other people to take it and apply it to their own lives, hoping it helps them.

Did writing this album based on something so personal make it easy to write? Did you find it quite natural to write or did it make it harder because it was very personal to you?

It was hard in terms of the personal stories and context, but it was a necessary therapy that helped me overcome a lot of anxieties in myself through writing and recording.

Did the writing process help you cope with these experiences/ make you learn something about yourself?

100%. It changed the way I view the world and how I view myself, but also as a band we became so much closer through the ups and downs of this album.

Has creating this album and delving into these personal journeys through music as a group brought you closer together?

Yes, it’s hard writing an album. Like it’s enjoyable, but the creative process can be frustrating between a group of people. We’ve learned what does and doesn’t work between us as a group, and we’re always looking for the best way for everyone to be happy. Not only that, but the challenges we had working on this album have only bought us closer together creatively and as friends.

On the topic of the writing process when working on songs is it a full group effort or do you all have your own areas that you work on?

We all work on elements individually but bring them together and always make sure it’s passed through the group and that everyone else agrees. Things are demoed and nothing is concrete until we record the official thing! Demos move around, things are changed, and we started scrutinizing our songs a lot more as we got used to the writing process.

Who named the album ‘Within Each Lies The Other’? And how did you come to decide on that name?

It’s a play on of As Above, So Below, which has been an idea very prevalent in the improvement of myself. You can’t accept the new you unless you accept that other you, the unhappy you, and learn to live with it to travel through to the good parts of you.

What are your favourite tracks off the album?

I honestly don’t have a favourite! I have favourite songs for every mood but no overall favourite, I love them all too much!

And finally, what’s next for As Everything Unfolds? Are you hoping to tour when you are able to? Are you already planning another album?

We’re already full steam ahead with what’s happening next. We’re planning loads of stuff behind the scenes and we’re just so excited to share the future of this band with everyone!

Again thank you guys so much and I wish you all the best!

Read the full review of the debut album Within Each Lies the Other here.