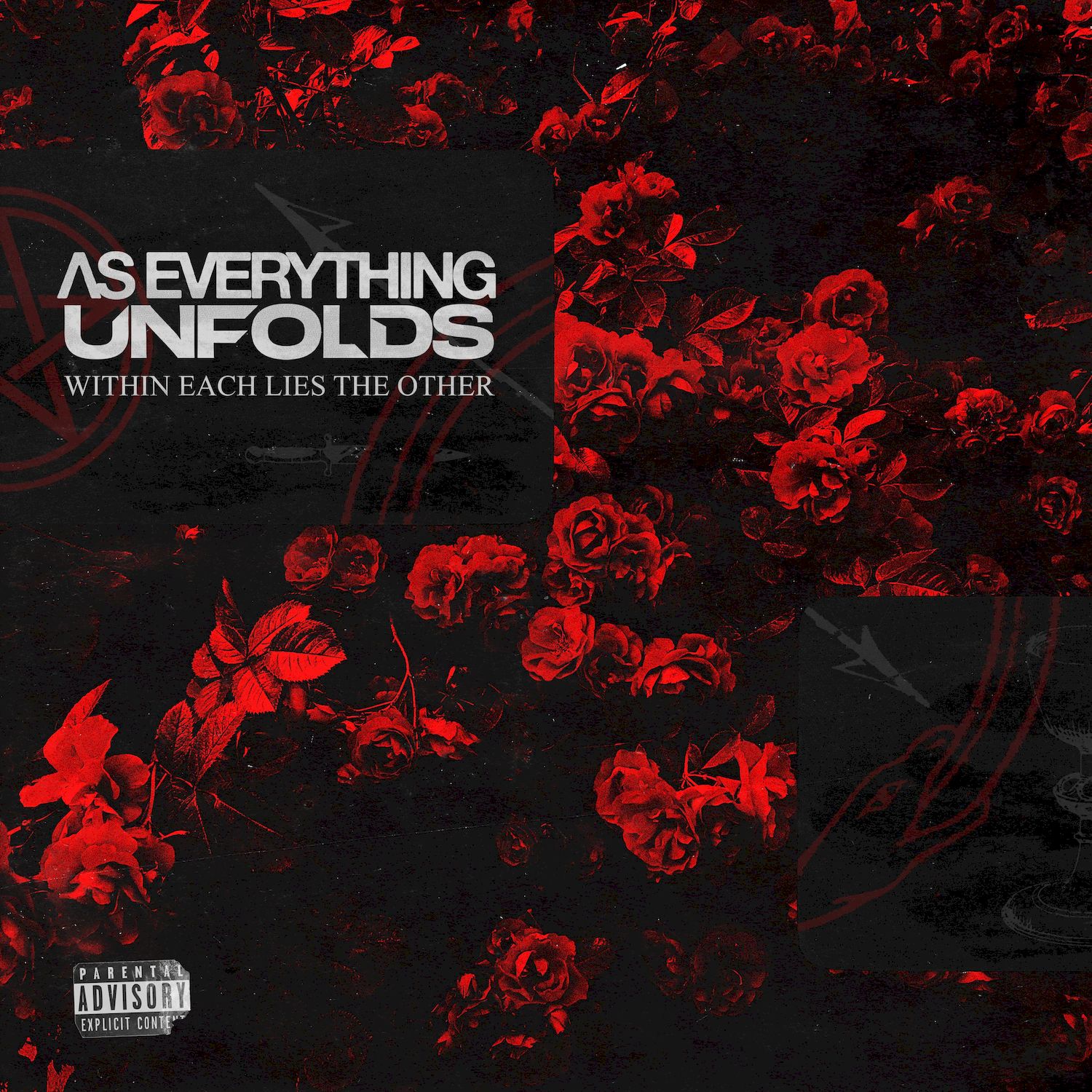 Metal scene newbies, though their youtube views would beg to differ, As Everything Unfolds released debut album ‘Within Each Lies The Other’ in the past week and unloaded 11 tracks of pure emotion and atmospheric riffs along with it.

The five-piece group, lead by frontwoman Charlie Rolfe, can only be described as a strong unapologetic combination of pop-rock and post-hardcore, that dips into metalcore when they feel it’s right. This fresh new debut has been in the works since their first EP ‘Closure’ was released back in October of 2018, with some of the tracks being written around the same time. But while a seamless link to the EP is apparent there is a clear air of maturity within this new release.

It’s an album that runs with the theme of recognizing a problem you have so you can learn how to deal with it and explores a range of modern-day troubles that I’m sure many listeners can connect to. In a recent interview with Rocksound, frontwoman Charlie described the message behind the album, saying: “As a band and people, we have all gone through our ups and downs, and everybody has been going through their own things. As an album, I feel like it represents that part of our lives, and those are the foundations it was built on.”

From the first riffs of the opening track ‘On the Inside’ Charlie demonstrates an impressive range to her singing ability, nailing belting notes in both clean and screamed vocals and alternating between the two with ease. This a feat that is notable throughout the album’s course, her style comparable to the likes of Janine Shilstone of Vukovi and Charlotte Gilpin of Dream State. Further, into tracks like ‘Take Me There’, there is real security that these guys know how to use their riffs and melodies, to complement their vocal style to complement their overall message.

Third track ‘WIllow’ signifies a turn in the album, taking a more ‘Paramore – Brand New Eyes’ take and starting off a landslide of diversity throughout the post-hardcore, metalcore, and pop-rock themes that rotate and meld throughout the course of the album. If there was a masterclass in creating atmosphere and emotion throughout different genres these guys would take the biscuit.

As this album draws to a close with final track ‘Wither’ it is clear to see these guys hold the potential to make it big in the UK metal scene, their passion and bite for their music apparent to till the final note of “In time, we’ll reconnect”. Within Each Lies The Other is a strong debut album for a group that has already made such a big impact in the music scene at such an early stage and I hope to see them take it even further.

Within Each Lies The Other is available now through Long Branch Records here.

“The five-piece group, lead by frontwoman Charlie Rolfe, can only be described as a strong unapologetic combination of pop-rock and post-hardcore, that dips into metalcore when they feel it’s right.”

Highlights: Willow, Wither, On The Inside