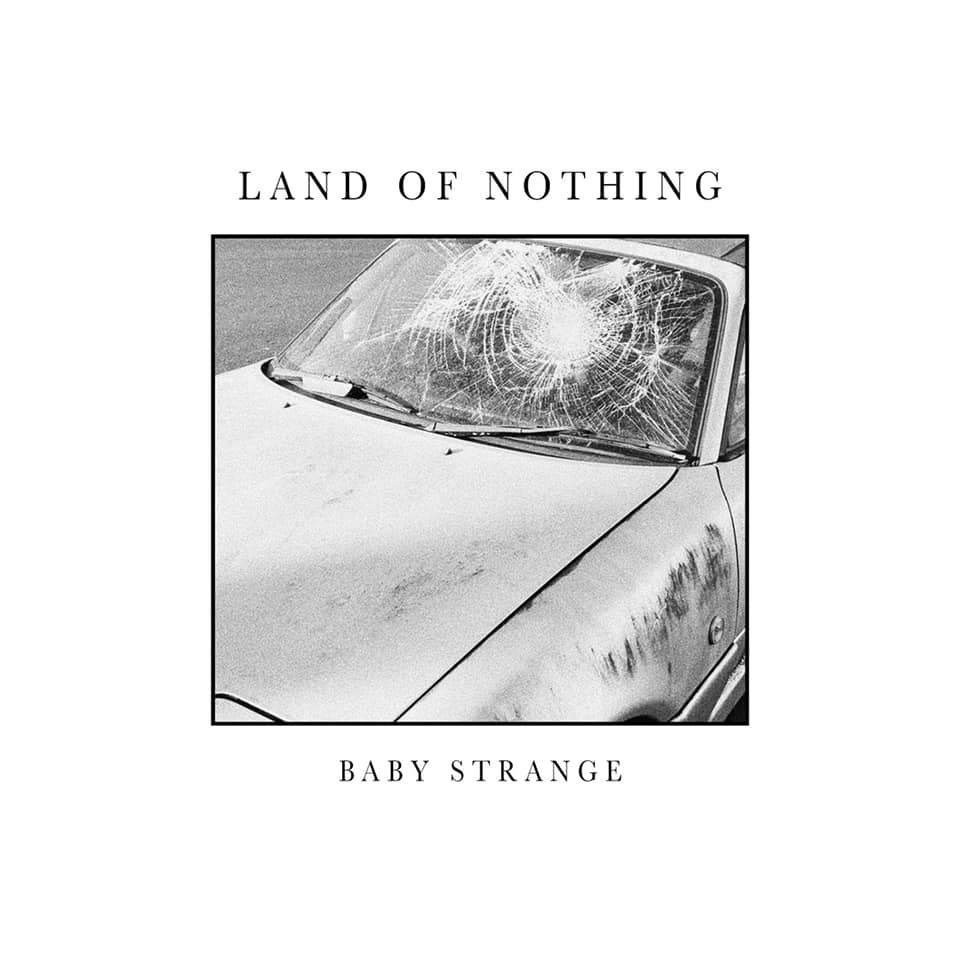 Glasgow trio Baby Strange bided their time bringing us a new release but ‘Land of Nothing’ has finally arrived and it really does pack the punch that was needed to project this group into the high ranks of indie-rock music.

The 3 pieces, whose name is shared with the T.Rex song from 1972 album The Slider, formed in 2012, first burst into the scene as tour buddies with English indie group Parma Violets a year later. However, no albums were delivered for a fair few years until the release of the debut album ‘Want It Need It’ on 16th September 2016. The record crashed out in the eyes of critics, receiving comments like “-you can file it next to Spring King, Catfish, and the Bottlemen and the rest of this year’s bloated and uninspired rock music.”, so the pressure was on to really deliver this time.

‘Land of Nothing’ consists of five upbeat tracks including recently released singles ‘Club Sabbath’ and ‘More! More! More!”. It’s a well-layered blend of the classic stylings of indie rock and the vocal edge of punk, with interlaced rock n roll vibes – they’ve managed to create a strong emotional closeness and a powerful punk passion that haven’t achieved before.

Opening with new single ‘More! More! More!’  they leaving you wanting just that. Its rambunctious guitar and rumbling bass lead into an exhilarating chorus line, it’s a bold choice for an opener but it gets the message across that they’ve come back fighting. The following track ‘I want to believe follows with a very similar pattern but takes on a melodic chorus style that’s catchy and doesn’t let the energy subside at all. They show throughout that, following the trouble of the first album, they don’t want to waste a second of this EP slowing down or wasting time – it’s punchy and straight to the point.

Further down the line track ‘Club Sabbath’ is noticeably influenced by a vast wave of indie rockers from the likes of Franz Ferdinand to smaller names like King No One. Appropriately named after the group’s own club night – it’s impossible to listen to the song without imagining it played over the speakers in the sweaty hours of an underground club. It’s anthemic, it’s euphoric and it’s exactly what we needed to remind ourselves that those nights will be here again sooner than we think.

The final track ‘Over n Over’ acts as that last track of the night before the lights come up – it has to be loud, it has to be punchy and it has to be one to remember. Without losing a second of tempo and energy it pulls the EP to a close and invites “everyone back to mine”.

The album as a whole embodies a classic night out and in its 5 tracks manages to sustain floor-filling energy that really has allowed Baby Strange to redeem itself. With a polished and precise theme, with the joy of a dancefloor beat and the rousing mess of a club night, it’s an EP that keeps you pining for those pre-pandemic nights to return.

‘Land of Nothing’ is available for purchase here through Icons Creating Evil Art.