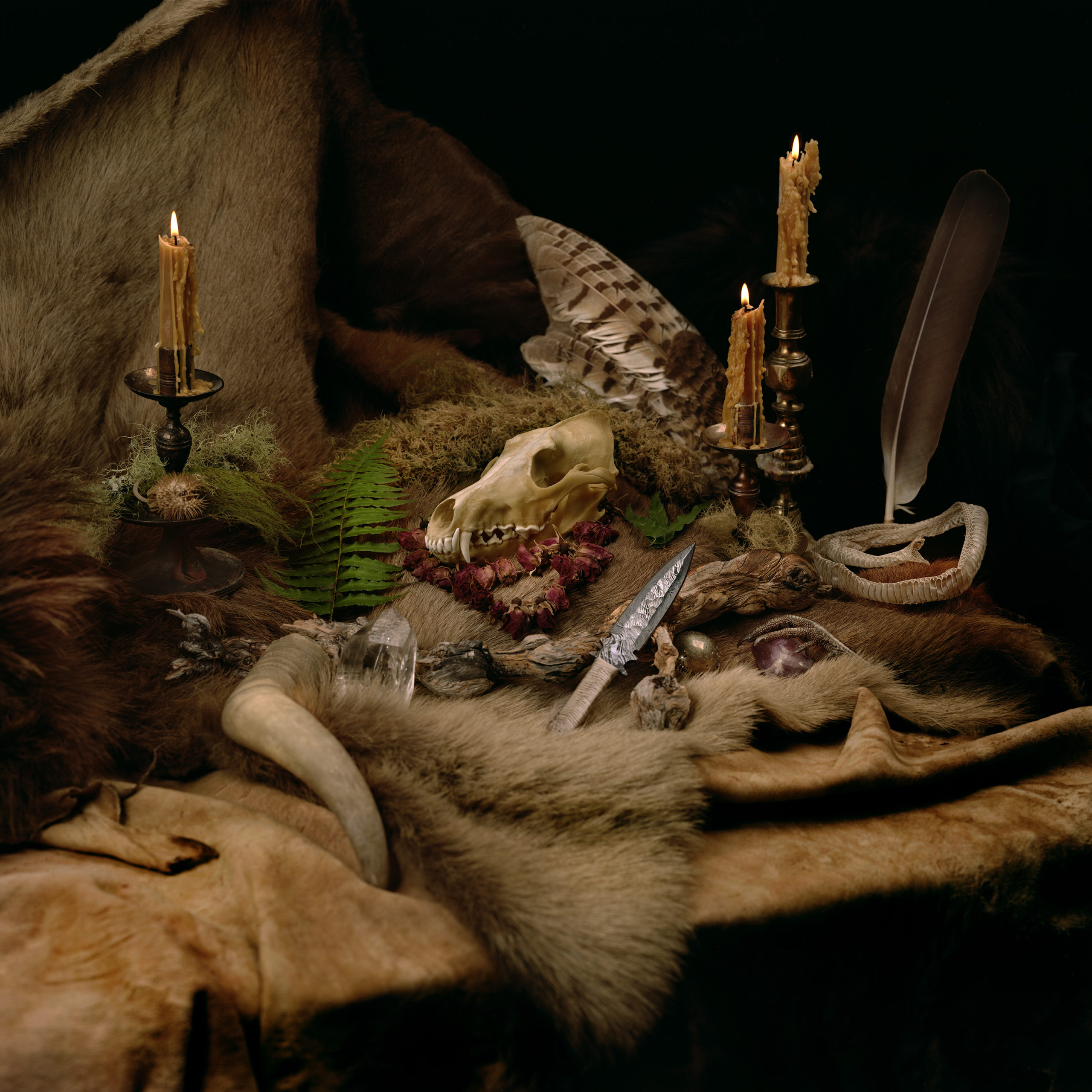 American black metal heavy weights return with a follow up to the generally well received 2017 effort of ‘Thrice Woven’, which saw the band revert back to their black metal roots as opposed to a more ambient, electronic experiment in 2014’s ‘Celestite’. Here in 2021, ‘Primordial Arcana’ sees the band continue in the same vein as ‘Thrice Woven’ but more of an evolution of that sound and style. Rooted in mythological and spiritual influence, this is also the band’s first full self-contained work where all aspects of recording, mixing and producing were completed by the core creative brothers Nathan and Aaron Weaver alongside keyboardist Kody Keyworth. The band have even built their own recording studio out in the Washington woods to host their creative construct.

First track and first single of the album ‘Mountain Magick’ gives a great taste of the album’s overall direction. We hear the band’s familiar distant tremolo picking riffs that race around you and an atmosphere like no other. A host of effects such as reverb, delay and others all contribute significantly to their sound and their ethereal/spiritual presence. Aaron Weaver describes there last effort ‘Thrice Woven’ as “very earthy” where as ‘Primordial Arcana’ has taken on a different form: “this album is a little colder and sharper—like crisp air high up in the mountains, closer to the spirit world and more removed from the realms of human beings. ‘Mountain Magick’ is an invocation of that energy. It’s an entry point into the world of magic and dreams.” It very much seems like an entry point into another world, as from here on out it becomes a very spiritual experience, especially on the next track ‘Spirit of Lightning’ where it opens with some folk-like elements and is reminiscent of some of Burzum’s work.

‘Primal Chasm (Gift of Fire)’ is easily one of the more sinister tracks on the record with a very evil vocal performance and some harrowing horn type sounds which I believe to be made from a synthesizer. Aaron Weaver describes their studio as having a collection of “rack synths from the 90’s” which has helped to conjure up some of the unique and mystifying sounds. A brilliant example of their creative use of these otherworldly sounds is in the next track ‘Underworld Aurora’ which includes a variety of ambient and also melodic synth phrases which gives it such great character and atmosphere, easily a highlight of the record.

Wolves In The Throne Room can also still very much bring the power of heavy with them as on the epic near 11 minute long track ‘Masters of Rain and Storm’, we hear some delightfully powerful and heavy riffs to satiate that head-banging urge I’m sure we all feel. That’s not the only part on display here however, as over the course of the track we are presented with excellent song-writing and structure and is a true staple of the band’s professional level. Closing track ‘Eostre’ is a 3 minute ethereal instrumental of magical synths that ends with the sound of a forest stream dancing through the forests. Eostre is the Germanic goddess of dawn and is usually associated with the Spring Equinox, so this could be the sound of dawn coming after a long and dark night or the sound of Spring coming after enduring a cold, harsh black metal Winter.

Wolves In The Throne Room have stepped up to the next level with this album which I would imagine is due to their increase in internal creative control and they have produced a well polished, structured and unique black metal experience while still retaining their own sound and genre authenticity. ‘Primordial Arcana’ is sure to be a landmark album for them and hopefully is the start of some truly incredible future works as their creative abilities and ideas flourish from here on out.