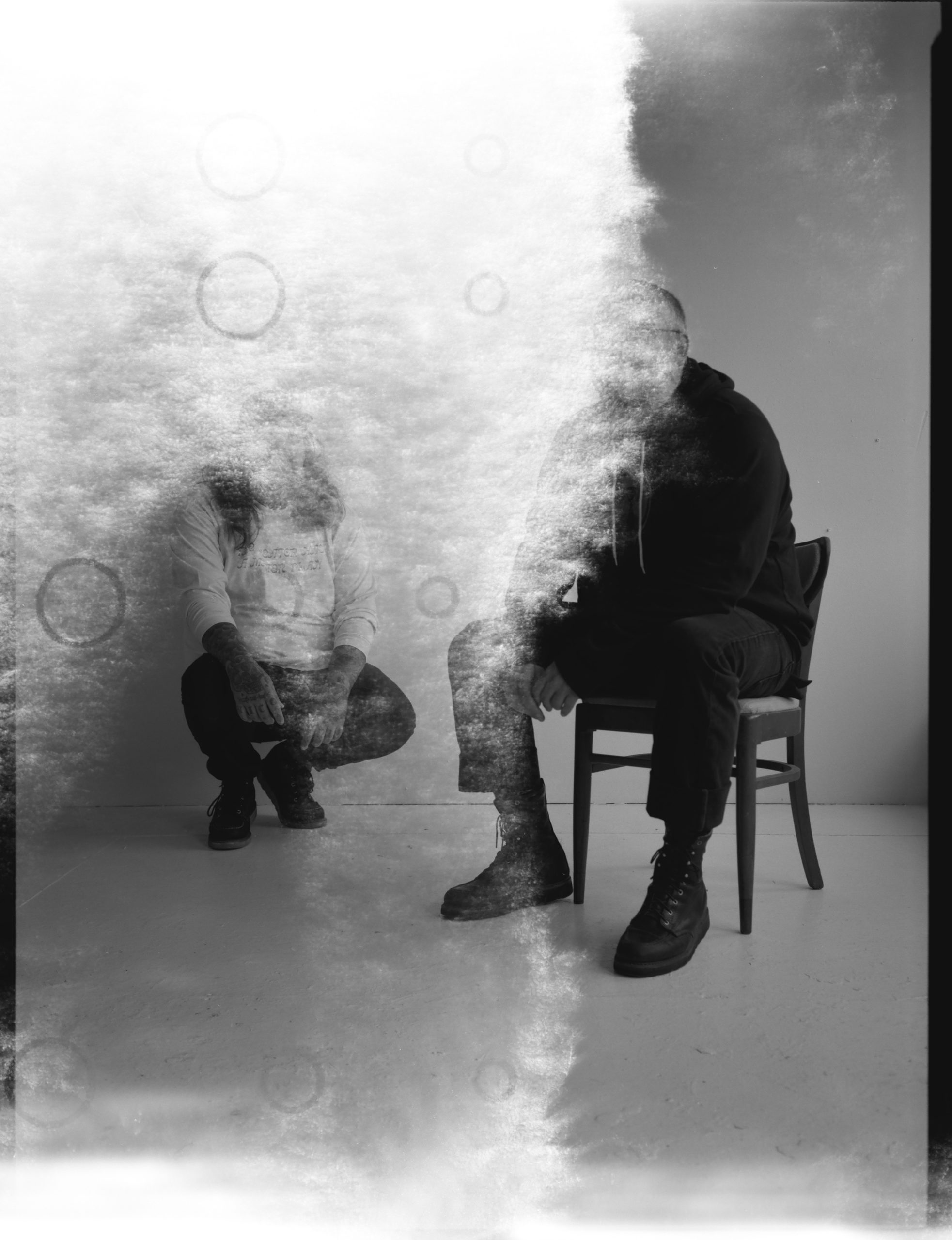 The heavy metal world is full of contrasts and contradictions. There are the devout and faithful that stick to the rule book in their quest for a heavy purity. Then there are those who will flirt with other genres, willing to bend the rules to birth a new flavour of heaviness. Then there are the rule breakers, some of whom just forge their own path with no awareness that there was even a book of rules in the first place, waiting to be torn to shreds.

The Body have always been pretty fricking heavy, though the shades of their heaviness have varied and evolved over their two decade journey, encompassing both electronics and the traditional tools of heaviness. With ‘I’ve Seen All I Need To See’, The Body aka duo Lee Buford and Chip King,

When assimilating a new album for review I tend to throw it on my playlist so I can listen on my headphones while walking my guide dog for miles on end. As the playlist transitioned to this album for the first time I was literally stopped in my tracks in a ‘WTF’ moment, my breath pretty much left my chest for a few seconds. The impact was literally staggering, but not entirely unexpected.

The Body have once more achieved something that feels extreme, intense and most of all, brutal.

This is an album that sounds like it broke most of the technology in the recording studio. I can imagine the mixing desk weeping as the circuitry was blasted beyond design specs, amplifiers running so hot that you could cook eggs and microphones literally recoiling from the audio onslaught. Such abuse, designed or otherwise, has been faithfully captured for us lucky listeners. Without a doubt, such an absence of regard for the tropes and norms of heavy music yields a result that many a metal consumer will shrink away from in horror. But for the rest of us, we are dragged along for a ride that is punishing yet immersive, bleak yet rewarding, and uncompromising yet honest. These recordings capture The Body back to their superstructure, the steel and concrete of their essence. Even then, the concrete is riddled with stress cracks and the steel is twisting under the weight, the heaviness.

Opening cut ‘A Lament’ is the longest on offer at around six minutes as well as being a highlight, showcasing the brutality yet also the experimental dynamics displayed by The Body. Spoken word gradually ushers in a world or tortured sonics that sound devastatingly potent. Spluttering, bristling guitars and thumping percussion do battle, and then I realised the war had not yet started. Everything suddenly, and seemingly impossibly, got even LOUDER. This track also amply shows off the elements I alluded to above, the studio and the engineer. The fellow in question is Seth Manchester of Machines With Magnets. Unconventionally it sounds like the entire mix of ‘A Lament’ has been forced through a gate that sporadically snaps shut, choking the sound jarringly and unexpectedly. The vocals are as uncompromising as usual and while the level of aggression is unquestioned, their place in the mix is akin to a stranded skier screaming into an approaching avalanche. The result only serves to enhance the perception that everything else is really fricking loud. On top of all this, somehow, a piano enters the fray (courtesy of Chrissy Wolpert I believe), and the end result is nothing short of apocalyptic.

‘Tied Up and Locked In’ clatters and batters its way into second place like a tank with knackered brakes. It has a distinctly higher tempo which is augmented by the suck pump rhythm of drum and guitar explosions as they jostle for dominance in the mix. The percussion here and throughout the whole album is impressively menacing, sounding huge even through the layers of saturation and distortion. The guitars puke splutter their way through spitting transistors and I wouldn’t be surprised to see slashed cabinet cones adding to the low end rasp and flap.

Elsewhere, ‘A Palm of Knowing’ quite literally snarls into life, more spoken words a precursor to a glacial droning set of doom riffs. Dirge at its dirtiest.’The City is Shelled’ has a stoner vibe to the main guitar riff, the marching rhythm set by a snare drum that sound like tree trunks snapping. The sound field fills beyond saturation as the track progresses, the china splashes causing the sonic equivalent of that second of blindness after a lightning strike. ‘They are Coming’ jostles for the award of nastiest guitar sound of all time as each chug and hack dissolves into fizz and sparks before smashing the listener in the face once more and repeatedly. The vocals are also at their most rending here, banshee howls scudding across the slabs of gnarly fuzz.

There is frankly no let up, no holds barred from the opening seconds of ‘A Lament’ all the way to the somber menace of closer ‘Path of Failure’. It is a bleak experience across the eight pieces that coalesce to create ‘I’ve Seen All I Need To See’. This album will impress and satisfy all The Body die hards, but more than that this is an album that needs to be heard by any fan of extreme music. It is so wrong, but somehow also right. Ultimately, albums like this are necessary to remind us that heavy music should be about not only pushing boundaries, but just completely ignoring them.