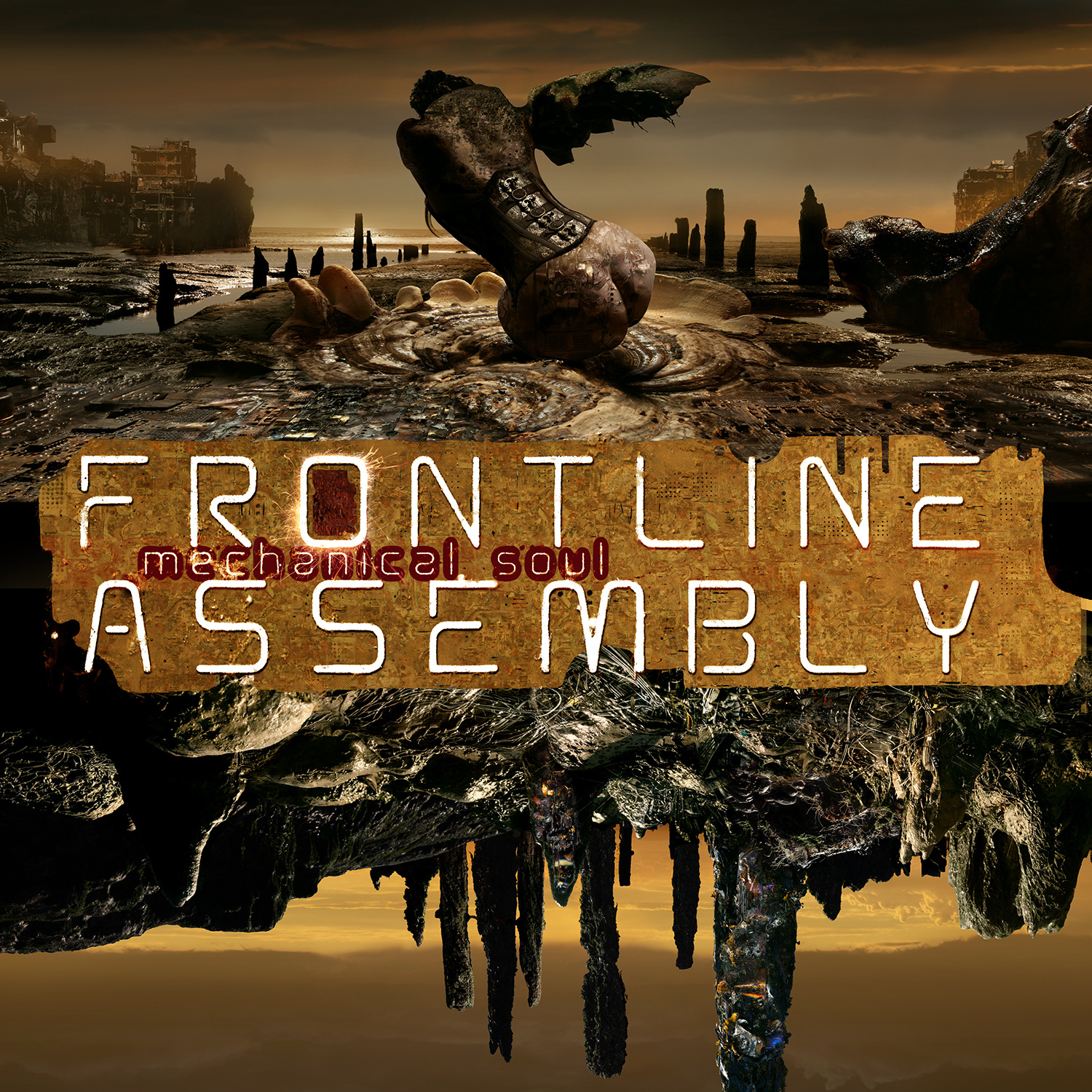 Electronic industrial legends Front Line Assembly dependably never stay away from the studio for long and the latest creation is this new album, ‘Mechanical Soul’. Out now on Metropolis Records, Leeb and Fulber have crafted another entirely solid chapter in a career spanning three decades.

‘Purge’ gets things rolling nicely with a solid stompable rhythm and trademark insidious hooks but proceedings blaze fully to life with second track ‘Glass and Leather’ which has a stunning bass riff that whips around the listener like a viper on crack. A solid 4/4 pummels the track its relentless trajectory and as typical of FLA there is tonnes of depth and layering to the sound which provide both muscle and panache. Another highlight follows with ‘Unknown’, which is probably one of the catchiest and accessible songs on offer. While everything about the tracks production sounds thoroughly modern, my mind is cast back to smoke filled moonflower strafed dance floors of the early 1990s where I would have been throwing shadows to Front 242’s ‘Tragedy (For You) ‘.

The pace relents somewhat with ‘New World’, vocoded vocals taking centre stage, while snappy percussion and texture-ful synths cast their sombre spell. The chorus vocal hook is sublime and among the best FLA have produced. The curiously titled ‘Rubber Tube Gag’ lands next, tempo suited more once again to stomping than sprinting. FLA have a knack for evoking memories and shadows of past albums without sounding dated or cliched and this track is a good example of this. Likewise, on ‘Stifle’, fans of the guitar heavy FLA releases, most notably ‘Millennium’ will enjoy the contribution of Dino Cazeras of Fear Factory. The funky bass lurking beneath the huge guitars and synths works a treat as the track demonstrates its brawn.

The album contains no weak tracks and is probably up there as one of the most consistent releases in their discography. The album progresses via the steady ‘Alone’ to the appearance of Jean-Luc De Meyer of Front 242 on ‘Barbarians’. His vocal adds pleasing variety to the album and the track is a belter with its gargantuan kick snare march and earworm launching hooks. “Front 2 Line 4 Assembly 2” anybody? Listeners are likely to be hoisted to their feet by the short and curlies by ‘Komm, Stirbt Mit Mir’ which is the most urgent sounding cut off the album, lobbing bass riffs and chanted vocal hooks with reckless abandon. Top notch. The last new track on offer is ‘Time Lapse’ evocative offers up another side to the band with bubbling psychedelic synths that would sound at home on a Legendary Pink Dots album. The track is still shot through with menace and dark undercurrents, so while it sounds trippy, it is more likely to be the stuff of nightmares than a flight of fantasy. A little extra value is provided with ‘Hatevol’ which appeared on predecessor album ‘Wake Up The Coma’, remixed by Black Asteroids for this release. While it has its sights locked on the dancefloor, the originating version remains my preference.

‘Mechanical Soul’ is an album with many strengths and highlights. One of the myriad reasons why FLA remain interesting to me the the depth and detail intrinsic to their compositions. Repeated listening reveals new subtleties and nuances which gives their albums longevity. To my ears, ‘Mechanical Soul’ is slightly less exploratory than its predecessor ‘Wake Up The Coma’ but is perhaps a tad more solidly consistent over its duration. Long time listeners will certainly be pleased and it is a great sounding album that will also intrigue any fans of heavy electronic music who are doing their toes into FLA waters for the first time.