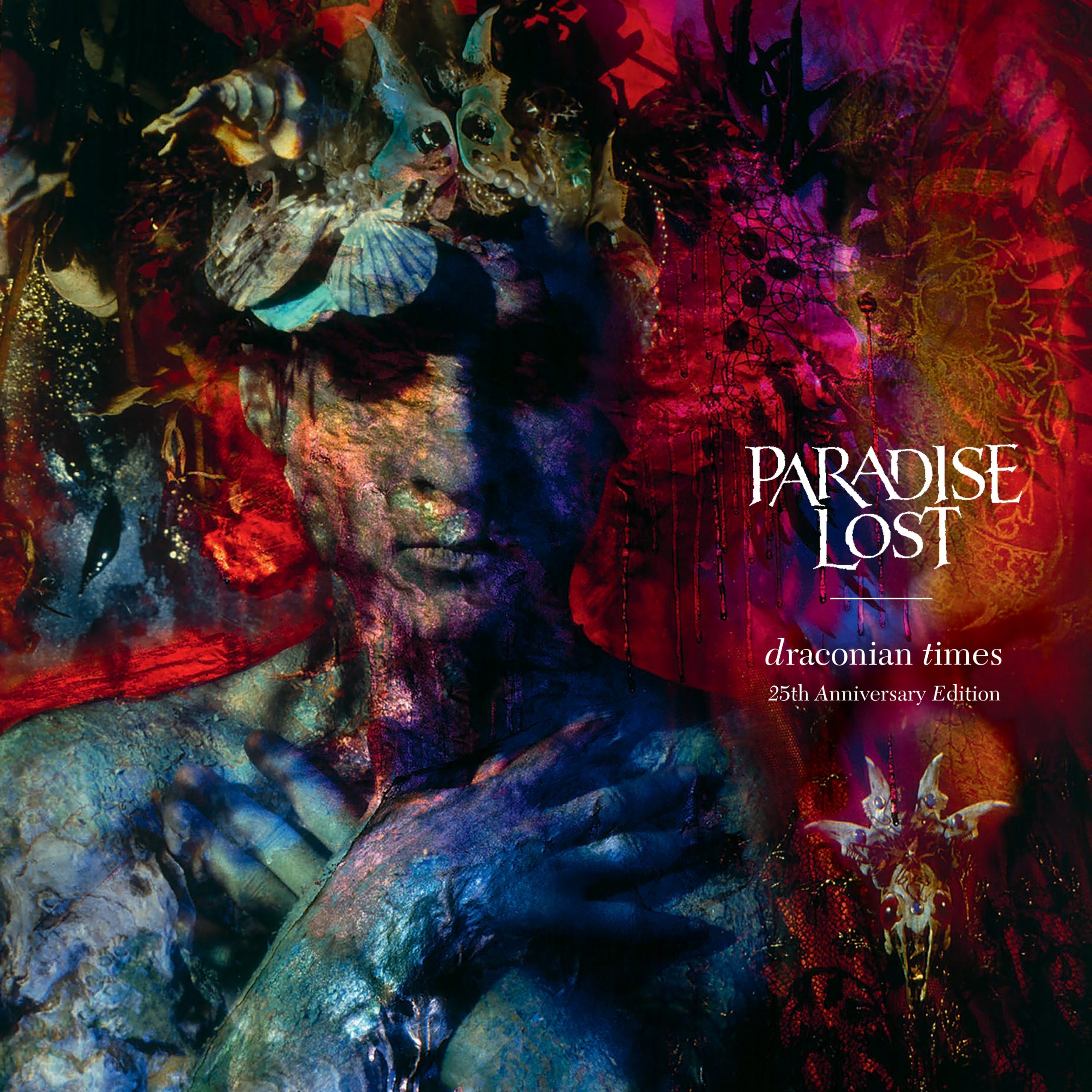 English gothic metal band Paradise Lost are due to release a special addition of their 1995 album Draconian Times, on 4th December, celebrating its 25th Anniversary. This was the band’s fifth ever studio album, and is rightly being celebrated with a brand spanking new re-issue on vinyl and CD. It’s certainly an opportunity for any big fan to reminisce and bring the album back onto their playlists. But what did we think of this re-issue?

On the band’s webstore, the newly printed vinyls come in an array of designs to celebrate this grand anniversary, and there is also a deluxe CD and vinyl straight from the vault that contain rare and unreleased goodness. So far, a winning deal without having to break the bank.

The album itself is as memorable as ever, still filling listeners up with that contemporary metal that fans know and love. “Elusive Cure”, a tidy 3:21 song, brings back some of those key memories of the band. This song definitely has some Metallica vibes, but Paradise Lost still very much have their own thing going on – and that is why this album is still such an influential masterpiece.
One of my favourite tracks from the album is “Enchantment” as it is full of character, and is the first track on the 1995 record. I love the introduction to the song with the piano, and the soft backing vocals create a great contrast throughout. It also really sets the scene for the album, and tells a story. This was also, in fact, a milestone point for the band too – as they crossed over from the Doom days into the mature Gothic band that we still know them as now. The added piano and backing vocals transformed their art into something more explorative.

Another hit track on this album is “Yearn for Change”, with its immense guitar playing and mix of talents. This could be one of my favourite tracks on this record. Lyrically, it may be simpler than its counterparts but the meaning behind them still shows through and compliments the rest of the song.

The album also includes several additional bits of content, including a few BBC Live sessions. I really like these add-ons because it gives fans an extra intimate piece of the band’s journey, sharing their accomplishments with those that have been around these last 25 years and more. This band weren’t just a breakthrough for themselves, but they helped form gothic metal into what we know it to be today, and so these demos really become the cherry on top of a great re-issue. Don’t forget there’s also a whopping 24-page artwork booklet!

Overall, it’s a good album. It’s Paradise Lost through-and-through, and the special edition vinyls have some great artwork on them too. It’s great for die hard fans who enjoy collecting, and the mere fact of owning every single release, repeat or not. There’s extra content, which gives this album a new lease of life, such as BBC Live sessions and demos. This type of “behind the scenes” content is really exciting to add to a fan’s collection, especially from an album that it now 25 years old. The remastering of the tracks has also been a nice touch, allowing fans to revisit the songs in a slightly new light.
Paradise Lost have managed to make very contrasting alums too, with not one of them sounding identical to the last. It’s a talent to keep fans happy while also releasing music that differs, but they seemed to have also mastered this. What’s not to like?!
To purchase some 25th Anniversary Edition items please check out the band’s website here. You can also find the band on Facebook here.