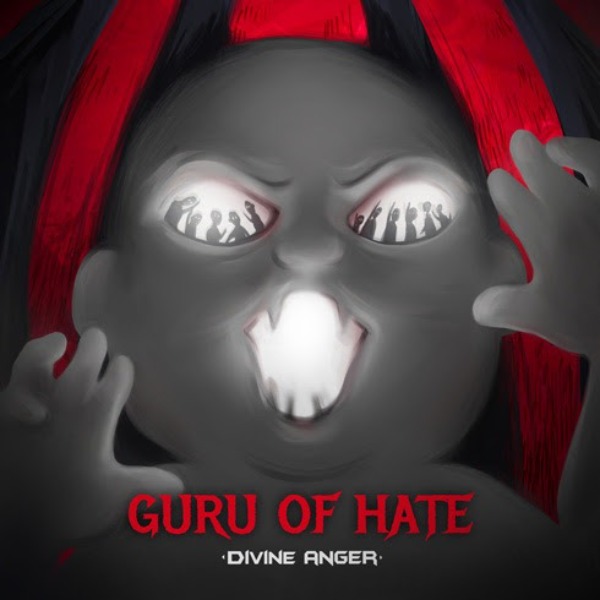 Divine Anger is one of the newest bands I’ve ever written about, founded in 2015 from the combined efforts of school friends Barry Ross and Luke Krämer. This dynamic duo went on to form a professional metal band a few years later in 2018 and have recruited four other members to flesh out the ranks and complete the Divine Anger machine. Operating out of Hamburg, this internationally diverse group are finally primed to hit the metal world stage for good after some delays to their plans from the pandemic, let us see what they have to offer!

Gunning for primarily a power metal stance and citing some influences including Iced Earth and Helloween, it might be quite easy to predict what Divine Anger would sound like, however this is certainly not the case. Divine Anger are bringing an eclectic mix of styles and approaches to their music that can sometimes feel a little disjointed or in-cohesive. It is easy to tell that they are a bunch of very talented musicians, but it comes across as if they’re not all quite on the same page, or if they are, they’re not really sure what story they fit into.

For example, opener and title track ‘Guru of Hate’, is a split between a “chorus” where we hear the title screamed over and over amidst a Sepultura-like backing and then switches to some distant vocals with the musical brutality toned down quite a bit – having dynamic control can be used well creatively, but here it is very much like having two different songs cut and pasted together. About half way through, we get a guitar lead driven section which again feels a little out of place.

One of their singles ‘Behind the Wall’ picks up the quality a little bit with some solid verses and powerful riffing. Until we reach the breakdown section where it just doesn’t seem to blend into the song as a whole, I’m not sure whether there is some production issue affecting it or whether it is down to the composition; it just doesn’t quite flow.

‘Always Now’ is their strongest effort on the album and is a good power metal piece. We start to now incorporate some of the melodic side of things here as well as cleaner guitars, slower melodies and an overall emotive performance. This is where Divine Anger really shines and is most definitely where they need to focus their efforts for future releases.

As we’ve already heard in some tracks, Divine Anger aren’t afraid to incorporate the heavier side of things, on the track ‘D-Day’ we even hear some thrash inspired rhythms and a much darker tone than the others. A fairly good rocker and will certainly get some heads banging but again just falls short of the quality that I’m sure they are capable of. Also, while transitionally the break in this track works better, the overall fit again is just slightly jarring.

Closer ‘When Angels Sleep’ is fortunately another high point where again we see some more mellow and melodic techniques used and there is some real good fast paced riffing and heavy metal throughout the bulk of the track. Although, the song does end quite abruptly, which makes you question “wait, was that the end?” or “did the music stop?”.

Divine Anger are a very talented bunch of metal musicians who clearly adore many different styles of heavy music, and while of course that is certainly no sin and it is advantageous to understand those styles, they don’t always work so well when put together. If they can hone in on their strong points such as the power metal focused tracks, Divine Anger could offer a substantial boost to the slightly waning sub-genre and inject a bit of life into it. This will certainly still attract a lot of fans, but hopefully on their next major release they can fine tune their trajectory and we will see what the creative minds behind the wheel can achieve.