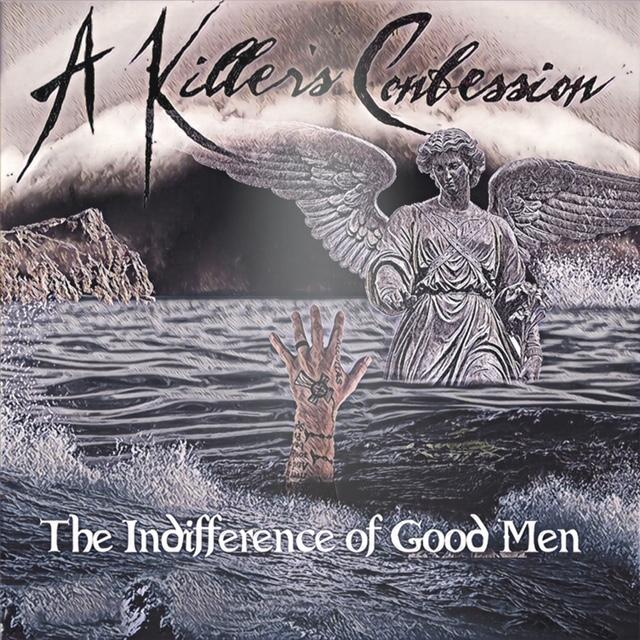 Unless you’re a pretty die-hard fan of metal or Mushroomhead, it’s probably unlikely that you’ve heard of this band. So, for anyone who hasn’t heard of this new band, allow me to fill you in. Following their formation in 2016, A Killer’s Confession have released their debut album, featuring a collaboration with Brain Welch of Korn. Founded by former Mushroomhead frontman Waylon Reavis, AKC have just dropped their follow-up album – The Indifference Of Good Men. Without further ado, let’s get into it.

The album begins with serious intent, presenting a powerful sound with the opening track – It’s Not Too Late. Incorporating influences from bands such as Motionless in White, it makes for a very formidable opener. Waves of heaviness combined with melodic hooks are further emphasized through Reavis’ potent vocals. It’s Not Too Late serves as an ideal introduction for potential new fans, showing them that AKC are as explosive as they are emphatic. Reavis is utilising his new project to showcase the full range of his voice on the album. From the melodic notes of Render, to the rasping and dissonant One Step. After his departure from Mushroomhead, Reavis stated in an interview with Loudwire in 2017 that after leaving, he had ‘no intentions’ of picking up a microphone again. Since then, I think it’s fair to say he’s come a long way.

There are two in particular that sound like they have Mushroomhead influences – Cocaine and One Step. While I’d argue that the latter is a better song, I believe most of the superior songs are the ones where Reavis moves away from his roots and experiments with a new sound. One Step is one for the fans of industrial metal, and anyone who loves the nitty-gritty heavy stuff. Cocaine feels a bit too ambitious, with the experimentation of multiple sounds clashing together. In contrast to this, The Shore is a track I really admire. While this song features plenty of space to allow it to echo, specific sections and some slick drum fills thrown in for good measure, Reavis really shows his talent on this song. He uses clean and pronounced vocals to draw you in, allowing you to really listen to his intriguing lyrics. The Shore makes for a more delicate song, yet it still hits hard enough in the chorus. Initially it felt simple, yet it has a wealth of creativity and originality. The 6/8 feel sets it apart from other songs, making it flourish on its own.

If you can look past the cheesy, programmed drums in the intro to Numb, then you’ll find a genuine tune. With a catchy chorus, emotional vocal delivery and well-written lyrics, this is one that will resonate with fans. A sound similar to Shinedown and Staind, you can be sure that this will become a staple in the setlist. Another highlight is track four – Angel on the Outside. For me, this has more of a Breaking Benjamin vibe to it, a massive instrumental sound lain underneath prominent yet melodic vocals. If you don’t sing along to this one, even quietly, there’s something wrong with you. Perhaps AKC’S standout song since their formation, and certainly one they can be proud of.

The main criticism I have is that it doesn’t feel like an album, but rather a collection of different tunes. Although it pleases me to see diversity and creativity amongst the songs, they seem to lack that cohesive nature which constructs an album. The Indifference Of Good Men feels like a compilation of songs across different points of a bands career. For example, you could be listening to Trust Me, then you could skip to Reanimated, and it feels like you’re hearing a different band. Despite this, it provides almost every fan of metal with a certain track that they can enjoy. Whether you’re into mainstream, nu metal or industrial metal, you’ll probably find something you like on the album Following this theme, the album has a few songs that stand out more than others.

The production of the album follows the pattern of the songs. Overall, it’s solid, but there are certain songs where it doesn’t quite make it up to standards. Trust Me sounds a bit too buzzy and crashy on the cymbals, although granted it also sounds like a Rob Zombie-esque track. Satisfied is another one that doesn’t sound as crisp as others, with it’s incongruous sound not reflecting it in the best of light. In spite of this, I want to finish this on a positive note. I Wish has been stuck in my head for days and it has become a personal favourite. It has everything. The lyrics, the balance of heaviness and melody, the awesome breakdown section. I Wish is one of those songs that due to the clearly illustrated sections of the song, it really tells you a story. In particular, it showed to me a real togetherness within the band, a tune that screams unity. As far as the production goes for this one, it’s crisp and well-balanced.

In conclusion, The Indifference Of Good Men isn’t a complete masterpiece. Alternatively, it is a very solid and expressive album that shows what this band is really capable of. Considering this is only their second album to date, you can expect A Killer’s Confession to keep improving with every step they take. I’ve enjoyed listening to it and I would urge you to do the same.

Highlights: I Wish, Angel On The Outside, Numb

The Indifference Of Good Men is out now via WakeUp! Music Group.