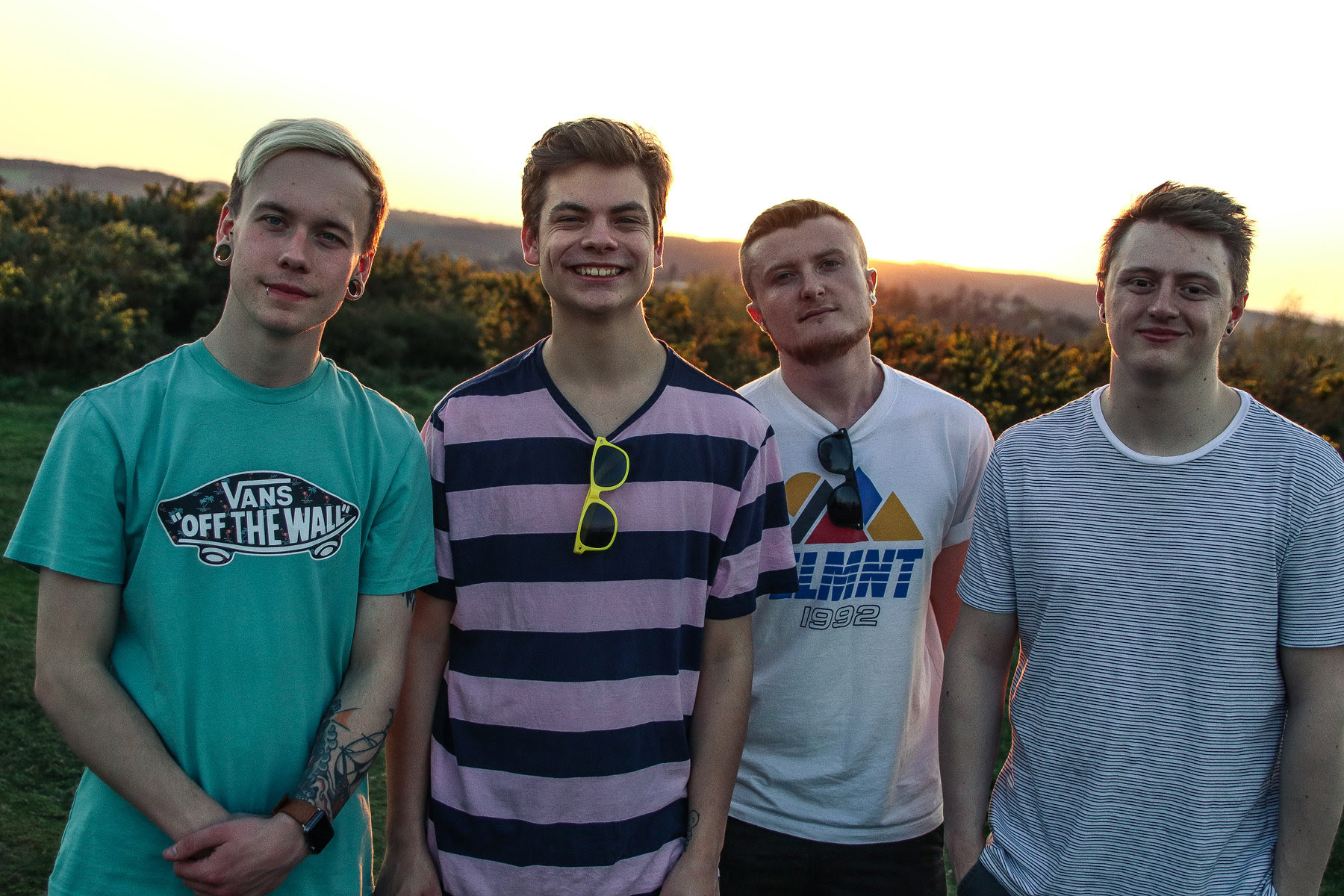 “It’s quite possibly our favourite video that we’ve ever put out as it matches the song in terms of honesty,” enthuses You Know The Drill frontman Benji Yapp of the band’s new video single ‘Homesick.’ Viewable here, Yapp continues: “It’s a song about the downsides to touring and wondering if you’re wasting your time on a dream that you’re never going to catch. We wanted the video to match the positive vibes of the song, rather than the dispiriting tone of the lyrics, so we brought our friend Mikey of Schmannly Visuals out with us to capture the best parts of touring. It features clips from the studio, our set at Slam Dunk Festival and even a Brady Bunch-esque sequence where we try some Carolina Reaper Chillis (Spoiler: They sucked…A LOT).” The single is the second to be released from their forthcoming sophomore, with ‘Snake Eyes’ here having already racked up in excess of 20,000 views. EP ‘Selfhood’ will see release via Scylla Records on 22nd June.

Completed by Luke Astley on Guitar and Vocals, Damo Darby on Bass and Brad Potter on Drums, the quartet followed-up 2016’s debut EP ‘Losing Streak’ with plenty of touring, including their first UK headliner and a Slam Dunk festival slot. When it came to ‘Selfhood’, the band spent plenty of time writing, to get things just right: “We tried hard to not let ourselves be limited by the “pop-punk” label and just write without worrying what people are going to think, which we definitely feel ended up benefitting the record.” They also worked with a fine array: ROAM’s Alex Adam for pre-production; recording between Nightcrawl Studio with Richard Dack and George Daly at The Ranch; mixing by Seb Barlow at Celestial; mastering by Grant Berry at Fader.

The EP sees Astley supporting Yapp on vocals for the first time, bringing a fresh dynamic and complementing their newfound maturity, with the band saying: “this record still sounds like us, only more grown-up”. A must for fans of ROAM, State Champs, and New Found Glory, the band declare: “Selfhood has a little more direction, but at the same time it varies more. This EP feels like the first time we have properly found our sound and felt happy with who we are as a band. This record fills us with confidence that we can do anything we try and we hope everyone else feels the same way when they hear it.”