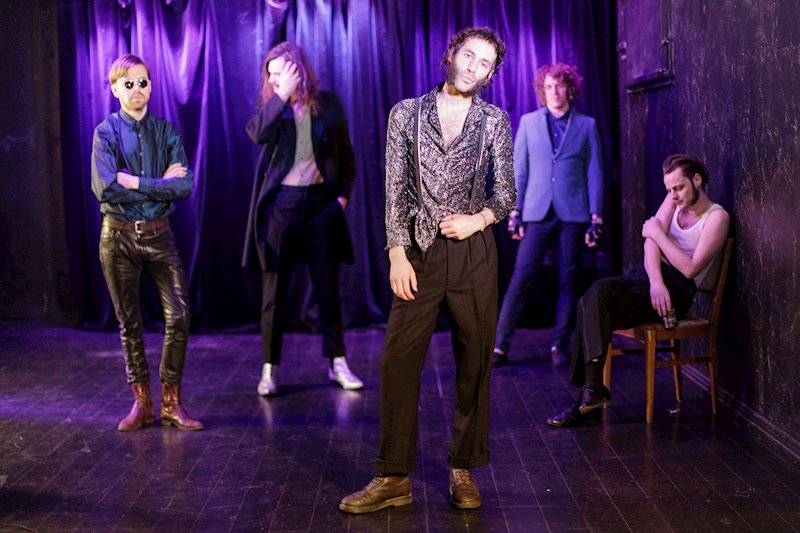 Welcome to the wonderful, twisted world of Stockholm based five piece The Scrags who are just about to release their second album ‘Anything’ on Canadian Indie label The Grizzlar. The album is an energetic mix of Garage, Punk and Psychedelia, whilst making it they’ve been influenced by The Stooges, Velvet Underground, Suicide, Modern Lovers and Black Flag to name just a few.

After a tour stretching from Vancouver to Winnipeg, over 1,500 miles in an old Chevy,  playing  all kinds of random venues, including a gymnasium in a Native Reserve pastorally named Eden Valley, the band decided it was time to unleash ‘Anything’.

It was largely recorded live on tape, which is the only way of doing The Scrags’ eccentric live performances justice on record. It is at times melodic and melancholy as well as being dark and beautiful.