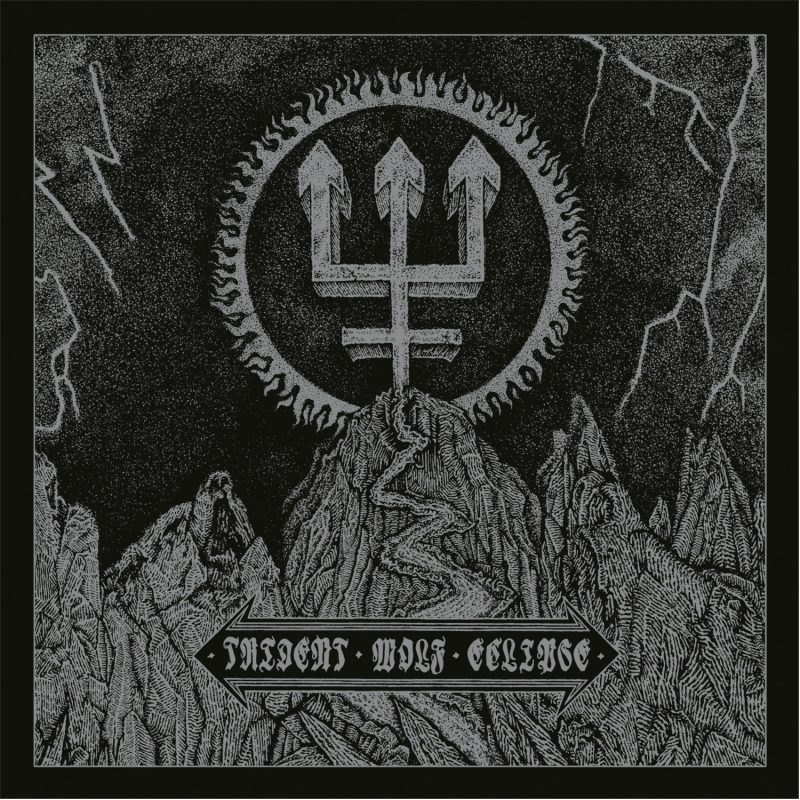 Watain is a band that will need little in the way of introduction for anyone with even a passing interest in black metal. The Swedish band has made quite a name for itself since its inception in 1998. They’re a band who insists on maintaining the mystique of early black metal, creating music and live rituals based on Theistic Satanism and successfully combining this with furious energetic grimness.

It’s been five years since the release of ‘The Wild Hunt’, an album which divided opinion, taking a step away from pure unadulterated blackness of previous releases and presenting a more experimental Watain. Personally, I loved ‘The Wild Hunt’, particularly the slow clean sung track ‘They Rode On’ which turned off some of the band’s more orthodox fans.

Watain is renowned for their extraordinary live performances. Cleverly, they’ve written ‘Trident Wolf Eclipse’ with live performance in mind. It is raw and brash. There’s no filler on this album – each track packs a real punch and would be welcome on any set list.

‘Nuclear Alchemy’ comes sprinting out the gates straight away, setting the tone for the rest of the album; fast, ferocious and nasty. ‘Furor Diabolicus’ is a sexy little number indeed. The many tempo changes give it the atmosphere of a swirling maelstrom with the listener being swept up. Just go with it, it’s glorious. ‘The Fire of Power’ is a cold and powerful track which is sure to stay with the listener for a while.

What Watain has done with ‘Trident Wolf Eclipse’ is to return to their status quo. Fortunately it’s a wonderful, exciting and satisfying status quo. Fans of their 2010 ‘Lawless Darkness’ and 2012’s ‘Opus Diaboli’ will love this album. It’s fair to say they’ve played it a little safe with ‘Trident Wolf Eclipse’ but I’m not mad about that. It’s going to sound great live and I can’t wait to enjoy that in London on 12 January and at Bloodstock Festival in August.

Trident Wolf Eclipse is out January 5th through Century Media