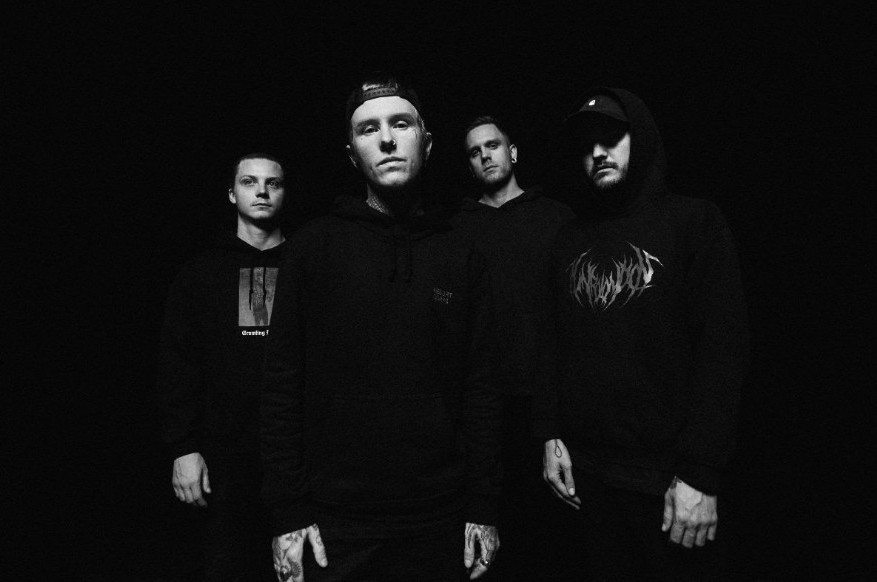 Check out the visualiser for ‘new low’ below

Presenting lyrics filled with anger and self-hatred, the four-piece effectively blend intense and crushing guitars with catchy yet aggressive vocal rhythms. thrown aim to become prominent with their modern take on heavy music.

thrown are bringing their A-game from day one. The band are making a strong first impression with ‘new low’, as well as previous singles ‘grayout’ and ‘fast forward’, which include the work of the band’s drummer and producer Buster Odeholm and music video director Lucas Englund (Parkway Drive, Architects).

Vocalist Marcus Lundqvist is joined by Johan Liljeblad and Andreas Malm on guitars, and drummer Buster Odeholm (Vildhjarta, Humanity’s Last Breath), as thrown begin to spread their message of self-loathing through their mix of gut-punching metalcore and anger-inciting hardcore.

With ambition already pushing the band to seek out touring opportunities throughout 2022, it’ll be no time before thrown have you singing along and exorcising all your anger in the pit at a live show.