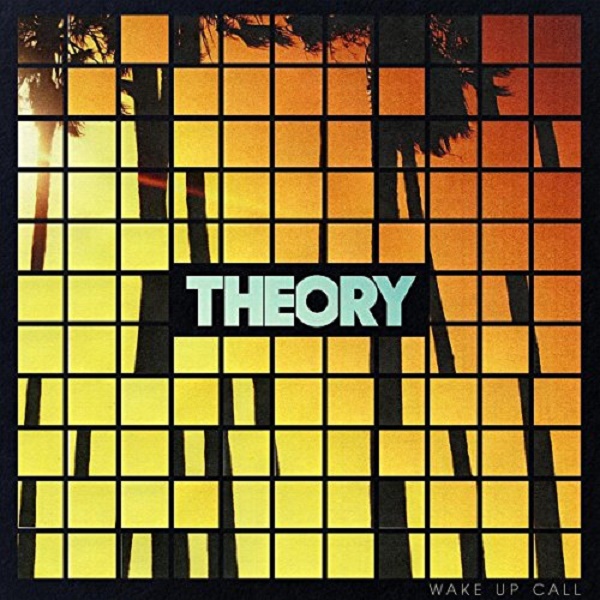 Theory of a Deadman are a rock/alternative band, who originate from Vancouver, BC Canada. Comprising of Tyler Connolly on Vocals/Guitar, Dean Back on Bass, David Brenner on Guitar and Joe Dandeneau on Drums, they were originally formed in 2001, and in this time they have achieved nine songs reaching Top 10 in the rock charts, including the Number One hits “Bad Girlfriend,” “Lowlife,” “So Happy,” and “Angel.” Theory of a Deadman decided to ‘factory reset’ their sound when it came to creating their sixth album, Wake Up Call, using a totally new approach to their material. The more melodic, delicate style that defines this album is a brave effort from this well renowned band.

Tyler Connolly’s view on how this album may be perceived in his own words is “It might be a little awkward, but we were always a songs band, not a sound band. We’re not AC/DC,” he says. “We’ve also been seeing that rock music was becoming smaller, more of an invite-only clique, and we really wanted to make something big and very progressive for us. And hopefully, the rest of the bands will cheer us on, and maybe be a little less afraid to try something different.”

Straight Jacket is a decent track to kick off this album, in keeping with trademark Theory of a Deadman traits. Although the lyrics are a bit of a mouthful, the overall track is inoffensive, a bit of a pop/rap concoction. RX (Medicate) covers drug addiction and the lyrics strongly suggest that just about everyone has to do drugs some times in order to get by, and Tyler Connolly tells a story of feeling useless in a world of negativity, with everyone around getting high in order to cope, and nothing can be done to change it. He talks about being so bored that he’ll just sit around and ‘medicate’.

Echoes has intense lyrics such as ‘you were there now you’re gone, big mistake, how do I move on.’ It seems to be telling a painful story of how someone feels when a relationship goes wrong, an emotional tale of losing someone. The powerful beat and strong vocals at the start soon develop into a dramatic climax which then fizzles out at the end. Wake Up Call is an evocative ballad, fully loaded with piano and acoustic guitar which paints a picture once again of losing a love and feeling empty. In my opinion this track should do well, and is one of the stronger tracks of the album. PCH is definitely more pop than rock, and is undemanding to the listener. The theme of the track seems to be how it feels to miss being around someone when they are away. G.O.A.T relays admiration and respect for another’s strength and determination, you can make your own assumptions as to who this is about. Loner is a story of someone who seems happy just living their life under the radar, being at peace just ticking along with their life, with lyrics such as ‘None of it matters anyways, I’m a loner and that’s okay’. Time Machine grabs your attention with its catchy, country beat along with a simple but effective guitar motif. Although the lyrics are still addressing a break up and wishing to go back in time to when things were good in a relationship, the song itself has an uplifting feel to it makes you want to play it over. Glass Jaw has great lyrics and an appealing chorus that whether you like it or not, will be cemented in your head, and you’ll be singing along to this in no time. Po Mouth is a quirky addition to the album, funny and upbeat, has a bit of a ‘Peter Andre’ feel to it in places, but even so, catchy, funny, and a distinctly different sound to other tracks. Wicked Game is a bonus track, a cover of Chris Isaak’s legendary 1989 hit. A solid rendition of this song, it’s certainly worth listening to.

Wake Up Call is 11 tracks of what should be described as pop/rock, or even, in some places, just pop, and whilst it’s a lot lighter than previous work from these guys, they seem to have achieved what they initially set out to do, which was try something different. I’m no ‘pop’ expert, but I feel that they’ve done a good job, even though the much used, break-up themed lyrics did get a little mind-numbing. They’ve not played it safe like so many other bands, they’ve bitten the bullet and showcased other material that they are clearly capable of producing. The strongest tracks for me were Wake Up Call, Time Machine, Glass Jaw and Po Mouth. Whilst you should appreciate that this album may not win the hearts of established Theory fans, it may pull in a new type of listener, and credit to these guys for having the balls to give it a try. Not so much a journey down the Highway to Hell, more of a stroll down Easy Street.

Highlight  ‘Not so much a journey down the Highway to Hell, more of a stroll down Easy Street.’