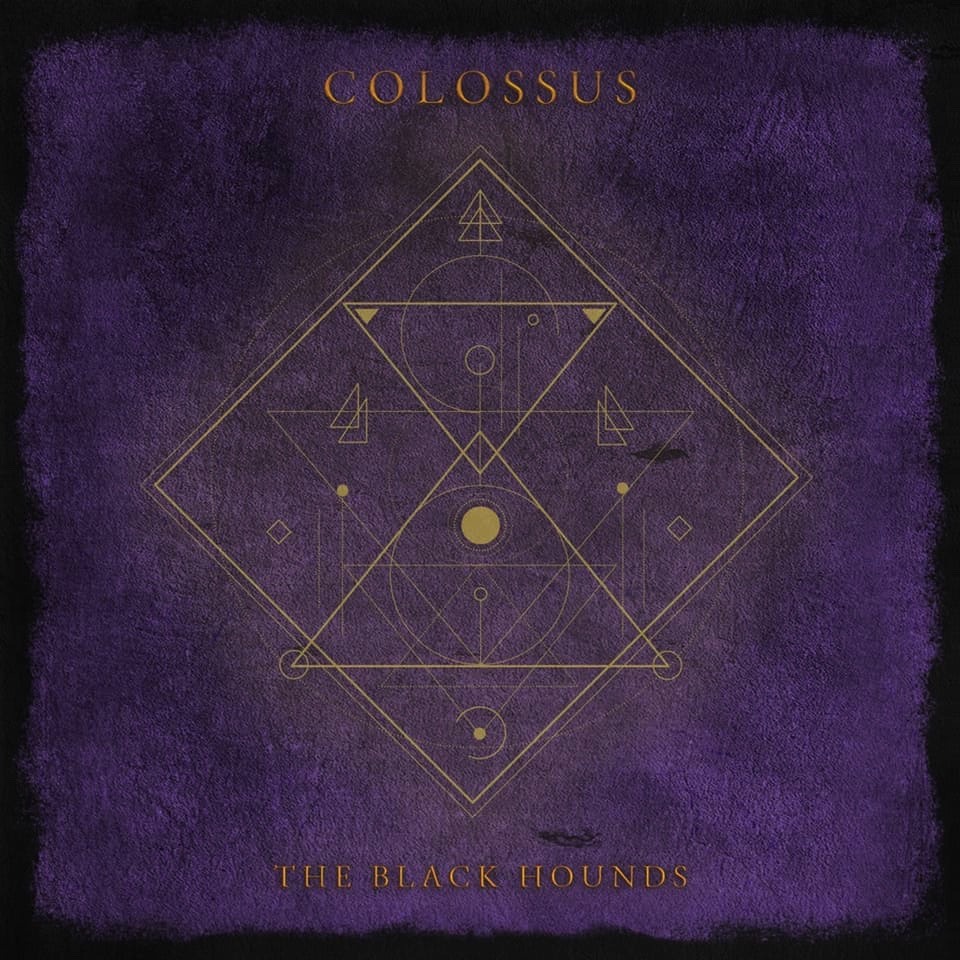 The intro strikes up, soothing and mellow guitar with the essence of the Doors’ ‘The End’ and a scene from a Spaghetti Western. However the backdrop isn’t a deserted Mexican village, it’s a deserted and overgrown carpark in Wolverhampton. A band, four guys dressed in black, start playing and as the gulls fly off, the crows start to land. Such is the initial impact The Black Hounds have on my imagination, what is it with the West Midlands and the ability for the home grown talent to produce bands like this? Tony Iommi put it down to the rhythm of the hammering in the factories, although most of those have long gone, the legacy continues, this band are the bastard sons of Black Sabbath, with some genes of Iron Maiden and Machine Head  included.

The eponymous track lives up to its name, a behemoth of an animal. The shuddering riffs are enough to move the earth beneath my feet, with merciless vocals attacking every weak spot. It certainly gets into swaying vigour, the two lead guitarists must be telepathic, so tight. The relentless and severity continues on ‘Ruthless’ at one point the shredding is so crushing, the weight is a like the U.S Marines whirling a helicopter just overhead. There is a clever use of guitar scales to counter balance the harshness, which is something the Black Hounds are good at, most tracks have a lot of shape to them. ‘Crown Of Bones’ is in the Iron Maiden vein and the rhythm section pummelling is similar to that of an automatic nail gun.

The single ‘Defy Messiah’ has a riff that repeats and hangs, it’s a real motherfu**er and does some legitimate damage. Having an incredible instrumental piece halfway, is not just creative it’s a defining moment, it turns an already thunderous song into one that has class. Going back to early Sabbath, ‘Numbered Days’ has that feel, but with more spoken lyrics that are spewed out with aggression. Following on ‘Part Of The Machine’ has so much fuel on the guitar, Mr Iommi must be sucking his teeth with envy. What a sleazy grind of a track, how impressive is this, they delve deep and with menace and come out the other side loaded up with this top notch stuff, no wonder they were shortlisted for Best Metal Band at the 2019 Black Country Music Awards and earlier EP’s have received so much acclaim. Eighth and final one is ‘Judgement’ another mellow intro that soon descends into malevolent and supreme pleasure. Since their inception in 2013, The Black Hounds have been attracting fans like a magnet, so much so they have relaunched some of their back catalogue, got to be worth a visit.

It’s not very often that I have to write a review straight after listening to an album, I usually give it a day to sink in and allow my thoughts to gather, but not with Colossus, my words just flowed with ease for this monster. Thoroughly enjoyed playing this over and over today and yes their magnetism has attracted another fan.

Colossus is released on 14th August and you can get your copy HERE.

‘pummelling is similar to that of an automatic nail gun’

The Black Hounds are –

All songs written and recorded by The Black Hounds.