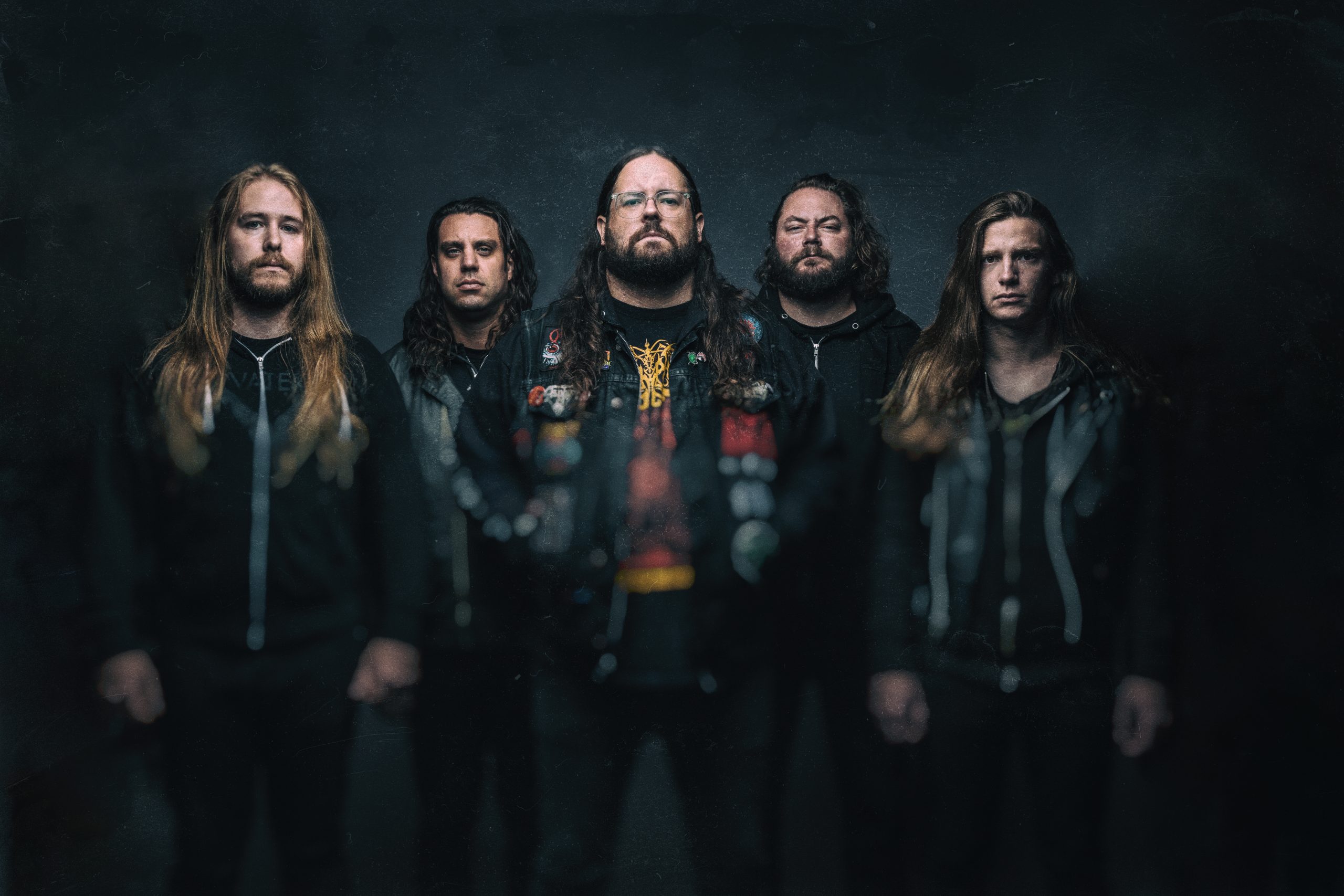 American Melodic Death Metal band The Black Dahlia Murder have been going since 2001, and have released nine studio albums. Their latest record, Verminous, was released earlier this year, supplying fans with ten new brutal tracks. It is one heck of an album for any super death metal fans, but has this got our thumbs up?

First off, the album artwork is as expected from The Black Dahlia Murder; a striking colour, a depiction of a run-down world, and a one-word album name. I like that there’s a continued theme with their artwork, as it brings a narrative to their music. I feel like I’m going through levels of Dark Souls, and at some point during a chorus outbreak I’m going to be met with a Lord of Cinder who is going to show me just how puny I am.

Music wise, “Verminous” is the first track on this album, and it starts off quite eerie with the sound of water dripping, and echoing like it’s in a sewer. The guitar riffs mid-song are impressive, and the vocals are consistent. This song makes me feel like I’m just entering the world of Verminous, and I’m in those sewers with the, well, vermin. It’s a great song to start the album off with.
“Godlessly” is just as quick and snappy as its predecessor, and progresses the album nicely. The lead guitar in this song is, again, really impressive and breaks up the sound nicely.
The only downside to this genre, usually, is that it can be hard to make tracks sound different from each other. You can hear this a little bit still, in this album, but the guys have done a great job in giving each track an element of difference.

The last song on this album, “Dawn of Rats”, is a nice finisher because it kind of depicts the rise of the vermin from this world they have created, which brings it to a close. However, it’s not the strongest song on the album. If I had to choose my favourite track off the entire record it would have to be “Child of Night”. It covers everything you’d want it to, from a range of vocals to some immense lead guitar.
Overall I enjoyed this album, and think that it is a great addition to their discography. The artwork is great as always, each track brings the listener something new and I like the way the band have created a bit of a narrative – which they have carried on throughout their career.

You can find The Black Dahlia Murder on Facebook here.