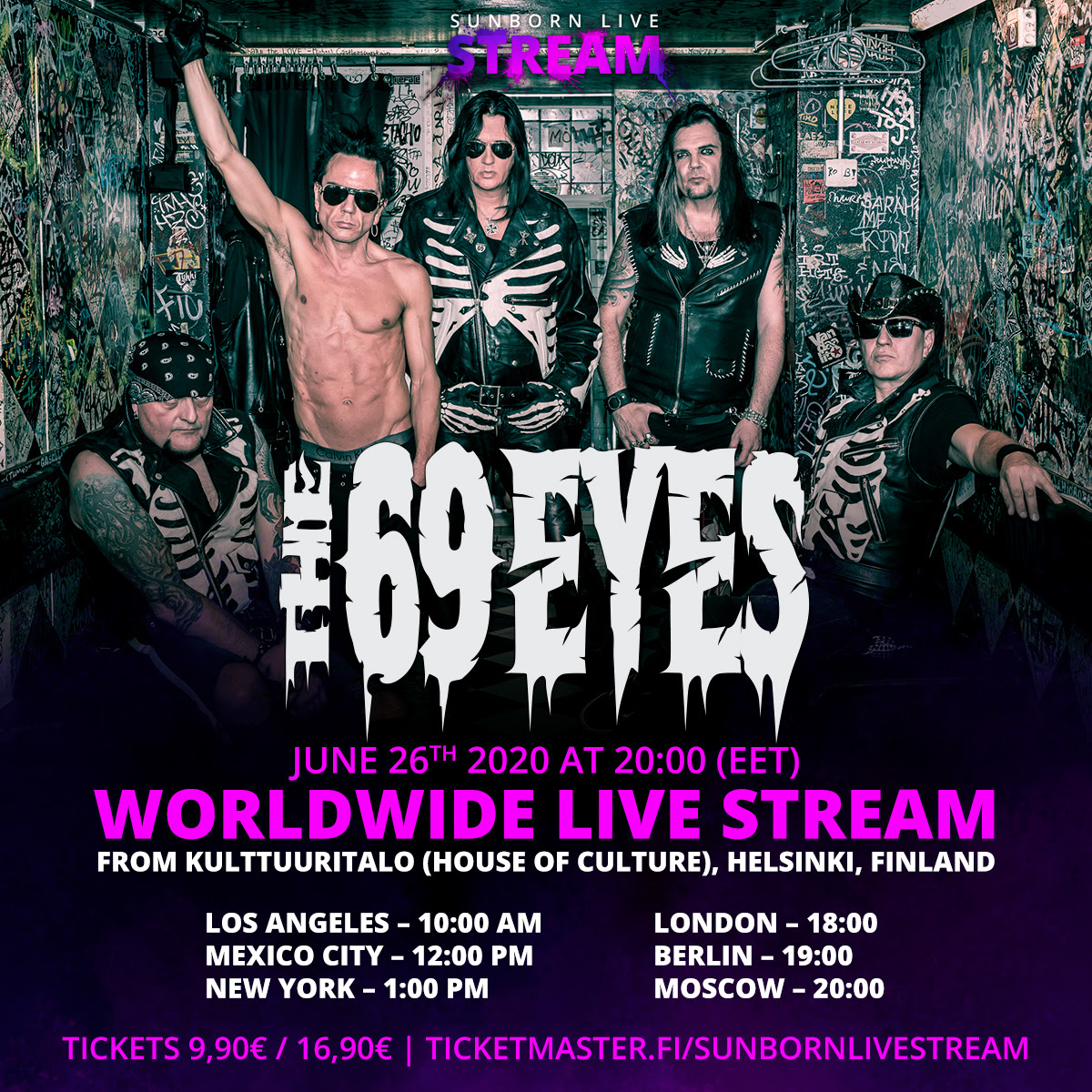 This week on Friday June 26th, they will be celebrating their three decades by streaming a live show from Helsinki, at 19:00 (BST) and today, they reveal a new video for the song ‘Change’. Watch the clip here:

“THE 69 EYES was on our 30th anniversary tour earlier this year, in the USA, the Baltics, Ukraine and Russia until the pandemic hit. Actually we might even have been the last rock band on stage as we played our last show on March 18th in Samara, Russia!

As this huge “PAUSE” button is pressed down currently, we thought to put out this lyrics video ‘Change’, taken from our new album “West End”. This was the last time we were being filmed on the road, so here’s some memories from that show at The Whisky A Go-Go in Hollywood, USA.
We miss the road and our fans like everybody else – that’s why we have our 30th anniversary live stream show on Friday June 26th. Everybody is welcome no matter where you are in this world!”, says singer Jyrki 69

During the live stream, the Helsinki Vampires will play for their fans live on their screens with the link live for four days after. There is also a virtual meet & greet ticket available for purchase.

West End is available as digipak including the album and a with a band documentary directed by Ville Lipiäinen on Blu-ray as vinyl or download via this link:
http://nblast.de/The69EyesWestEnd

Get special bundles with vinyl/ CD-digipak/ t-shirt/ hoodie in the band shops: