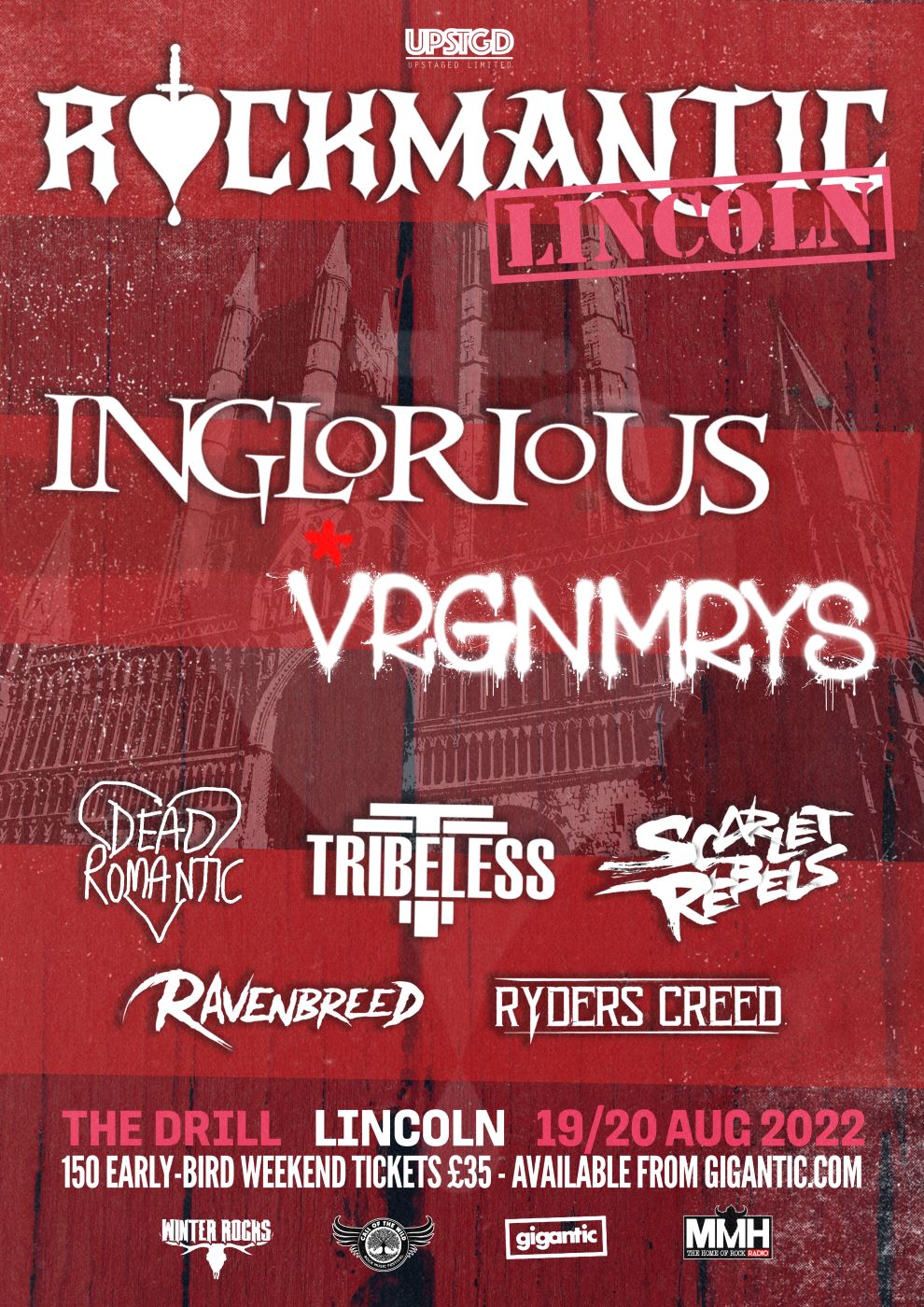 Rockmantic Weekender will make its presence known in Lincoln on 19/20 August 2022 when the established brand brings a sensational line up of Rock bands to the fully refurbished, The Drill.

And make no mistake this one really does pack a mighty punch with British Rock band INGLORIOUS confirmed to headline Saturday 20th & THE VIRGINMARYS making a very welcome return to Lincoln as Friday night headliners.

Inglorious release their new cover album “Heroine” on 10th September via Frontiers records. The album sees the band tackling covers by a varied selection of female artists whom they admire and respect. This album follows the phenomenal “We Will Ride” released earlier in the year. Bringing together the energy and classic rock song writing talents of bands such as Whitesnake, Deep Purple & Rainbow, Inglorious have everything in place to be added to that legendary list one day.

The Virginmarys are no strangers to Lincoln having headlined both Call of the Wild Festival & Primordial’ s AGM at Lincolnshire Showground. The Rock duo from Macclesfield provide a soundtrack of angsty youth anthems that a young Joe Strummer would have been proud to call his own. Loud, intense & exhilarating… and that only describes the first few minutes of their rapturous live sets.

Bouncing with zesty vibrance, DEAD ROMANTIC will be main support on the Friday. Taking their explosive mix of rock, 80’s pop, and infectious grooves to new heights, the result is anthemic rock arrangements that are sure to leave you wanting more.

Ravenbreed, who also hail from South Wales, are where to get your hard-hitting’ classic rock fix on Friday evening. Punchy, yet melodic, they have the songs & charisma to get the early evening feeling like a nightclub in its prime hours.

Saturday night may well be more familiar territory for regular Rockmantic supporters with the recently signed to Earache records, fast rising, Scarlet Rebels delivering infectious rock on a bed of “raise your fist & yell”. With a brand-new album in the pipeline, hold tight, because this band are going to rise like a Rocketship!

Swagger, style & guitar riffs galore, Ryders Creed are guaranteed to be a very welcome addition to the line-up.

With several more bands to still be announced & the first 150 tickets being made available at the early bird price of £35 – these tickets need snapping up when released at 5pm on Friday 10th September.

Tickets can be found at www.gigantic.com