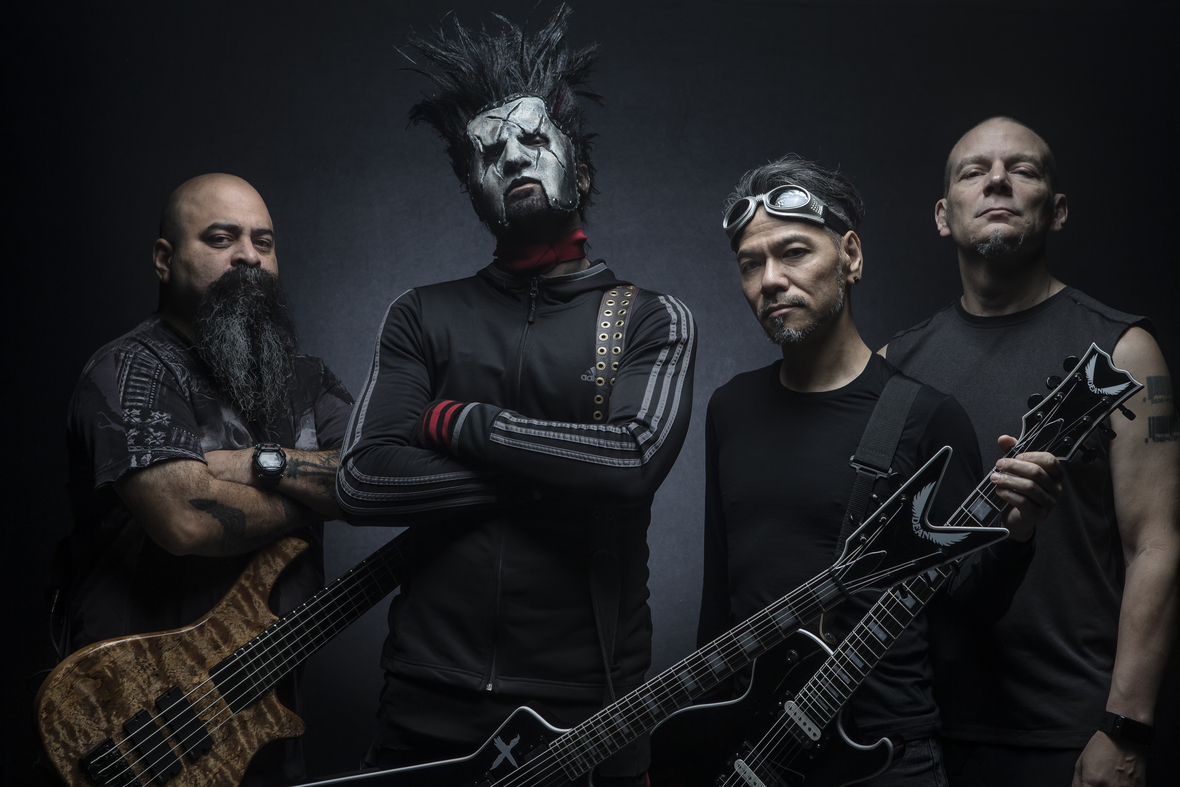 Los Angeles heavy metal band Static-X release their latest studio album “Project Regeneration Volume 1”, which is the first album they’ve released since 2009’s “Cult of Static”. After the tragic death of Wayne Static in 2014, I was happy to see that the band decided to continue their career and keep Static-X going, and with this album containing the last recorded performances of Wayne Static it makes it all the more special for fans. Original members Ken Jay and Koichi Fukuda helped in unearthing some of the old unreleased demos from before Wayne passed away, and turned them into this wondrous new release.

The intro track is “Regeneration”, which makes me feel as though I’ve stepped into Camden’s infamous Cyberdog shop and I’m about to see a lot of neon entities dance around the room. It sets the scene for the album for sure, as it portrays a sort of simulation or the beginning of a change, as the voice announces “Regeneration complete”. Could this be the band’s initial step into the new world of Static-X?
“Hollow (Project Regeneration)” is the next song on the album, and the metal comes out of the cracks here. It still sounds like a Static-X song, and I think that’s a great accomplishment nine years on.

“Terminator Oscillator” is a notable song on this record, mixing the heavy with electronic together to make an ultimate metal/trance love-child. It’s music that would go down well at a live show, and brings a new atmosphere to alternative music. As a sucker for splicing genres, this album is certainly going down well for me. It’s a bit way off of “The Only” and “Skinny Man” until you get to “All These Years”, but I think it’s a good album for old and new fans. It definitely has Rob Zombie undertones.
“Accelerate” is also a really good song on this album, bringing that trance back out within the heavy metal. I think this was actually my favourite track on the album, as it had good amounts of everything. I really enjoyed the heavy vocals on this track, and might even push to say it was one of the album’s heaviest song. Another heavy song on this album is “Otsego Placebo”.

There is a total of 3 songs under the “Project Regeneration” title, essentially supporting a narrative of the band’s transition in sound. It’s hard to really even pinpoint any negatives with this record, other than the fact that old school fans may not be fond of the added electronic parts. But there are a few tracks on here that resemble more of the old music too; such as “Something Of My Own (Project Regeneration)”.
As much of a good album as it is, it doesn’t quite unearth anything that new musically. Static-X are well-known for what they do, and this album was very them – but with added trance/futuristic samples. These have cropped up before, for example the start of “The Only”, but I feel that there has been more of it in this album, and it has in fact become a much bigger thing for them.

Overall, this album was a really great album. The mix of trance and metal really work when they come together like this. If you’re expecting anything like “Push It” then I’m sorry to say that you may be disappointed, however there are some songs on this album which are solid Static-X tracks. After a long wait for fans, this album was definitely a great next instalment for the band. The narrative for the album was a well thought out addition to help introduce listeners to the next phase of SX, and eventually the planned “Project Regeneration Vol. 2”.

You can follow the band on Facebook here. The band’s next tour will be across Russia this September.