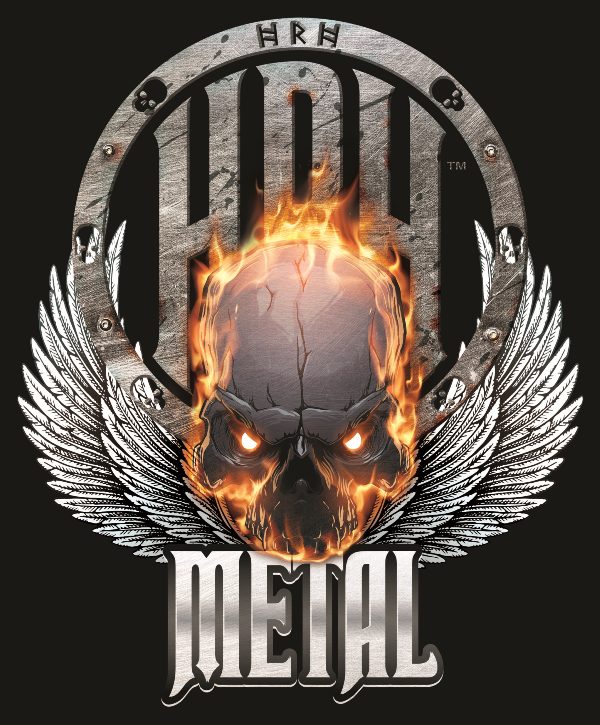 As everyone knows, Birmingham is the home of heavy metal, making it somewhat of a Mecca for metalheads the world over. This makes it the ideal setting for the inaugural installment of the latest Hard Rock Hell venture, Hard Rock Hell Metal. This two day sold out feast of all things metal was splatted across all three Academy rooms and offered a showcase of unsigned British talent, as well as the bigger names. We at Midlands Metalheads had a team there for part of the festivities and this is what we saw go down:

Over on the smallest stage Northern death metallers BLOODYARD [7] tore through a thoroughly respectable set of modern sounding death metal to a very packed room (the busiest I have ever seen that particular venue). (MT)

Opening the mainstage were Essex metalcore mob BEAR FIST [6] who do an admirable job to a fairly large and semi-empty room. Unquestionably good at what they do, ultimately it all comes across a little samey. (MT)

Following on the main stage are the loveable pirates of RED RUM [8]. Unlike Alestorm (who they will unfortunately forever be compared to) Red Rum actually dress a little piratey and thankfully have the songs to match and definitely whip the crowd up and inject a much needed levity into proceedings, even throwing in a tastefully done rendition of the Lord Of The Rings main theme. Silly fun, but fun nonetheless.  (MT)

London thrashers SAVAGE MESSIAH [8] play a fearsome and energetic set despite a fall from bassist, Mira Slama, which saw him ending the weekend with a trip to hospital. He did a great job playing the show from a stool whilst clearly in agony. They treated the festival crowd to new tracks from their soon to be released fourth studio album, such as; ‘Eat Your Heart Out’ and ‘Lay Down Your Arms’. Keep an eye out for that. (RC)

After a quick break for refuelling it’s time to head back to the smallest stage for one of the must-see bands of the weekend, hailing from Britain’s murder capital, ANTICLONE [9]. As a live act they never disappoint and tonight is no exception, tight, on point and meticulous, they plough through their set with a passion and a viciousness not often seen nowadays. Each part of the set is worked to perfection from mass singalongs to the guitarist filled circle pit during set closer. Pound for pound, you won’t find a better live band working in the UK today. (MT)

Following AntiClone is never easy and today that unenviable task falls to groove metal merchants LEFT FOR RED [7] who do a stirling job. Despite the vocals getting a little lost in the mix to start with the band soldier on and improve and get more comfortable on stage with each song. So much so that, when they had a small amount of time left at the end of their set, we were treated to a cover of Deftones’ My Own Summer. (MT)

Carrying on the groove metal theme are the wonderfully named BALLS DEEP [8] who are on fine form. Blistering riffs and vocals straight out of the Phil Ansemlo textbook, Ballsdeep definitely have the musical chops (and the tunes) to go far. In fact, it’s near criminal that they aren’t bigger than they are. One of the highlights of the weekend for sure. (MT)

Opening the main stage on a cold and miserable Sunday are the symphonic PYTHIA [7]. I was initially perplexe by the leather pseudo-armour the band were wearing but it strangely seemed to fit their own brand of symphonic metal, which thankfully helps them stand slightly apart from other bands within the genre. (MT)

Up next are PRIMITAI [8]. Hearing the opening chords ring out to ‘Black Rider’, the first single from the band’s latest release ‘Night Brings Insanity’, I make my way to the front suitably armed with my Primitai t’shirt, a pint and my devil horns at the ready. You see London based Primitai for me encompass everything there is to love about metal; monster riffs and double kick drum, fist pumping chants, powerful lyrical imagery and enough melodic guitar hooks to make Eddie Van Halen give up and go home. The set today is a nice long one, drawing from three strong albums and even going back further to their first album for ‘Rockin in Hell’. As the band pummel through second track ‘Driven Wild’ a respectable sized crowd has assembled on a slightly subdued Sunday afternoon (a lot still nursing last night’s over exertion I expect!), however there’s plenty of enthusiasm down the front as we are treated to the likes of ‘Night Brings Insanity, ‘Fortune Only Favours the Brave’, ‘Degeneration’ and ‘The Cannibal’. Vocalist Guy commands the big stage very well all growl and muscle, against the twin axe attack of Srdjan and Sergio, the pair known as ‘Power Surge’ which is a beast of a track on the new album, combining the perfect mix of power and melody. The band wrap up with crowd favourite ‘Scream When You See Us’ from their 2013 album ‘Rise Again’. You know you have a good band here when a long set flys by and still leaves you wishing they’d played a load more songs you wanted to hear live, I’d urge anyone to check these guys out, proper quality metal. (TC)

Meanwhile, over on the smallest stage, describing themselves as Horror Clowncore, DONKERKARNUFFEL [7] piqued my morbid curiosity and managed to pleasantly surprise. As you probably expect, they provided an outrageously wacky show with clowns and gore aplenty. Highlights of the set included ‘Zombie Clown Apocalypse’ from their 2011 debut and ‘Bedlam At The Big Top’. (RC)

Despite being marred by some technical difficulties, leading UK black metallers WINTERFYLLETH [9] did not disappoint and delivered a set that managed to be simultaneously powerful, beautiful and haunting. Highlights from the set included the title track from their well received 2016 album ‘The Dark Hereafter’ and ‘The Wayfarer Pt.1: The Solitary One Waits for Grace’ and ‘A Valley Thick With Oaks’ from 2010’s ‘The Mercian Sphere’. (RC)

Some major issues with vocalist David Bower’s radio mic somewhat ruined the usually splendid spectacle that is Derbyshire’s HELL [7]. The band soldiered on through a set replete with self-flagellation, stilt walking and trademark dramatic delivery. All the great tracks were played ‘Something Wicked This Way Comes’ from 2013’s ‘Curse and Chapter’, ‘The Quest’ and ‘Plague and Fyre’ from 2011’s ‘Human Remains’ – it is just a shame that so much of it came through a crackling microphone. (RC)

Closing out the second stage and performing for the first time with the wonderful Sarah Jezebel Deva, HECATE ENTHRONED [8], were a must watch band of the weekend. Raw, powerful snarling vocals mixing beautifully with swathes of symphonic melodies. Their set time had been moved forward without much warning so the crowd trickled in late – with many unfortunately missing a large chunk of the set. The band delivered top quality tracks such as ‘Beneath A December Twilight’ from their debut album ‘The Slaughter Of Innocence, A Requiem For The Mighty’ as well as the new ‘Erebus And Terror’. They closed the set with the grand ‘Pagan Swords of Legend’ from 1998’s ‘Dark Requiems… And Unsilent Massacre’. (RC)

HRH Metal could not have ended on a bigger high, with mighty German thrashers SODOM [10] absolutely decimating the place. An extraordinary and unrelenting set covered everything from ‘Outbreak Of Evil’ taken from their first thrash album ‘Persecution Mania’ in 1987 to ‘Sacred Warpath’ from 2016’s ‘Decision Day’. Other brilliant tracks from the set included album title tracks ‘M16’ (2001) and ‘Agent Orange’ (1989). Seriously impressive. (RC)

Same again next year then, yes?