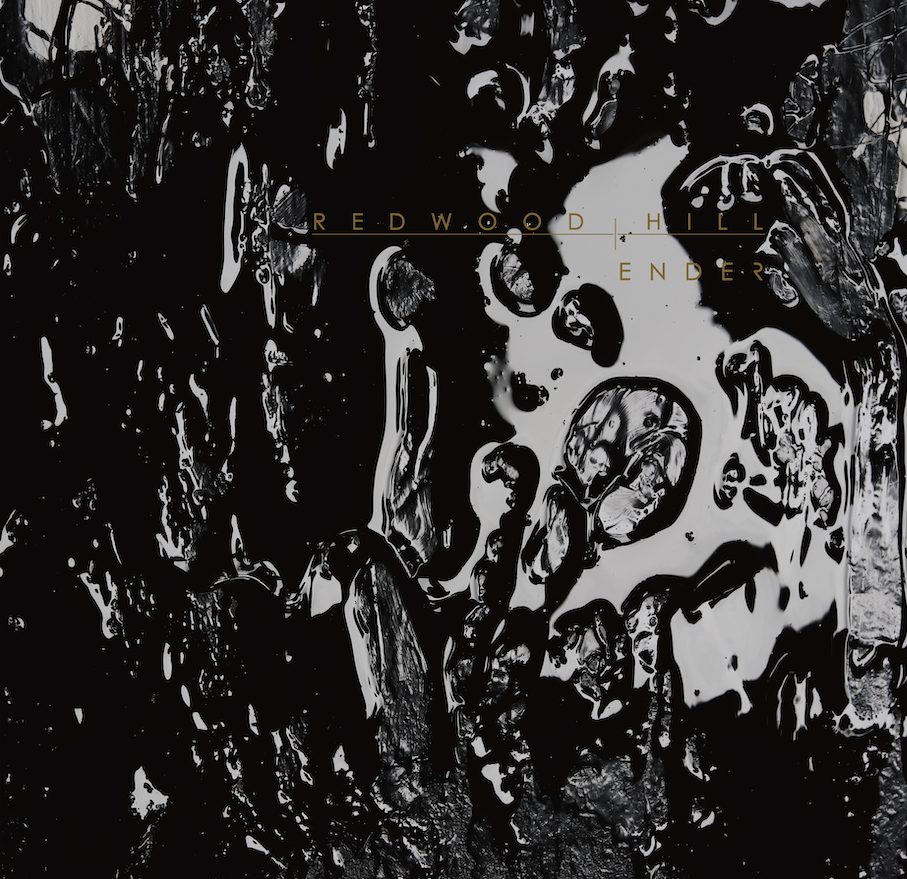 Formed in 2010, Redwood Hill set out on a musical journey. Combining elements of doom and black metal with post metal, to create their first 2 albums. “Descender” in 2013, and “Collider” in 2014. It seems only fitting that for their tenth year of existence they decided to release the final part of their trilogy. The suitably named “Ender”. Not the most imaginative of titles for a finale. But it gets the point across. Touching on the topics of loss, solitude, depression, and exclusion.

At just under 70 minutes long “Ender” is a blend of beautiful clean instrumentals and harsh, doomy black metal. Drums roll steadily throughout the album, never really increasing or decreasing in pace, which sits at a comfortably slow trudge. Something that I found to be just a tiny bit annoying.
Many of the songs seem to fit a very similar format, and as such come out sounding relatively unvaried. Slow, doomy riffs, either preceded or followed by clean instrumentals, with very little actual variation.
That said, some still managed to stand out (somehow).

Opening track Singularity, along with the albums first single, Polar, both deal out masses of atmosphere in their clean layered instrumentals, which make for very emotive listening before you’re bombarded with dark black metal. While No Horizon takes a more direct approach with gritty, driving riffs. Probably one of the more unique songs on the album.
You also have the likes of Leben, and The Passage, which mix the gentler aspects of the album with a much more grandiose and evil sound. One that verges on anthemic, but never really quite gets there.
Enders emphasis is almost certainly on the atmospheric side. A fact that’s made clear with its three throwback tracks. Referencing the albums in Redwood Hills musical trilogy, Descender, Collider, and Ender are easily the most appealing parts of the album. Cold and bleak, their pure focus on a clean and atmospheric tone make for a beautiful, if haunting and sombre, change of sound. Both breaking up, and ending the album in a very satisfying way.

While I can easily say there are some very satisfying parts to the album, aspects of it just seem to drag on for ages. The main songs, sit at over 7 minutes long a piece (aside from Nihil). Which would be fine, if it wasn’t 70 minutes of all very similar.
Judging each song on its own, it’s quite easy to find things to like. Appreciating the blends of delicate and demonic that Redwood Hill present is not hard at all. But as an album, it starts to feel very same-y, very quickly. Certainly after the first half I felt a bit fatigued by what could easily have been a 40 minute album, with half the songs on it.