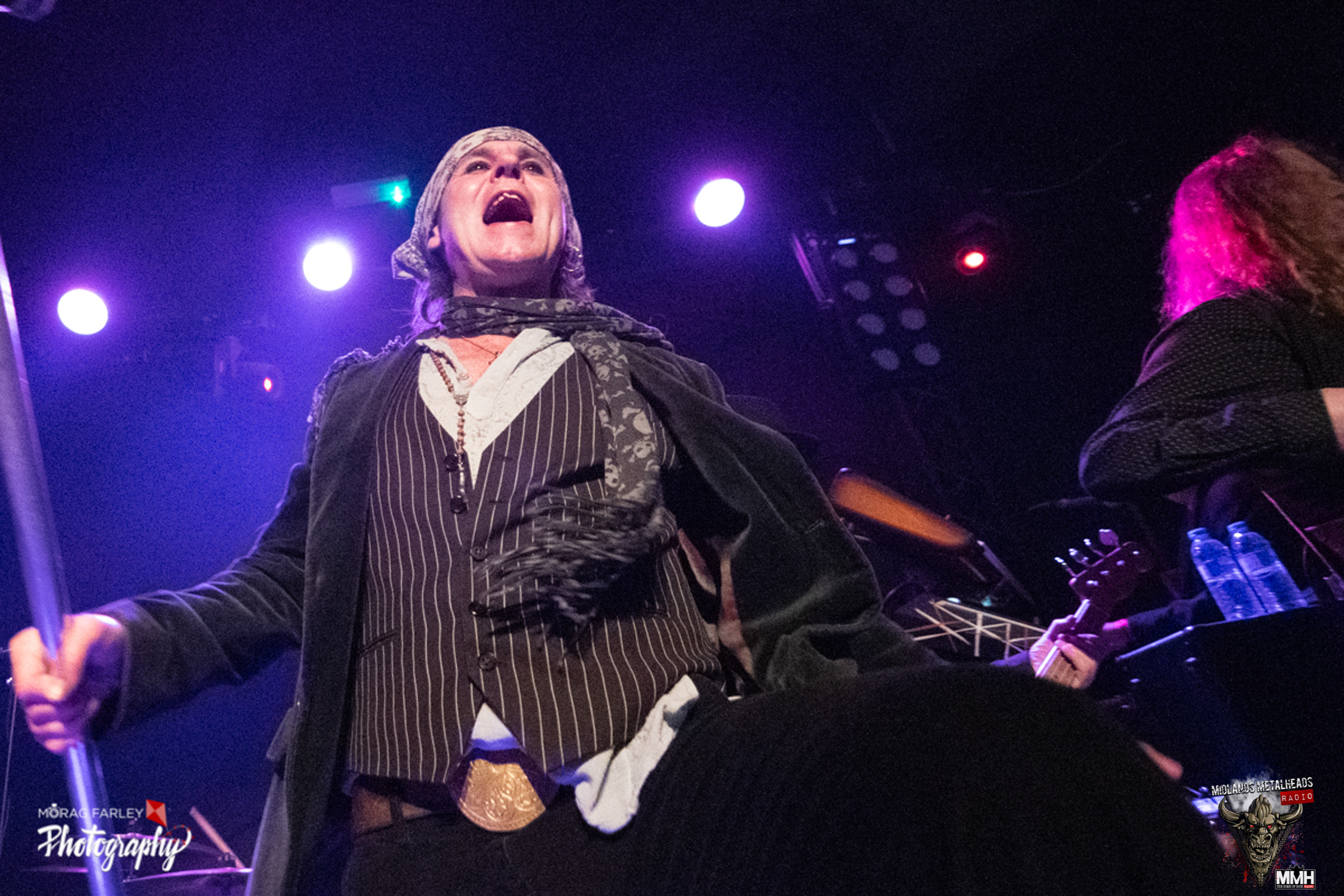 It was an early  time as Rebecca Downes took the stage at the newly refurbished Eleven at her support slot. Her voice was hypnotic as her and her band played ‘Take me higher’, followed by ‘Wave them Goodbye’ and then ‘Hurts’. The stage craft and personality, together with a very unique and incredible voice was memorising. Talking about supporting  The Quireboys and having their CD as a kid, ‘Rock n Roll;, ‘Sinner’, the incredible ‘Sailing’ which highlighted the strength in that voice and the set closer  ‘Believe’ simply highlighted what a great job The Quireboys did in getting Rebecca to open for them.

“We’re the Quireboys and this is Rock n Roll!” Shouts Spike to the Stoke audience. On a wet windy evening in Stoke-On-Trent there’s a party going on in which I’m glad I’ve been invited. In fairness you know the evening is gonna be a belter from the go-get as Spike corrects the compere in which town we are in. Straight into ‘I love this town’, ‘Misled’ and ‘There she goes again’ Spike once again informs us that this is rock n roll. He’s hardly wrong. ‘Seven deadly sins’ from the newest album sounds  fresh yet familiar. It was ten, yes count them – ten years since the ‘Homewreckers and Heart Breakers’ album and ‘Hello’ and ‘Mona Lisa Smiled’ grace the room. Spike is on form tonight, with advice like, “Apparently the weather is so bad tomorrow, you all have the day off”, and antidotes such as, “Had a week off. Didn’t know what to do with myself so I went down the pub.” the front man is the perfect medicine for the downpour outside. Resembling Jizzy Pearl draped over the Hollywood sign, celebrating Keith, the keyboarders birthday and gracing the stage with a set consisting of 17 top-drawer tunes The Quireboys’s set is well paced and non-stop.

The only down side is the sounds of the drunk woman at the front screaming, “7-0-clock !” incessantly. Dedicating ‘Hey You’, to Alfie who was “a twinkle in his Dad’s eye” and telling us that “the mayor of Stoke will all give us a day off tomorrow” before belting out “The Original Black Eyed Son” this was a concert that made you forget about Brexit, the rain and paying these bills.

Ironically when Spike asked, “what time is it?” the drunk woman at the front failed to respond. Thankfully the nearly full house of the newly-refurbished Eleven did. ‘7-o’clock’ reminded us that rock-n-roll doesn’t have to be pretentious or technical. Good music is timeless and by jove  – this was timeless.

The encore,The Quireboys was joined my the Rebecca and together , with warmth and emotion that was evident to everybody in the room, her and Spike’s duet was absolutely top drawer. ‘Sex party’ finished their set, the crowd singing along, beers waving merrily in the air.

That was The Quireboys and this is rock n roll. God bless you for bringing the party to a wet windy Thursday night in Stoke. The Quireboys, I salute you. Cheers.