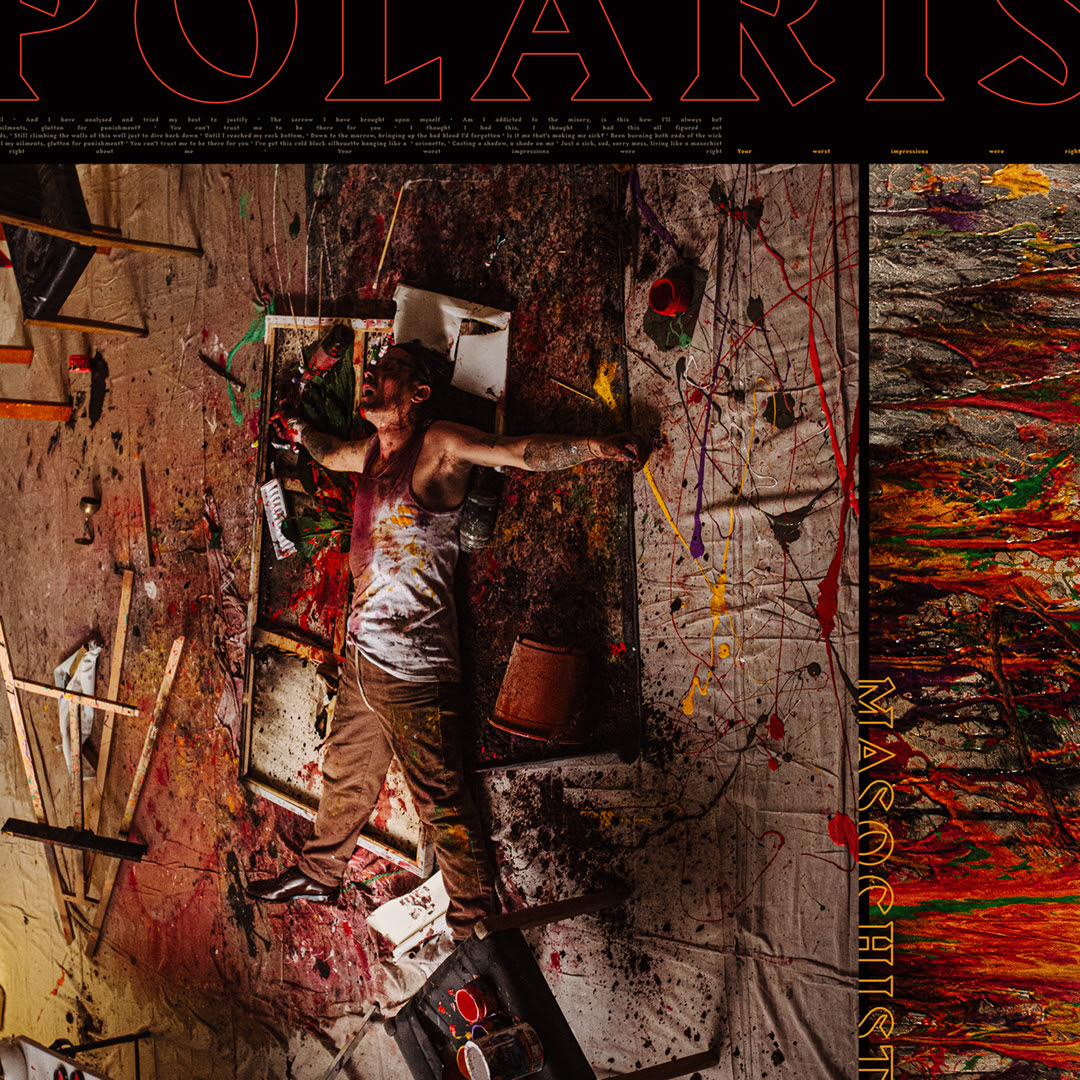 It’s been two years since Sydney metalcore outfit POLARIS released their ARIA-nominated, Top 10 debut, ‘The Mortal Coil’, which introduced the group to legions of fans around the country and — thanks to an extensive international touring schedule — the world!

The wait for new music is over. POLARIS have shared their new single and video for ‘Masochist.’ Watch it here:

“We worked with Ed Reiss on this clip, who’s worked on some of our favourite clips from other Australian bands, and together we developed this concept of a painter who, forever dissatisfied with his work, finds he gets more enjoyment from destroying his own creations than from making them,” says drummer Daniel Furnari.

He adds, “We asked our friend Zac Britt (DREAM ON, DREAMER, YOUNG LIONS) to star in the clip. Not only is he a talented actor and someone that we knew would understand and embody the character, but. he is also a painter himself. Zac actually contributed the vast majority of the paintings seen in the clip and then did a bunch of painting live on set. We filmed this clip after finishing off final vocal dubs that same morning, and then flew straight out to Canada the following day for a tour, wrapping up a very intense period of work for us!”

For the new song, the band returned to the house in the small South Coast town of Mollymook where they made ‘The Mortal Coil’ converting it into a temporary studio. The familiar surroundings acted as something of a refuge after the high-pressure situation of touring.

In the two years since ‘The Mortal Coil’, POLARIS have embarked on three sold-out headlining tours of Australia, as well as supporting ARCHITECTS and PARKWAY DRIVE around the country; five runs throughout Europe (including a series of arena shows supporting ARCHITECTS and a slew of high-profile summer festival spots); three separate U.S. tours; not to mention performing at the Download Festival in Australia.

Earlier this year, POLARIS announced that they will be returning to Europe and the U.K this winter. They will be playing as special guests to NORTHLANE, alongside SILENT PLANET and VOID OF VISION.

Tickets are on sale now via the below links!