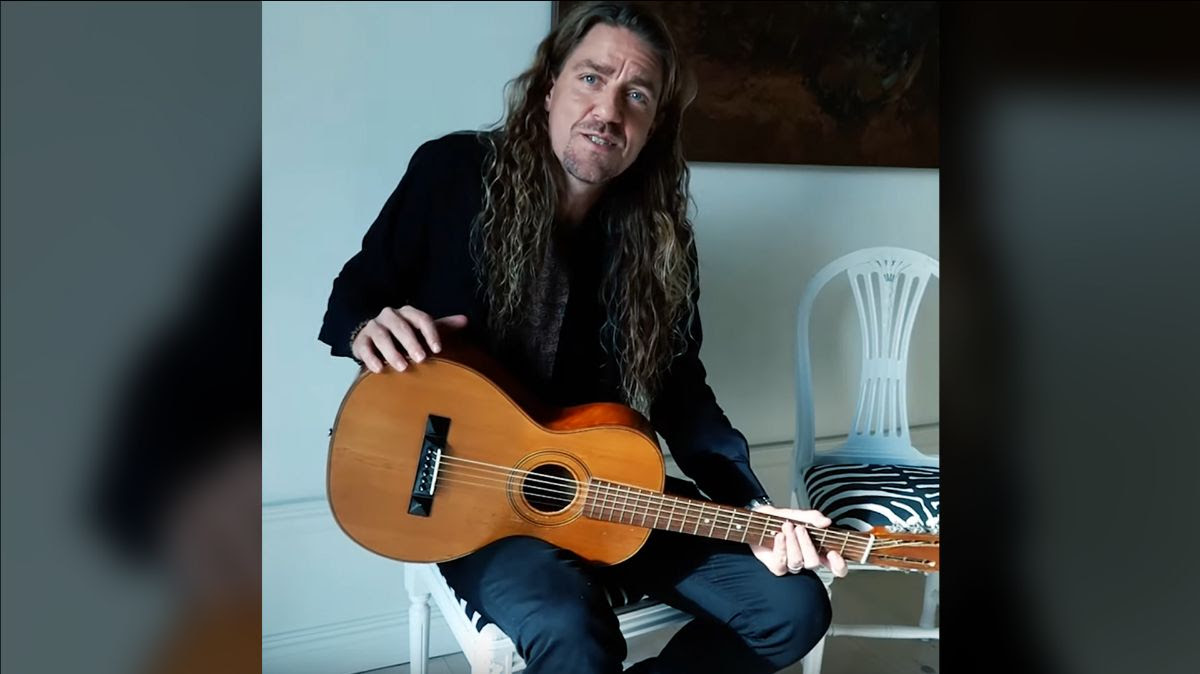 In two weeks, doom metal wizards AVATARIUM will unleash their new dark gospel titled The Fire I Long For on November 22nd via Nuclear Blast. Today the group has released a new album trailer featuring guitarist Marcus Jidell talking about this 100 year old acoustic guitar, which he used on the new album. Find out more, here:

Founded in 2012 by Leif Edling of CANDLEMASS, AVATARIUM soon saw the arrival of Marcus Jidell(producer CANDLEMASS) and Jennie-Ann Smith who brought an air of charisma with her soulful grace. The band has become an entity of its own and while Leif still contributed three songs for the new album, the band’s current line-up consists of Marcus and Jennie-Ann, who are accompanied on this record by organist Rickard Nilsson and new drummer Andreas ‘Habo’ Johansson (THE DOOMSDAY KINGDOM). Together, this open-minded, yet doom-laden collective draws elements of folk, jazz and psychedelic brilliance into a grandiose amalgamation that manages to maintain an almost pop-like elegance. Recorded at Studio DeepWell in Stockholm, the album was produced by Marcus Jidell, mixed by Grammy Award winner Niklas Flyckt and mastered by Svante Forsback (Rammstein).

Watch and listen to ‘Rubicon‘:

Stream or download the new single via this link: nblast.de/Avatarium-Rubicon

Acoustic performance video for ‘Lay Me Down‘. Check it out over on YouTube:

ICYMI:
Watch as Marcus Jidell shows off his 100 year old acoustic guitar that he was gifted by his grandmother, and has lovingly restored, as he performs the main parts of the album’s first single, ‘Rubicon’: