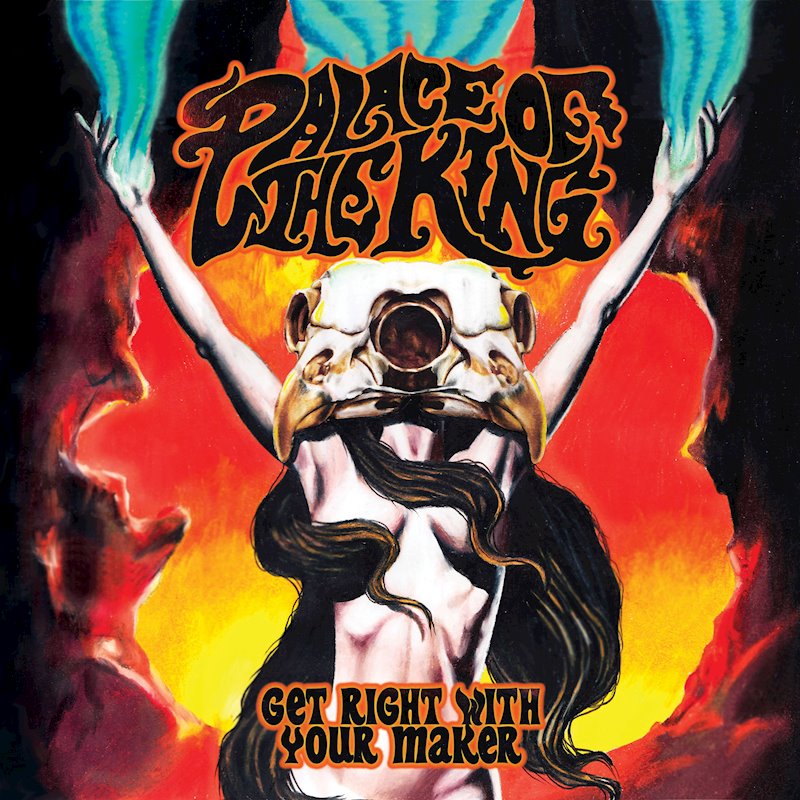 PALACE OF THE KING stir up a storm dropping the second single ‘I Am The Storm’ and announce pre-order for the new album.

Palace of the King has dropped the second single from their forthcoming album, Get Right With The Maker, available to pre-order now and out on 23 March through Golden Robot Records, as they gear up for their next European tour.

An epic moment (or 7 minutes) on the album, I Am The Storm, is the lead single and second offering from the new LP. It hits the listener straight up and sets the tone for one hell of a rock record, taking you on a huge journey, storm and all. It follows on from their recent single, It’s Been A Long Time Coming, which let everyone know that Palace of the King was BACK.

Get Right With Your Maker is the band’s third full-length album and fifth release overall, but it’s much more than that – it’s their coming of age.  It was recorded in multiple sessions around touring commitments, with life on the road has become part of the DNA of Get Right With Your Maker lyrically and musically.  The polishing was done with mixing duties shared between Machine (Clutch/Crobot) at The Machine Shop in Texas and Liam Jenkins at Somedays Studios in NYC.

Touring constantly, Palace of the King average 100 shows a year. They’ve headlined three tours of Europe, spending 4 – 8 weeks on the road there every year since 2015. They’ve supported Airbourne in the U.K and France in front of thousands of rabid rock fans, played the USA twice in 2016 and 2017, headlined the Black Woodstock Festival in New Caledonia and circled Australia dozens of times in a tour van. They tour more than any of their peers because even though they’re a fully-fledged new millennium rock band, they also believe in the old school work ethic of the old school rock bands.

If you’ve never heard a Palace Of The King record before, there’s no better place to get on board than right here and Get Right With Your Maker.

Get I Am The Storm and It’s Been A Long Time Coming instantly when you pre-order the digital album via iTunes or the CD or vinyl edition via the official store. (https://store.socialfamilyrecords.com/)

Formed in late 2012, Palace of the King, have become known for their bluesy, soul-infused, riff-heavy, psychedelic rock n roll.  They’ve spent years conquering stages across the world, and will further cement their position as leaders of the Australian rock revival with the worldwide release of Get Right With Your Maker.

|
BJF Media/PR, palace of the king