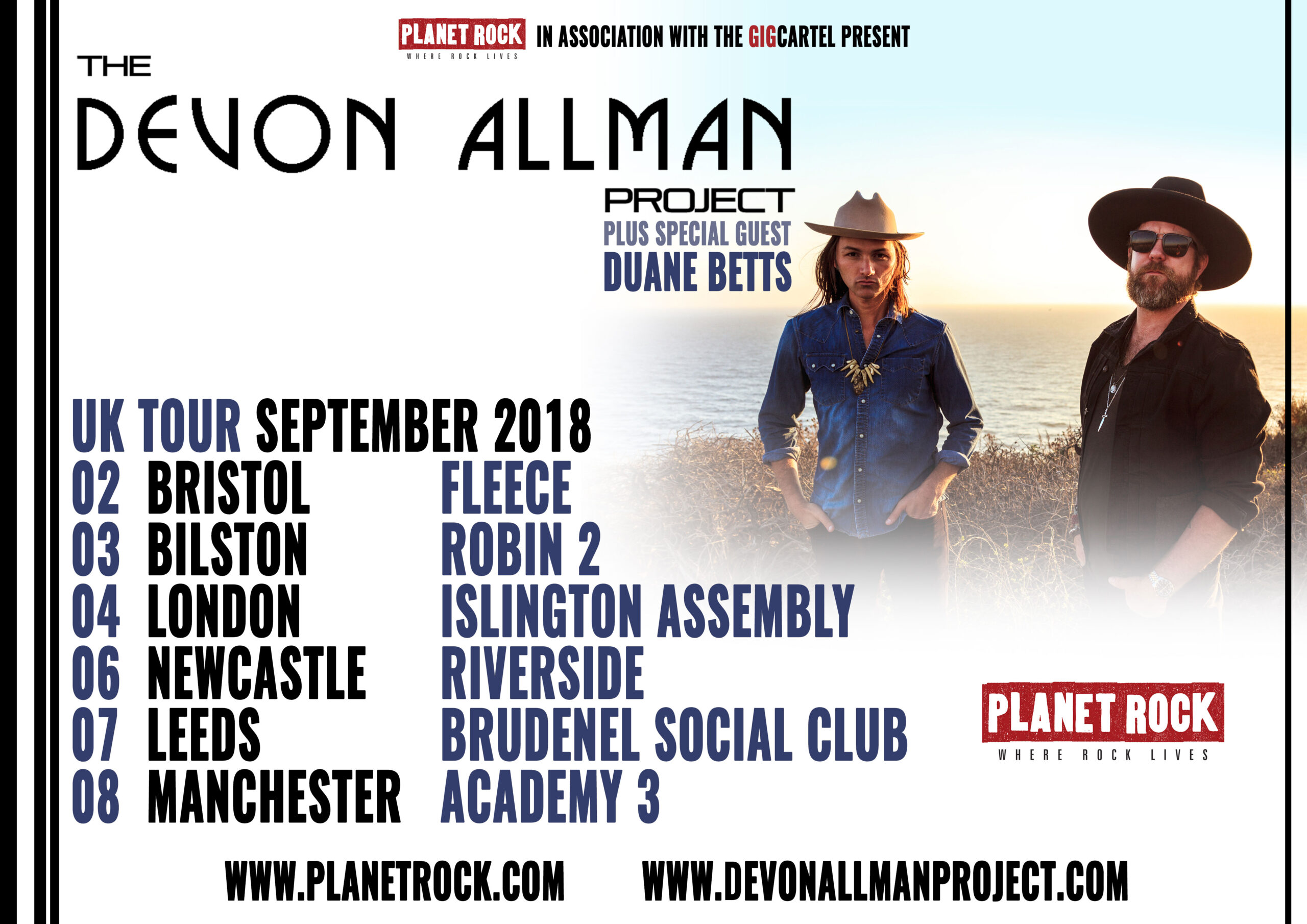 On August 12, 2017 after spending much of the summer off the road, Devon Allman, former leader of Royal Southern Brotherhood and Devon Allman’s Honeytribe, reignited his career with an appearance at an all-star tribute to his father Gregg Allman and Butch Trucks at Peachfest (an Allman Bros. curated festival in the Northeast U.S.). Chuck Leavell, Jaimoe, Duane Betts, Marc Quinones, Peter Levin, Oteil Burbridge, Dave Schools and many others participated in the special tribute.