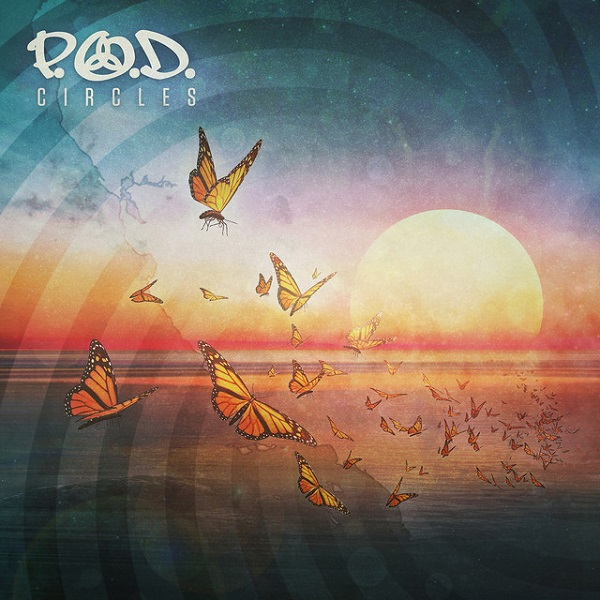 My familiarity with P.O.D. is largely based around their hit laden, multi-platinum smash Satellite, as well as the odd song from the albums that preceded and followed it. The rap-rock quintet was one of the bigger names to emerge during nu-metal’s ascent to the mainstream, and like many bands from that day, their popularity waned once the boom was over. They continued to ply their trade regardless, with a steady stream of records and tours now culminating in their tenth full length, Circles.

One of the things that helped to separate P.O.D. from their contemporaries was an overriding sense of positivity that emanated from their music. The darkness that sometimes infiltrated their subject matter was rarely laced with venom or angst, whilst the heavy riffs were never designed to be truly punishing. This is still very apparent on Circles, with few moments of true aggression and plenty of instances of reflective tranquillity. At times I’m reminded of Deftones’ modern soundscapes, especially on the likes of the sparse, dreamy hip hop of the title track and “Domino”, the laidback reggae of “Fly Away” and the reserved melodicism of “Dreaming”; the latter brilliantly pitting these melodies against stirring, single string riffs. These instances where they break away from the rap rock conventions are when P.O.D. are at their strongest on Circles, and it certainly helps the album from becoming stale.

The more stereotypical nu metal numbers are a mixed bag however. “Rockin’ with the Best” tries hard, with guitar sirens and chunky bass lines whirring under Sonny Sandoval’s rapped vocals, but the unimaginative chorus kills off any momentum the song builds. Sandoval gives a good account of his himself for much of the album, but the blasé delivery of the already weak chorus hook in “Always Southern California” again ruins some fine tension building in the verse. The grit of “Panic Attack” is wasted in the midst of muddled songwriting and production choices, whereas “On the Radio” will certainly not find itself on the airwaves with its complete and utter lack of imagination. That’s four out of the first five songs that really failed to offer anything of note, and had it not been for the title track, I’d have been ready to give up there and then. The aforementioned highlights in the paragraph prior offered salvation on the B-side of the album, and the rockers here are better too, with last year’s single “Soundboy Killa” serving up the sort of groove and balance that the others are sorely lacking.

I always find it a pleasant experience to revisit bands from my youth to see that they’re still alive and kicking, even if they have seen better days. I have dabbled in P.O.D.’s more recent records, which although listenable, had failed to leave a lasting impression. Circles seems stronger to me, but I don’t know if that’s just the latter half of the record washing away the memory of dour opening; I do find I’m now a little more eager to revisit the last few albums though regardless. Despite a lot of the heavier songs missing the target to varying degrees, the more adventurous stuff is always on point. If they could’ve recaptured their knack for well written rockers as well, they’d have been on to a winner, but as is, Circles will forever be a middling affair.

Circles is available on November 16th via Mascot Label Group, and can be purchased here.