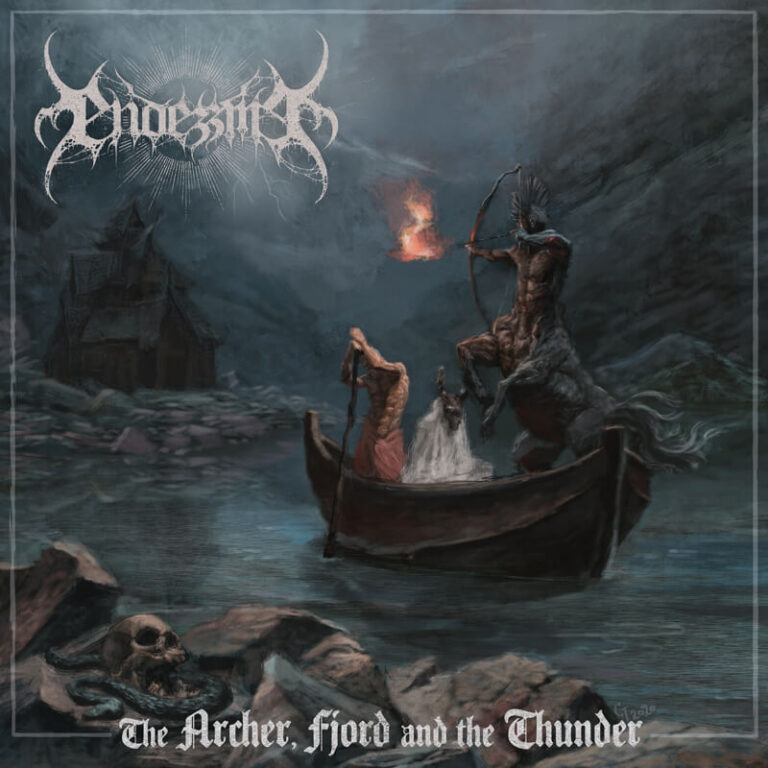 With their much-anticipated new album “The Archer, Fjord and the Thunder” set to launch Dark Essence Records 2021 releases, ENDEZZMA have today released a single and a new video from the album, giving fans both an audio, and visual taste of what they can expect from the Norwegian Black Metallers.

The single, titled “Anomalious Abomination” can be streamed or downloaded at  https://darkessencerecords.fanlink.to/Endezzma_AnomaliousAbomination

About the video itself, which can be seen below and at

the band had this to say:

“Anomalious Abomination” is the first video from  The Archer, Fjord and the Thunder’s dark infernal paradise. The music and track itself,  as well the visuals of the video,  is a rabid, fierce and infernal bestial “kick off” to the Archers mythical universe of perseverance, liberation and progress. This video is the first in a trinity of collaborations with the brilliant, artistic and Mephistophelic video director Guilherme Henriques,  and his way of working out the inner energy of the band. Let’s open the doors:

“The Archer, Fjord and the Thunder” will be available in Digipak CD and LP formats, with an A2 poster included with the vinyl version, and is now available to pre-order from the following:

Formed in 2006 by frontman M. Shax,  ENDEZZMA’s  current lineup, includes M. Malphas on guitars, Nihil on Rythm Guitar,  Skriu on  Drums and Aske on bass, forming a cohesive group of musicians who together demonstrate a  brand of brutal, fiercely intense, and yet aesthetically mystical approach to their music.   With their third full-length album ENDEZZMA have taken a huge step forward in their song writing, and produced an album that bridges the gap between dark anthems and primitive aggression.

More information about ENDEZZMA can be found on the band’s Facebook page at https://www.facebook.com/endezzma/