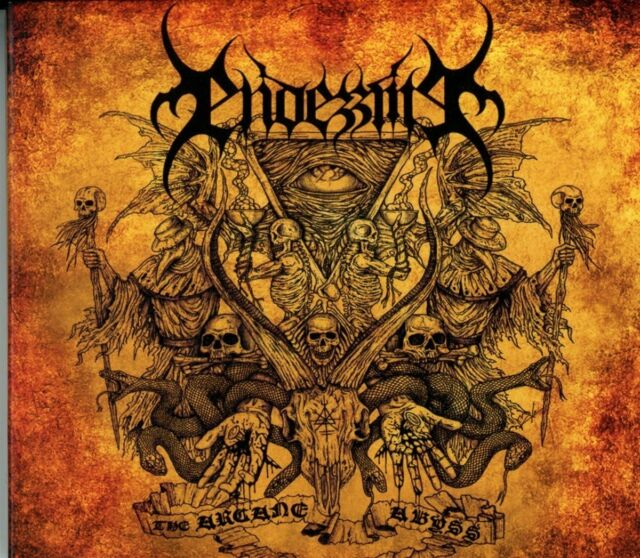 Norwegian Black Metallers ENDEZZMA, who have just inked a two-album deal with Dark Essence Records, recently managed to recover some lost tapes with material from a video shoot filmed shortly after the release of the band’s 2017 album “The Arcane Abyss” .
As the band explains:
With the new upcoming album soon to be dropped by Dark Essence records, ENDEZZMA is about to enter a brand new era which will include new epic, professionally shot videos which will also be released soon in all their monumental glory. However, we wanted to close “The Arcane Abyss” chapter with a Nekro old school video that expresses the wild energy within the band. That album was such a fierce and rabid ride for us and it feels good to add a video production to it.
The track we used for the video is “Serpent Earth” and, at a time of plague and disease where live rituals are strictly limited, we decided to dig up the lost tapes and hand them over to the talented music video director Guilherme Henrique for an exclusive edit, and he has produced a gloomy, intense, and pitch- black manifestation.
The video is a dedicated to the old school black metal souls out there, lets burn the night with rabid force and malevolent hunger.
THIS IS STELLAR DARKNESS…WE ARE ENDEZZMA…
https://youtu.be/Va_OX3DnSJw
|
Dark Essence Records, Endezzma, mmh, Moon And Stars