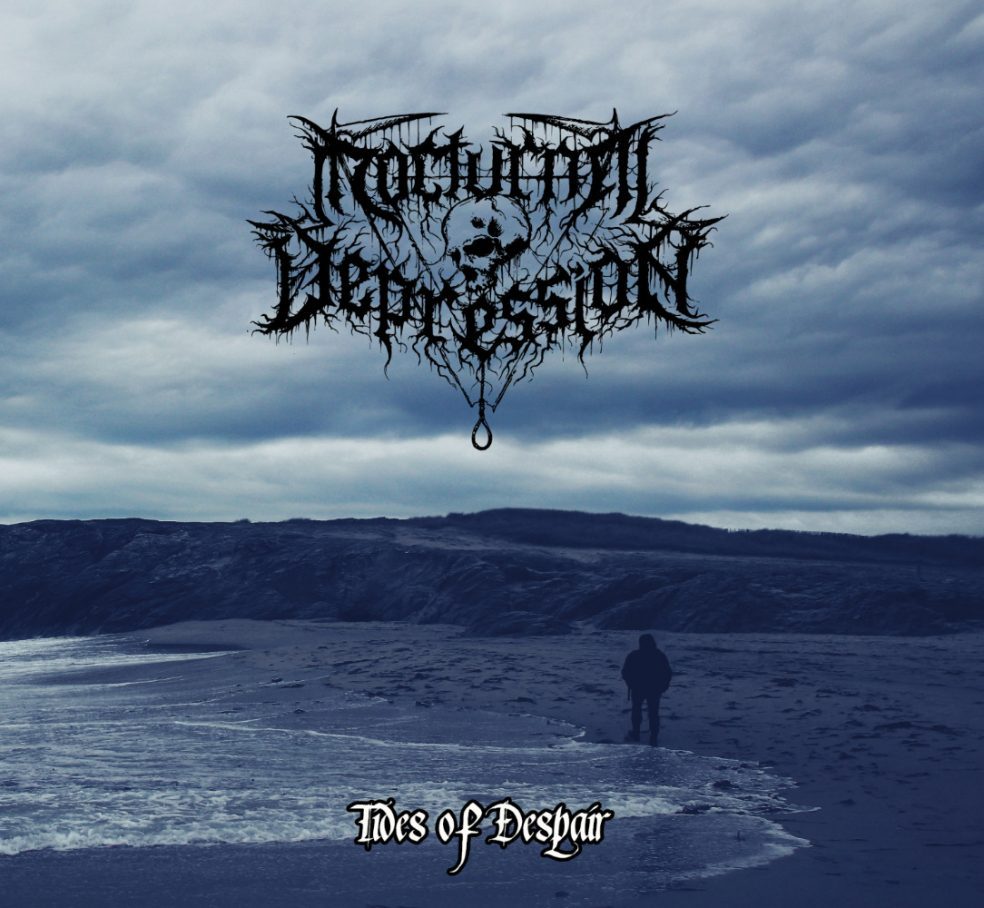 Nowadays, the French underground black metal scene is better than ever. It’s quite amazing how many new black metal projects and albums have been released lately in France. And I’m happy to say, it’s not only the quantity but most of all the quality they represent, starting from the most raw, harsh and unrefined black metal, through groundbreaking dark ambient, ending with soul-ripping, suicidal jewels. One of those gems is Nocturnal Depression that have grown into a cult act in the depressive, suicidal black metal scene.

Nocturnal Depression was formed in 2004 in Grenoble by multi-instrumentalist Herr Suizid and Lord Lokhraed on vocals. Soon after they released two demos, Suicidal Thoughts and Near to the Stars, and two more in 2005- Soundtrack for a Suicide and Fuck Off Parisian Black Metal Scene. Their debut album Nostalgia – Fragments of a Broken Past was released in 2006, first on a limited run of tapes, later reissued on CD and became somewhat iconic. With each successive album Nocturnal Depression’s sound evolved slowly and naturally. They’ve added a bit more melodiousness without loosing their raw and minimalistic roots. They worked really hard for years releasing more albums, demos and split projects, earning them their well deserved title of the French forefathers of the DSBM. Nocturnal Depression’s lyrics are terse, hard-hitting, full of doom and gloom, and always touching the darkest parts of our minds. Ear-piercing and rough cries for vocals, together with raw, looped and droning guitar riffs create an absolutely miserable and depressive, but still heavily hypnotic, atmosphere. Both lyrics and music combined form soul penetrating tracks calling for liberation from the pain of existence. Nocturnal Depression’s music incites delving into the most extreme, harde, terrible and unwanted-yet still very human- feelings. Let’s face it, we all have our ups and downs however, understanding sorrow and despair always will help to face inner demons.

Tides of Despair is another journey of discovering soul’s darkest corners. The album is fully composed, written and recorded by Herr Suizid, rejoining Nocturnal Depression after a long break, and Lord Lokhraed, with guest performance of other great artists on vocals and guitars, and mixed by Alessandro ‘Algol’ Comerio, multi-instrumentalist from Forgotten Tombs, Hiems and Mek Na Ver. First it was announced to be released in summer 2019 and after finishing touches, its premiere was moved to late November. The album opens with Drowning Myself. It’s a mesmerising composition of a looped instrumental theme combined with sounds of cold wind and sea waves, whipping rocks scattered on a seashore, the very same captured on the album’s cover. Drowning in the abyss of sound is just too easy… Then, music stops. You can hear, fading away, wind broken by a loud shriek starting next, titular track, Tides of Despair, that continues the same theme used in the intro. This quite a melodic theme works great with apathetic drums, feeding the depressive atmosphere even more. The lyrics are straightforward: ‘Melancholic waves are drowning my mind’ – an honest confession of the tired of pathos of humanity. Pouring out all the sadness and pain triggers a pure catharsis. And just when it seems that all emotions are released, the mind is calming down and epiphany is just there for the taking, Nocturnal Depression brutally brings the listener down and reverses it all. Living in a Mass Grave leaves no illusions: the world is an awful place, everyone is dead inside and there’s no escape. It’s also a track that promotes Tides of Despair, quite a dull and slow one, changing it’s tempo by the end. The vocals on this one come from NGLDOGMA from Perennial Isolation, Evnar and Cauldron, while lead guitar is provided by A.C. from Tulpa and Exhaustus. Solitude and Despair Again starts slowly with a hypnotic looped guitar riff composed well with shrieking vocals and slack drums revealed on the second half of track. The next one with its earthy title ‘Slit My Wrists‘ and amazing vocals display of guest performance of Animae from Darkend is my absolute favourite from the album. Music-wise, the guitars seem to be quite rhythmical, flowing and lovely contrasting against the shallow rhythm of the drums. Slit My Wrists is a heartbreaking manifesto to end the agony, ironically causing even more suffering: ‘Slit my wrists, then the blood flows till last drop pour away (…) the suffering that I’ve just done’. Farewell Letter marks well despair and depression and surprises with a touch of horn leading a main melodic theme. Selvans Haruspex from Selvans supports this track with his vocals, counterpointing Lord Lokhraed’s melancholic and tormented screams. The penultimate track, Muse of Suicide, is a wonderfully and gloomily epic piece. It’s my other favourite from this album. Heavy guitars riffs are blended with bleak drums combined with thrilling sounds of chimes and bells, as well as vocals of Revenant from Sarkrista and Graf from Psychonaut 4 a.k.a. P4. It’s a real masterpiece, sounding like a forgotten anthem of depression. Personaly, I couldn’t stop myself from hitting repeat button way too many times… Muse of Suicide is like a drug causing compulsive soul shivering, that you really want to overdose on. Closing track, Reveries, is another instrumental piece mixed with sounds of the seashore, just like the opening track. It seems like all emotions and tears have run over, mind and heart are calm and have found their peace and now are drowning in the somewhat comforting piano and horn notes, blended with sounds of nature…

I must admit that listening to Tides of Despair evoked highly mixed feelings and caused a big hesitation. Just after quite a surprisingly confusing positive introduction, I was literally thrown into awful reality created by other tracks, just to get my mind back at the very end. It was a mesmerising but bumpy journey and I can tell it was well intended. It’s a very artistic and refined album. The support from many great musicians enriches its value. Although, Nocturnal Depression patched their raw style up a bit, still their last issue stays full of sorrow, claustrophobic and hypnotic emotional art.

Highlights: Tides of Despair, Slit my Wrists, Muse of Suicide

Tides of Despair is available from 25 November 2019, CD via Sun & Moon Records, Digital via Talheim Records, Tape and Limited Box via Ars Macabra Audio and can be purchased here.