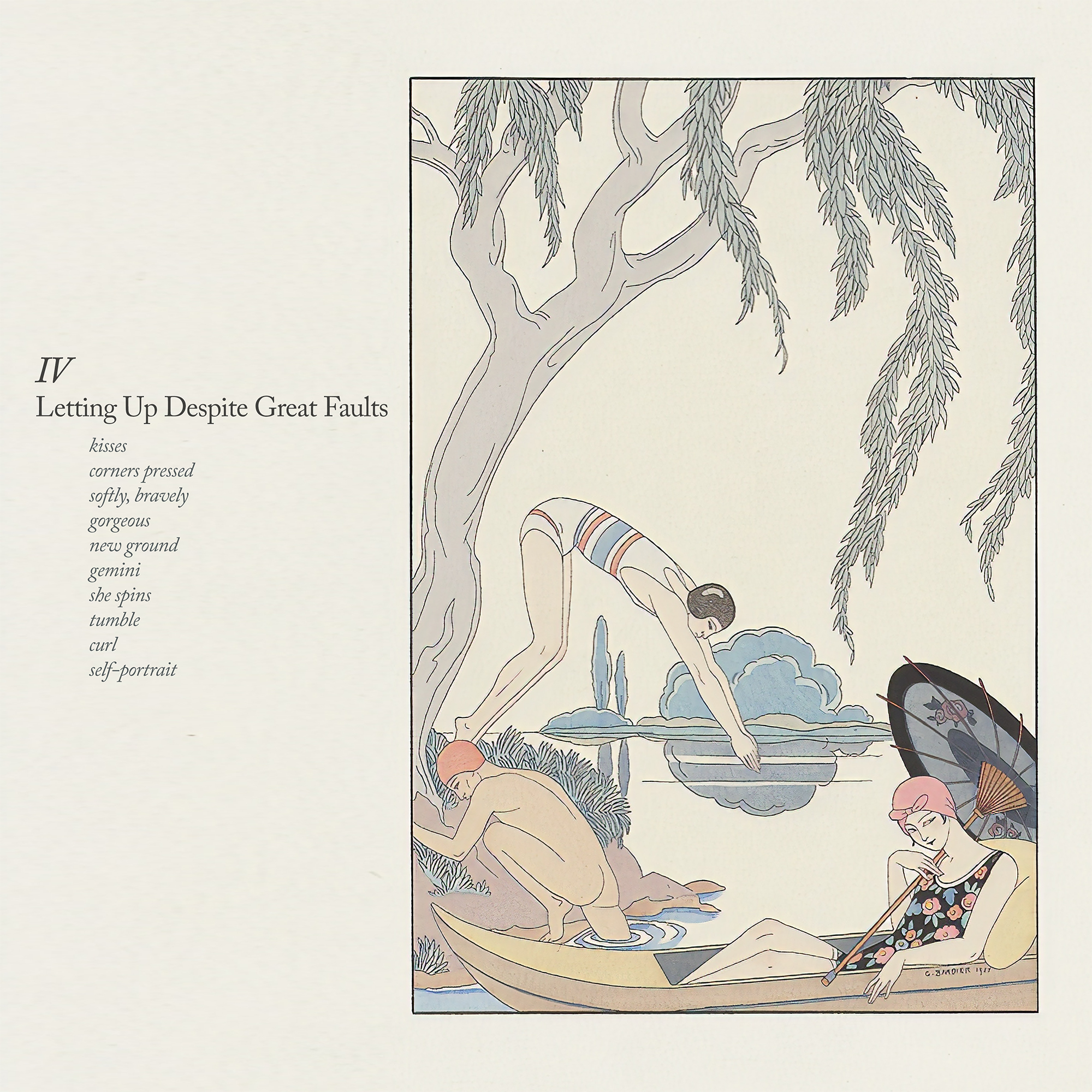 Letting Up Despite Great Faults are a dream pop band hailing from Los Angeles formed in 2006. Their aptly named fourth studio album “IV” will be released on Friday 4th March. I’ve had the pleasure of checking it out beforehand. The opening track Kisses is a synth laden cacophony of dream like instrumentals that really give it an otherworldly quality. It is uplifting, buoyant and the perfect way to ease you into a shoegaze album.

Corners Pressed has some excellent guitar riffs that put me in mind of The Cure but without feeling like a direct copy. Softly, Bravely demonstrates the band using different guitar effects. It has much more treble and an almost classic rock and roll sound. Gorgeous is a harder hitting track, and a great example of the way synth can be used to make a song heavier. New Ground is definitely one of the standouts for me on this album. I found the beat very infectious, and the song’s message about how the fear of change can ultimately damage your relationships is very poignant.

Curl is an instrumental interlude with very rich and complex sounds that was a refreshing palate cleanser for the final track Self Portrait. With Self Portrait they definitely saved the best for last in my opinion, the song has several traits of pop punk with catchy guitar riffs and some excellent drum fills that give this song a bit more punch than previous tracks.

So, while this album does have some excellent instrumental merits, there are unfortunately some drawbacks. The vocals on this album are underwhelming, it could be argued that shoegaze vocalists are supposed to be sedate due to the nature of the music, but I have heard artists in similar genres exhibit more passion. You’ll notice that I haven’t mentioned too much about the lyrical aspects of this album and that’s because I often couldn’t make them out. There is either too much mumbling or the wall of fuzzy sound overpowering them.

There is occasional use of distortive synth which doesn’t really fit the chill dreampop vibe and is quite jarring. If I wasn’t reviewing this album thoroughly, I would have turned Gemini and Tumble off because the sounds did not work together. I praised the instrumental tracks on this album because they were more complex and abstract. Potentially the band felt free from the shackles of having to build a song with lyrics and structure, because the songs in that format felt less inspired.

In summation there are lots of things to like about this album. Lyrical tracks like New Ground and Self Portrait have great energy, infectious riffs and cracking drum fills. Instrumental tracks Kisses and Curl offer a more reflective curated experience with complex synth accompaniments. However, if you are after something with substance this probably isn’t the album for you. The lack of vocal passion and direction made everything kind of just wash over me and in some cases the songs just felt a bit basic.