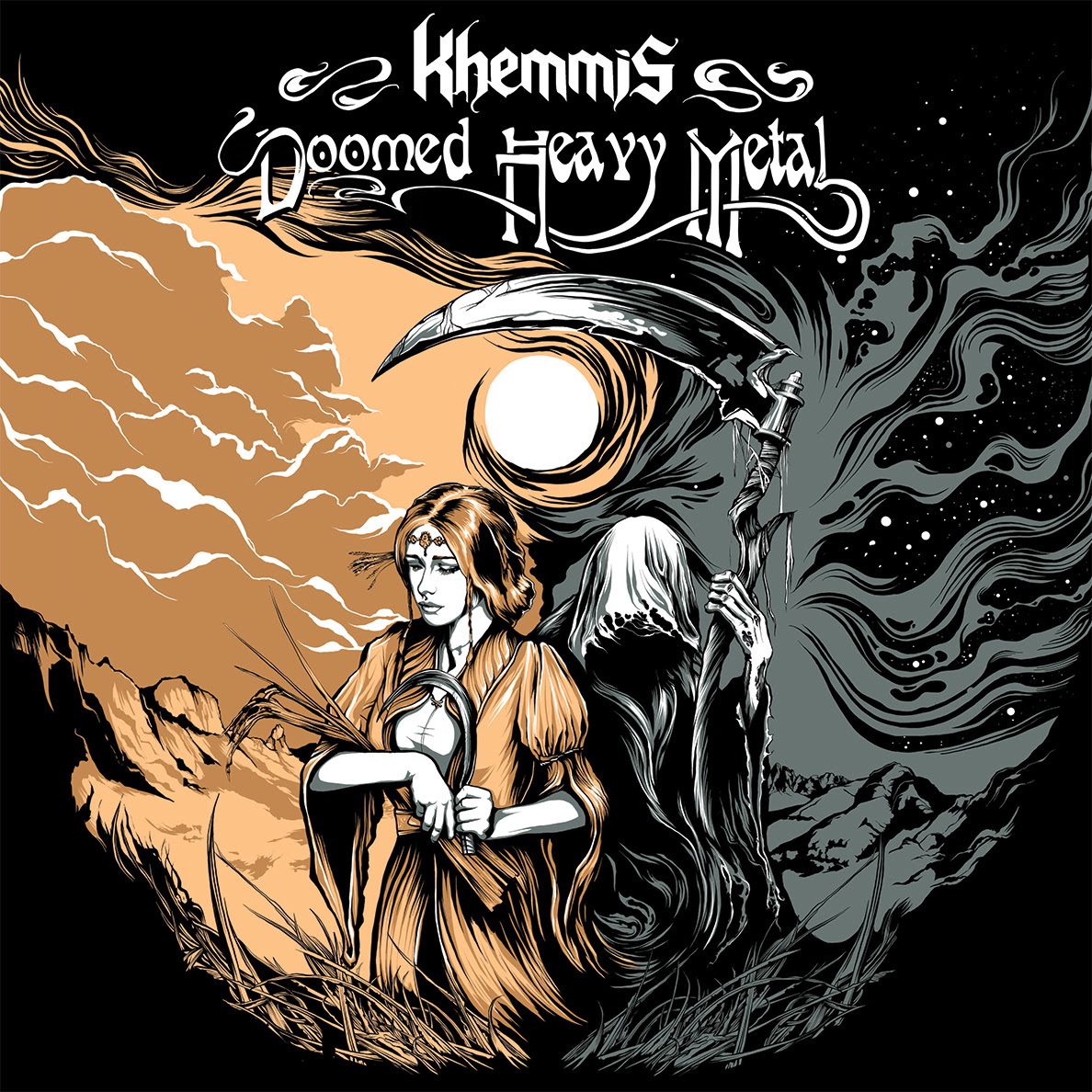 Khemmis are one of the most vital modern doom bands at the moment. Iconic twin guitar melodies, soaring vocals and a varied yet distinctive sound has brought them to the top of the scene. After three studio albums, Khemmis have unleashed their first ‘rarities’ EP. There isn’t much that’s (completely) unheard here, although they will surely turn the heads of a few devotees with this release. ‘A Conversation With Death’ came from a split with Spirit Adrift in 2017, and ‘Empty Throne’ was a stand-alone single from the Decibel Magazine Flexi-disc Series from the same year. These tracks will therefore be a lot more easily accessible with this release. There’s a few live songs and a cover included, too. Worth checking out if you’re a fan of the Denver doom quartet, without a doubt.

The first track is probably the most interesting, novel part about this EP – it’s a cover of the Dio classic ‘Rainbow in the Dark’. They do a great job, delivering a worthy service to the song while putting an individual take on the tune. Most noticeably, they allow the guitar solo section to really ‘rock out’, with faster backing drums and guitars that give off an aura of Iron Maiden at their most euphoric. I can only imagine how daunting it must be as a vocalist to cover Ronnie James Dio himself, but Khemmis have nailed it. Compared to the energetic Corey Taylor and Satchel cover of the same song from five or so years ago, the Khemmis version naturally just dooms more. I always like to see bands cover songs their own way, rather than just re-record what we all heard years ago. They’ve done a great job on this. Well done.

The lesser known singles ‘A Conversation with Death’ and ‘Empty Throne’ are worth the listen, even if they’re largely what we’ve already come to expect from the Denver doomers, if not a little more concise on the running time. It’s good that the band have made them more easily accessible to their listener base, because they are great tracks. ‘A Conversation with Death’ starts with some brilliantly soulful a capella vocals before awesomely doom-laden guitar work comes in. There’s a desolate-sounding guitar interlude and a brilliant solo section to round it off. ‘Empty Throne’ opens with Daniel’s disgustingly filthy bass and a riff that almost sounds like Candlemass. It’s an emotional number, full of melodic and harmonic richness amongst their trademark fuzz. It’s hard to pick a favourite of the two, as they’re both stellar.

The live songs, three of their most popular tracks, one from each album, make an interesting B-side. It goes to show that Khemmis are a great live band – I was personally really looking forward to catching them at Desertfest London before Coronavirus got in the way of those plans. You can hear from these three tracks that they play flawlessly live, full of emotion, engaging with the audience (see the start of ‘Three Gates’), almost as if listening to the studio versions. The three recordings actually come from the ‘Two Nights of Doomed Heavy Metal’ headlining shows that the band put on in Denver, showing Khemmis at their triumphant, live best. I’m sure the band have their off days, but instinct tells me that the band are always this good in front of an audience.

Worth buying if you’re a fan of the band already. If not, I’d go for 2016’s ‘Hunted’ and allow yourself to be taken in from there. Once you’re on the Khemmis train, there’s no looking back.