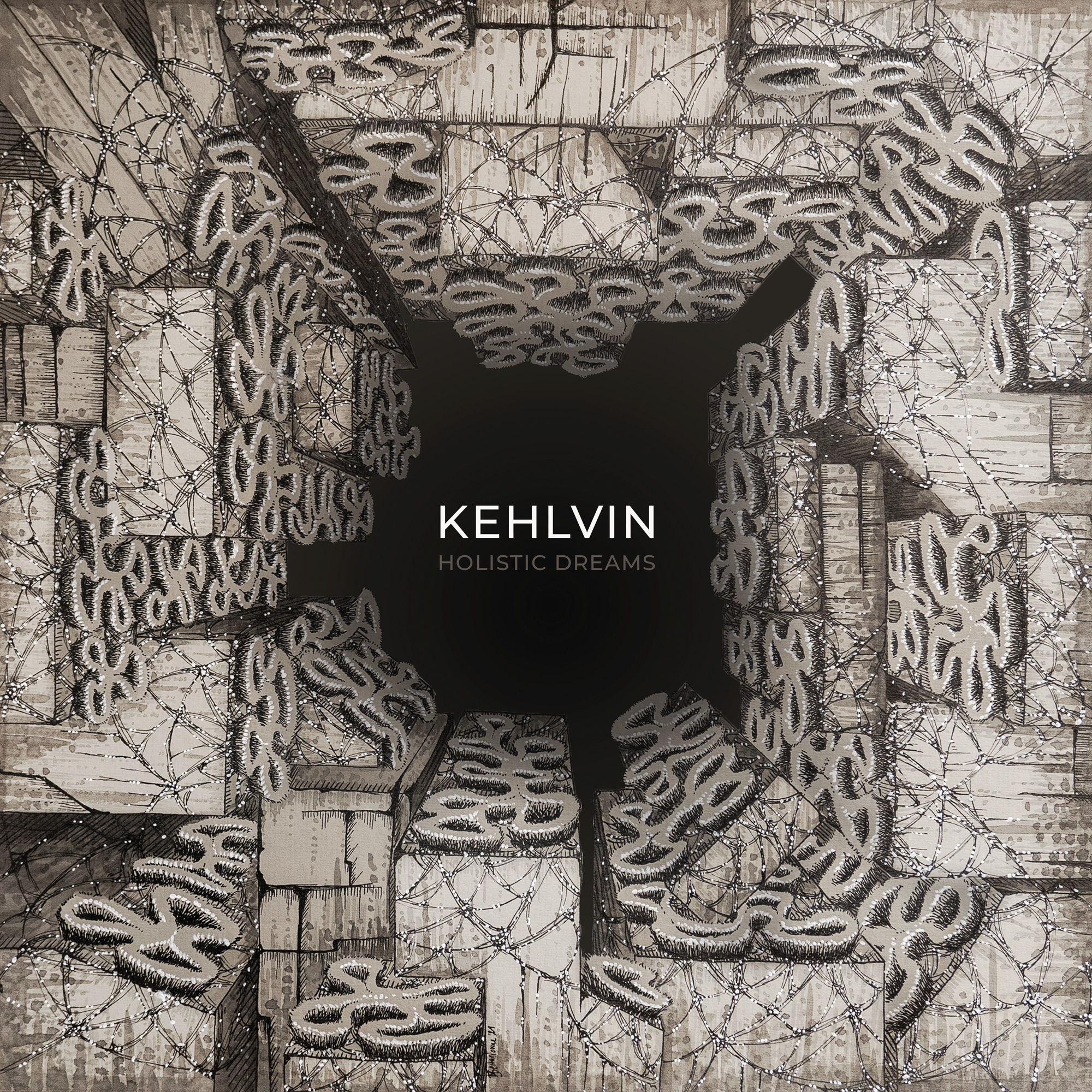 I was talking to a friend the other day, who asked if there had been any great new discoveries in the realm of heavy music for me this year.  After some thought, I realised that most of the mind-blowing albums this year have come from bands I was already invested in. Don’t get me wrong some bands I’d not come across before have put out great albums, but nothing that’s made me fall head over heels. This is not necessarily a bad thing; we’ve had several years in a row where we’ve had some excellent debuts and I’ve discovered brilliant established bands for the first time and the quality of output from bands I already love has been staggering this year. But when I saw the new Kehlvin album billed as progressive-hardcore, I was very hopeful that maybe I’d found a new band to love.

The core sound of Holistic Dreams is quite difficult to pigeonhole, I guess I would have to describe it as Mastodon meets Calculating Infinity era Dillinger, with a healthy dose of chunky, lower speed hardcore riffing. If, like me, you worry whenever you see the word “progressive” in the description of a band’s sound, then I hope I can assuage any doubt. This never feels self-indulgent, it’s always focussed on solid song writing. A perfect summation of the band and their sound is Electric Monks, with its lurching riffs and gruff vocals, that explode into a lush wall of sound. It really tickles all the right parts of my brain, especially when it comes to the use of vocal melodies like those at the end of Flash Backward.

The key flaw to Holistic Dreams comes down to tempo. Everything feels very once pace, a solid mid to slow speed and while this serves the band, I’d love for there to just be a couple of instances where the pace picks up, just for the sake of variety. The frequent contrasts in dynamics and texture do help prevent this from becoming much of an issue- especially as the stellar production job really allows everything to sing properly- but it is noticeable, and could create some real impact if deployed correctly. Given the accomplishment on display over the rest of the record, I have no doubt Kehlvin could pull it off if they turned their minds to it. The fact that the album is under thirty-five minutes really helps prevent the lack of tempo variation becoming a more pronounced issue.

Holistic Dreams is a great album, it’s as simple as that, and I will definitely be diving deeper into Kehlvin’s back catalogue. I may not have fallen head-over-heels with the band, but this record is still damn impressive and maybe on the next record, or somewhere in their back catalogue, I will fall completely in love. We can but hope.

Holistic Dreams is out 24th September 2021 via CVLT Nation and can be purchased here.

Find out more about Kehlvin, find them on: Facebook