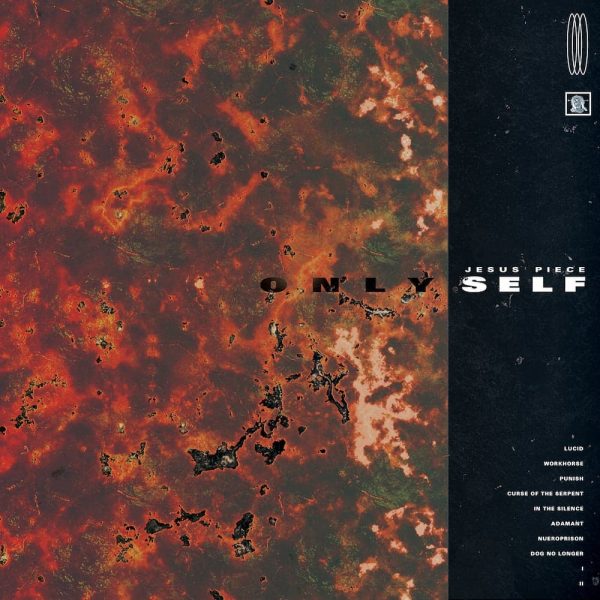 Hardcore is in a great place world wide at the moment. Experimentalism is being fully embraced by both bands and fans, whether it’s the integration of industrial elements by bands like Code Orange and Harm’s Way, the use of 90’s alt rock like Turnstile, or gothic overtones from Twitching Tongues, the sound of hardcore is expanding, as is its success and standing in the public consciousness. All of that said, sometimes all you want is a super aggressive album that’s heavy enough to easily crush your skull.

One of the things that is immediately obvious when Only Self comes slamming in is that the production is magnificent. Its horribly rumbling low end and crunchy, filthy sounding guitars are complemented by drums that could topple mountains. While it is a bleak and aggressive sound, it allows each element to be heard clearly and never detracts from cleaner sections. Perhaps it’s no surprise that the album was mastered by Brad Boatright, who’s CV includes Nails and Full Of Hell. If you truly immerse yourself in this album, the production makes you feel as though you’re being relentlessly battered from all sides. This is a fantastic feeling captured by very few albums.

Of course, all the excellent production in the world can’t save bad music. Thankfully, Jesus Piece deliver the goods in spectacular fashion. While there are occasional moments of industrial elements and clean guitars, which are especially prevalent on In The Silence, the core of their sound is just pummelling metallic hardcore. Make no mistake, Jesus Piece take this style to its absolute pinnacle of quality. It may be relatively simple and straight ahead a lot of the time, but the grooves and beatdowns in these songs are undeniable when played to this level of brilliance. If you have any doubts, just listen to the outro of Dog No Longer, each increment it slows down makes you feel more and more like you could headbutt your way through a foot of concrete. Keeping the run time below half an hour is also a masterstroke as it prevents any elements becoming stale, and you’re always left craving more punishment.

It would be completely unfair of me to discuss this album and not mention the final two tracks, I and II. I is a pseudo-ambient, tension building instrumental which provides a brief respite from the sonic assault you’ve just endured from the previous eight songs. It’s the respite it provides and tension it creates that make the crushing, Neurosis-esque, post-metal of II so much more impactful. The astoundingly anguished vocals that have populated the rest of the album are built into the cacophonous walls of guitars and thudding drums. Layered on top is a thin sheen of melodic electronics and clean vocals. While the song doesn’t progress or travel to as many places as your typical post-metal fair it doesn’t ever become boring as they keep the song to a brief four and a half minutes, or roughly half the average post-metal track. I would like to hear post-metal influences used throughout future albums, as it is a realm not really being explored by many cutting edge hardcore bands at the minute.

It’s almost unfair that this album has come out in the same year as Harm’s Way’s Posthuman, as I now feel that I must pick which one I prefer. However, having sat with Posthuman since January, Only Self fills a different desire for me. While both are pummelling hardcore records, Harm’s Way scratch my itch for more experimental music where Jesus Piece satisfy the urge for thuggish brutality. That’s not to suggest that either fails at what the other succeeds, as both can satisfy what I get from the other if needs be, but Only Self will certainly be the album I reach for when I just want to mindlessly throw down.

Highlights: In The Silence, Dog No Longer, I, II

Only Self is out via Souther Lord on 24th August 2018 and can be ordered here.