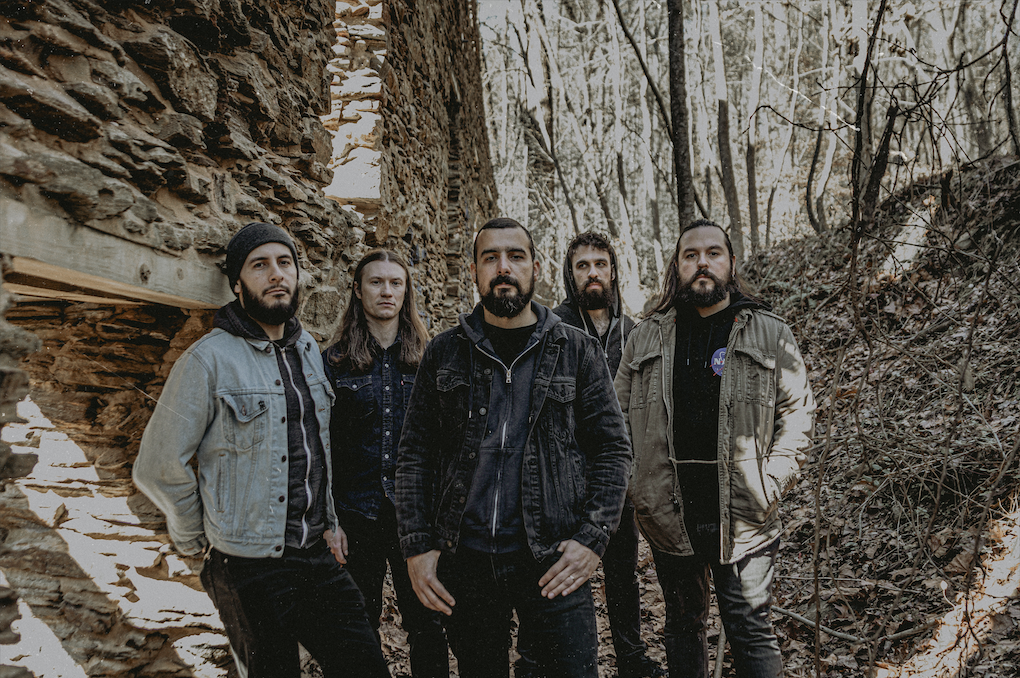 Breakout Southern metal band IRIST will release their massively anticipated debut album, Order of the Mind, next Friday, March 27th with Nuclear Blast. In a much-needed distraction, the band has delivered a colossal new single, ‘Creation’, and accompanying video that can be viewed here:

Although their record release show was cancelled due to COVID-19, IRIST’s new video for ‘Creation’ gives fans a taste of their incendiary live performance. Director Dan Almasy beautifully captures the song’s introspective spirit and powerful energy. “‘Creation’ is an upbeat song on the surface, but it’s also meant to be meditative”, says guitarist Pablo Davila. “I think it somehow conveys a subtle “otherworldliness” that’s not easy to express. Dan Almasy did a great job of interpreting that vibe for us in this music video.”

Digging in further, the lyrical concept of ‘Creation’ is a profound exercise in self-reflection that peels away at the layers of a contrived identity in search of truth. “We sometimes need to abandon our beliefs to know who we really are, and that’s what ‘Creation’ is about”, states vocalist Rodrigo Carvalho. “It asks us to connect with ourselves in a deeper way, to learn our identity and to rid ourselves from who others think we are. In sum, ‘Creation’s’ meditative theme and music make it a truly cathartic song for us.”

Pre-order your copy of Order of the Mind here: nuclearblast.com/irist-ootm

Watch the video for ‘Burning Sage’:

Watch the video for ‘Severed’:

INTRODUCTION TO THE BAND:

The framework for IRIST began in the summer of 2015 when South American born friends Pablo Davila (guitar) and Bruno Segovia (bass) conspired on a dream of finding success in music outside their native lands as iconic metal band Sepultura had done decades before. After relocating from their homelands to Atlanta, the duo brought on Adam Mitchell (guitar) and Jason Belisha (drums) and began writing music. Their demos eventually made their way to Nuclear Blast executive Monte Conner who saw massive potential in the band. After the addition of vocalist Rodrigo Carvalho, the group’s creative cohesion and songwriting improved immensely and after new demos were made, Conner inked a deal with them for Nuclear Blast and IRIST was officially born.

On Order of the Mind, IRIST’s skillful songwriting is jaw droppingly impressive, and although only together for a relatively short period of time, they sound years ahead of a ‘debut’ record and more like a well-seasoned band in the prime of their career. While there are vestiges of the group’s pan-South American heritage (from Andean music to Sepultura) throughout Order of the Mind, the band’s collective influences come from all parts of the heavy spectrum. From The Melvins, Ratos de Porão, and Alice in Chains to The Dillinger Escape Plan, Soundgarden and Converge, IRIST fold in, twist fervently, and scorch their faves until they’re decidedly protean and uniquely a product of the fivesome’s songwriting prowess. In many respects, Order of the Mind is itinerant, introspective, portentous, indefatigable in its attack, but that’s not all it is either. IRIST’s angst-powered thrusts are distinctly advanced utilizing opposing forces, textures, and layers, so no single sonic model fits perfectly, as heard on the band’s first single ‘Burning Sage’.

Order of the Mind is full of waves of rhythms and emotions and no track echoes this more than ‘Burning Sage’. It begins by catching you off guard with an intense and chaotic verse, coming in without warning. Then it breathes for a few seconds allowing a calm as a clean percussive break blasts itself into a straightforward pulsating chorus. Bruno Segovia attributes this sonic styling as being “what we thought made ‘Burning Sage’ the right song to introduce our sound.”

‘Burning Sage’ is accompanied by music video directed by Mount Emult (PIXIES, DYING FETUS) who paints an intensely chaotic picture with a frenzied deluge of imagery on a canvas that synchs perfectly with the song’s torrential soundscape.

“’Burning Sage’s’ frantic rhythmic patterns and ritualistic imagery made our choice to work with Mount Emult rather easy,” says vocalist Rodrigo Carvalho. “We wanted to convey this song’s dark atmosphere. Mount Emult’s exciting collage work allowed us to do just that. ‘Burning Sage’ is about overcoming negative emotions – the process is represented as a ritual in which these emotions are purged. It made sense to use imagery that were a part of different cultures to illustrate how universal this theme is.”

Order of the Mind was engineered, produced, and mixed by Lewis Johns at the Ranch Production House in Southampton, UK and mastered by Grammy Award-winning engineer Ted Jensen (METALLICA, MASTODON, DEFTONES) at Sterling Sound.