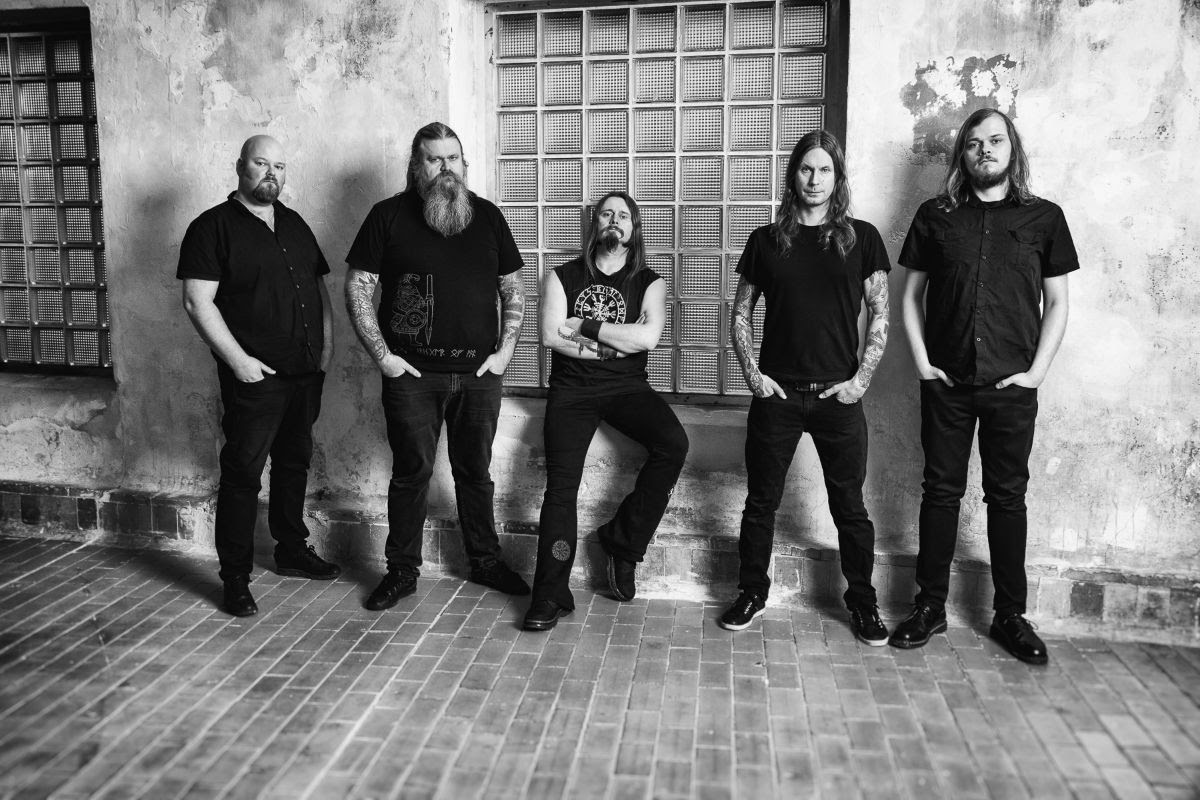 Norwegian blackened avant-gardists ENSLAVED reached out to their fans yesterday, to present them the cover artwork for their upcoming 15th studio album, Utgard, set to be released in Autumn this year. ENSLAVED’s official statement reads as follows:

“Due to the current situation, we took the decision together with our label Nuclear Blast to postpone the release of Utgard to the fall. Therefore, as you can imagine, the whole schedule had to be adjusted quickly! We understand that seeing a video teaser followed by nothing has been confusing. As of today, we can announce that our first single and video will be released on May 22nd, and we can’t wait to share this new music with you all! We are sure you understand that this is for the best.

In the meantime, we’d like to tell you a little more about the Utgard’cover artwork. This is the ninth consecutive album cover done by Truls Espedal – and like the album itself it is definitely on the wavelength of the long-distance pulse from the Enslaved generator. It is a piece of art that mirrors a massive concept and a band that is also more lyrically and philosophically inspired than ever before. That Truls is a master of his art is established a long time ago, but he has truly outdone himself on this interpretation of our Utgard. Just looking at how the colors and techniques are used to create the depth and grandiosity of the horizon. The perfect travelling companion into these uncharted territories.”

The band has also announced today that they will headline the Verftet Online Music Festival in USF, Bergen, on April 1st. The online event will be streamed HERE and on Verftet Music Festival’s YouTube channel HERE

The band states:
“When the old Bergen ring-fox Mikal Telle asked us to join his and local venue USF’s fantastic initiative that is this festival, we pretty much said ‘yes and thanks for asking!’ before he could finish the sentence. Of course we are itching to play now that the world of live music is on halt, but we also saw a chance to get our live music out there to all the fantastic fans out there – the studio recordings is of course a pillar in what Enslaved is, but without the other pillar of playing high-energy shows and creating musical magick together with our magnificent audience – things get out of balance. Now we will have a chance to restore that balance for a virtual time with all of you – and time is time no matter what matter it moves through, right? See you in the ether!”