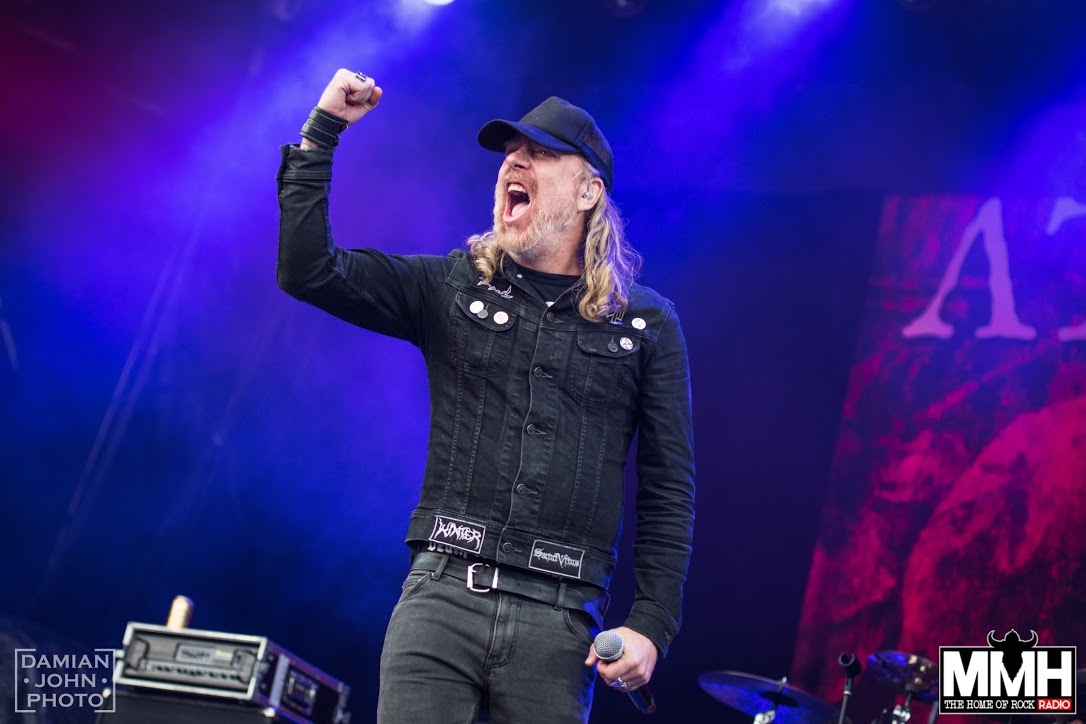 Slaughter of the Soul celebrated its 25th birthday a couple of months ago. Why does this matter?

You could start by talking about how widely influential this album was. The riffing style on Slaughter has been imitated by many, and bettered by none – with its fast-picked, thrashy chugging accentuating Iron Maiden-esque melodic ideas. This style of guitar playing (or pedal tone riffing, to be precise) was copied by all sorts of bands in the 2000s, including megastars such as Lamb of God, Avenged Sevenfold and Trivium. Each would make it into their own thing and put their own take on it to varying degrees, but never with quite the same impact as the originators.

You could talk about its unwavering relevance, quarter of a century on. At the Gates’ Wacken billing for 2021 is subtitled with ‘Slaughter of the Soul show’. It’s not the first time they would be due to play the full album in full since they first reformed in the late 2000s. It shows the pull and legendary status the album still has after decades in between. Not every album out there has such a gravitas that promoters and festival organisers are booking bands in order to play that whole record in full. I mean, how many would really go out of their way, buy the early bird ticket and get to the front and see Anthrax play Stomp 442 or Machine Head’s Supercharger?

You could probably just agree that it’s just an insanely good album that neither the band, their peers or imitators have ever come close to matching, a true classic of the melodeath and wider metal genre.

Opening with cold industrial rattling, the tone is quickly set for the rest of the album, with insanely fast instrumentation from the off. Yet the melodic ideas are nothing but classic heavy metal, and there are still groovy moments to allow the masses to headbang away. A somewhat neoclassical-inspired key change ushers in the solo section, before the band frantically see out the final verse and chorus. I could be talking about many songs on the album here. A mix of NWOBHM-infused melody, irresistible groove, Slayer-style intensity, a philosophy of keeping it ‘to the point’ and Tomas Lindberg’s blackened howl – plus a healthy dose of once-in-a-lifetime magic – are those secret ingredients to Slaughter of the Soul. This formula does not need switching up throughout the album’s runtime. At the Gates truly struck gold with their songwriting approach on Slaughter. The album, of course, begins with the timeless ‘Blinded by Fear’, one of the most essential songs in the genre.

Their previous two albums (The Red in the Sky is Ours and With Fear I Kiss the Burning Darkness) saw an experimental take on songwriting, with chaotic, technical riffing which, for all its many merits, were a much less immediate listen for many At the Gates fans (especially those who discovered the band later on). At the Gates would hint at their new sound to come on the Terminal Spirit Disease EP, which was as melodic as the albums preceding it, but the chord sequences were more conventional, they would tend more to the immortal verse-chorus-verse structure, and it saw more of a classic metal/thrash influence that wasn’t there before. ‘The Swarm’ is a fantastic cut from Terminal, the closest they got to sounding like Slaughter before ’95. As good as the EP is, though, it’s got nothing on what was to come next…

‘Slaughter of the Soul’ (the song) must have one of the most distinct opening riffs in the melodic death metal genre. With rhythms that alternate between crazy moshpit energy to headbang-worthy grooves, and a breakdown towards the end that dares you to scream along, it’s made for the live arena. You’d be hard-pressed to find an At the Gates setlist post-Slaughter without the title track, or ‘Blinded by Fear’ before it, or indeed ‘Cold’ afterwards. ‘Cold’ is pretty similar musically, but with a guest solo from Andy LaRocque (guitarist of King Diamond and on Death’s Individual Thought Patterns) the song is taken to another level. The neoclassical run is fiendishly difficult to play – you’ll see videos of At the Gates live and notice that their guitarists have to play that part as two separate players. Whether it’s the riffs, energy or catchy chorus that keeps At the Gates diehards coming back to this track, it’s played time and time again by the band, fans and metal DJs for good reason.

‘Under a Serpent Sun’ is probably my personal favourite on the album, and certainly one of my most listened songs ever, with its melodic, tremolo-picked opening riff, subtle changes in meter and Tomas’ iconic scream all before the song even really gets going. It doesn’t take long for the blasts to come back in, though, of course. One of the cleverest parts of this song comes in after the first chorus (another set of lyrics to stay in your head rent-free for weeks) as they recontextualise the intro riff under a blastbeat. It’s a textbook example of how At the Gates balance brutality with melody and intelligence with simplicity on Slaughter. ‘Into the Dead Sky’ is a lovely soft interlude that lets the more delicate side of the band, that had been hinted at but not fully explored up to this point, really shine for a couple of minutes. With phaser drums performed by lead guitarist Anders Björler, it truly creates an atmosphere, at times creepy, at times psychedelic. It’s easy to see why metalheads might jump to the skip button, but to me, this song is every bit as essential as the rest of the album. The clicking of a gun then brings in ‘Suicide Nation’, another live favourite to this day. It’s anthemic, and complete with a ripping guitar solo. What’s not to love?

We approach real deep cut territory with ‘World of Lies’, which whizzes by, barely stopping for breath. ‘Unto Others’ has a fantastic opening guitar line, which I always felt was paid tribute to in the Lamb of God track ’11th Hour’. Up next is ‘Nausea’, with a verse riff that could have come straight from Slayer’s classic era. Adrian Erlandsson’s tight drum fill ushers in ‘Need’, with its moody melodies over in just over two minutes before the dark, atmospheric album outro begins. It feels like there is less to say about the later songs on the album, as At the Gates do stick do the aforementioned formula and let the art of songwriting and sheer power take over for the whole album. Ultimately, though, this does work, and Slaughter wouldn’t have been the same if they’d stuck on a seven-minute epic towards the end of the record. The synth-driven ‘The Flames of the End’ rounds everything off. It’s very different to the rest of the album – even ‘Into the Dead Sky’ is a long way away from it – but it creates an incredible sense of desolate finality. Originally written by guitarist Anders Björler for a horror movie soundtrack that was ultimately never made, it’s detailed, dramatic and moving, with possibly one of the most apt song titles for an instrumental you’ll ever find. As the song develops, it makes use of industrial noise and feedback to form a crescendo before everything else drops out and the album finally fades to nothing, leaving a sense of completeness.

Slaughter of the Soul firmly established the Gothenburg sound of death metal and gave At the Gates international recognition, with ‘Blinded by Fear’ heavily rotated on MTV in America. It was a lot of sudden success for the band. The Björler twins (on lead guitar and bass) were only 22 years old when they recorded Slaughter; both would leave in 1996, the same year that At the Gates were nominated for a Grammis (Swedish Grammy). The band found it impossible to continue without them, and split up, with most of them forming The Haunted, who never quite hit the same heights. At the Gates would briefly reunite in the late 2000s, appearing at Wacken and playing virtually the whole of Slaughter whilst there. It wasn’t until late 2010 when At the Gates announced their permanent reunion. Two albums followed that decade. Another is promised for 2021. Although At the Gates still release great music, and had plenty of highlights through the ’10s following the same kind of formula, their finest hour (or finest half-hour) is undoubtedly still Slaughter of the Soul.

Buy the orange vinyl at the Earache webstore here.