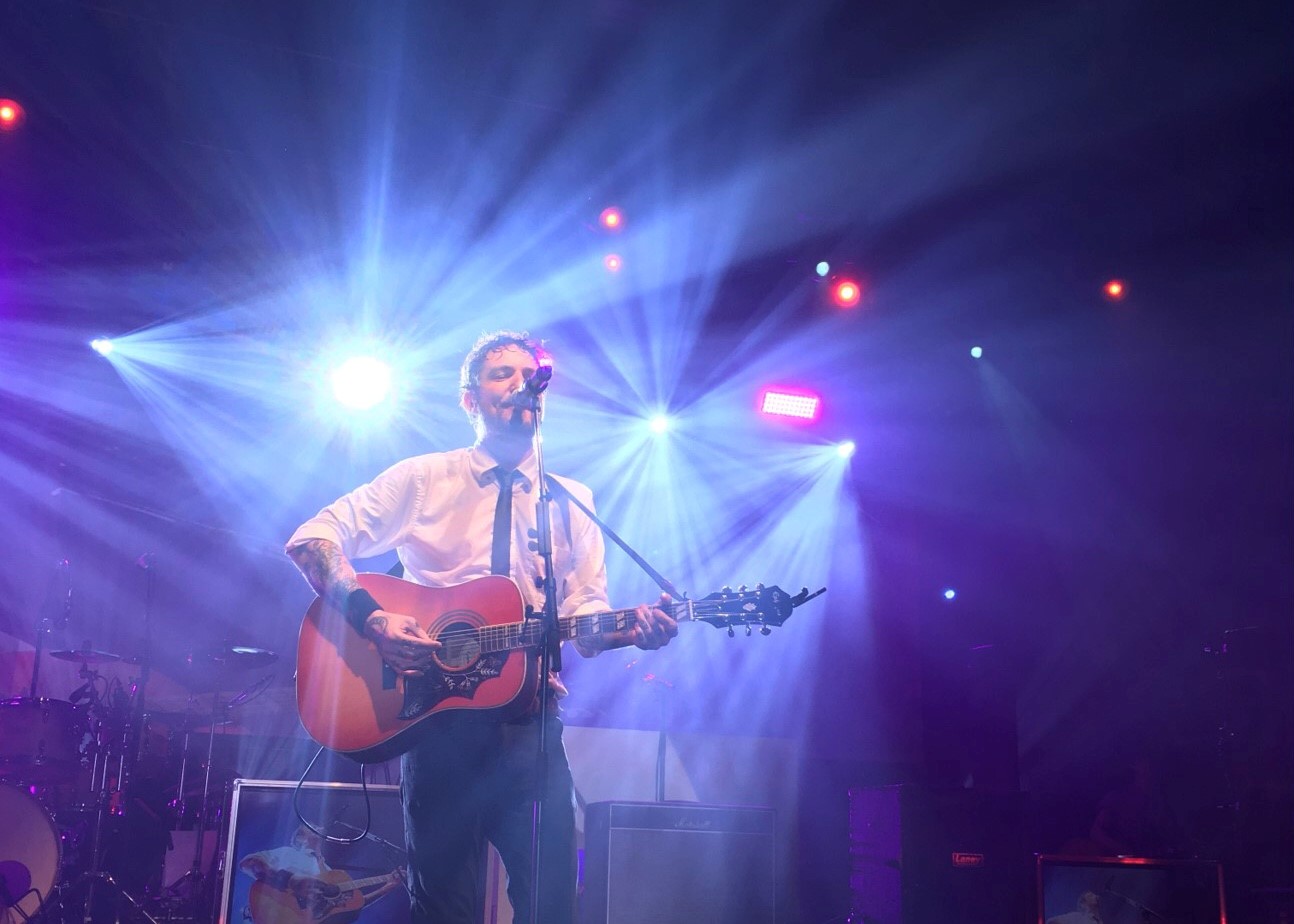 Whether it be looks, viewpoints, or the art that we create, lockdown has changed us all; and one artist who appears to have regressed back into his pre-pandemic self is Frank Turner. Releasing his new album FTHC on the 11th February 2022, this album takes us along with him right back to his hardcore Million Dead roots. Now, although in my opinion as an entire album this isn’t his strongest, many of the individual songs are some of the best and most emotional that he’s done. Moreover, regardless of my personal preference with regards to the songs working together as an album, each and every song is essential in depicting the journey he takes as it goes on.

FTHC begins as an angsty, punk rock album, and progressively morphs into an album of love; as he learns to live with his past, and fall in love with his present. Opening up about addiction, parental estrangement, and his life with Jess, his wife, FTHC is as raw and honest as it gets, and demonstrates an immense sense of emotionality.

The first three songs on the album are by far the most hardcore, which, I must admit as I progressed to the rest of the album slightly disappointed me (as I expected the entire album to be this genre). However, I can see entirely the necessity for the change in tone as he moves from talking about being “keeping it all in with an idiot grin” (‘Haven’t Been Doing So Well’) and “missing cocaine” (‘Untainted Love’), to being in love and living a ‘Little Life’.

My favourite part of the album however, is the “Miranda” trilogy. Coming at the end of Side A of the record, ‘Fatherless’, ‘My Bad’ and ‘Miranda’ document the journey that Frank takes with his father, Miranda. Beginning with ‘Fatherless’, Turner opens up about being “shipped off to a dormitory” and the age of 8, and “crying himself to sleep each night”, the heart-wrenching imagery created here enabling a sheer sense of empathy. However, although this angsty song clearly depicts his anger towards his folks, Turner takes a journey throughout this trilogy, and by ‘My Bad’, we begin to gain more of a sense of why he says what he does. He speaks of how we have “heard enough from guys that look like him”, and implying that he was merely jealous of people that had good relationships with their parents. Lastly, comes *‘Miranda’, a beautiful, country inspired song depicting the end of his estrangement with his father, and the beginning of his new, and positive relationship with her. This is lovely to hear, and is a stark contrast to the angry, resentful song ‘Father’s Day’ off his debut album ‘Sleep is for the Weak’, about his father cheating on his mother.

So overall, if you want raw, emotional lyrics, a hardcore sound, and absolutely brilliant instrumentals, this is the album for you. Whether you already know Frank or not, FTHC can act both as a perfect introduction to his music, or a brilliant reminder of why you already love it.

*Miranda is the name of Frank Turner’s father. She is a trans lady, however is okay with Frank referring to her using the term father, and she/her pronouns.

“Opening up about addiction, parental estrangement, and his life with Jess, his wife, FTHC is as raw and honest as it gets, and demonstrates an immense sense of emotionality.”

FTHC is available via XtraMile from 11th Februrary 2022 and can be purchased here and on all major streaming services.