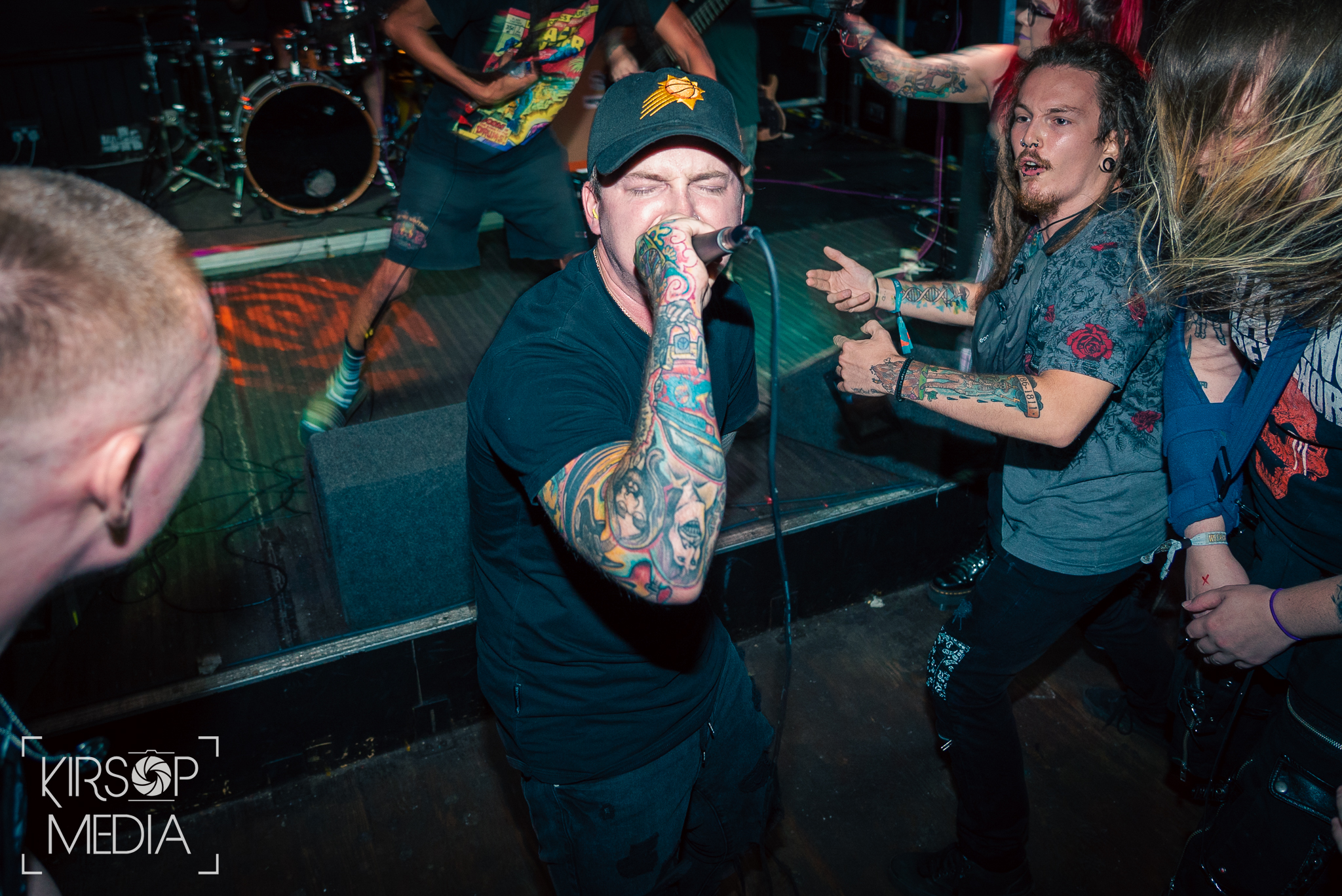 For an inquisitive night of music, seeing a band I was aware of, but not necessarily enamoured with, I headed out on behalf of MMH to see Dropout Kings on their first touring visit to the UK.

An exciting blend of Nu-Metal, Trap-Metal, Hardcore, and Hip-Hop, Dropout Kings brought an immense energy with them all the way from Arizona. The vocalist duo gel together perfectly, rapping and screaming at each other seamlessly, making it clear this is no one-man show. Whilst this mix of hip hop and metal is not everyone’s cup of tea, it’s worth noting that their live shows are way heavier than you might expect. At times this has the feel of a hardcore show with co-lead vocalist Adam showing off long screams and classic “bleghs”. The instruments are clean and crisp throughout and very much add to the feeling that this is a heavy show, not to be confused with any of the newer “emo-rap” artists that have been taking the limelight in recent times.

But by far the best part of a Dropout Kings live show is the crowd interaction. Adam gets down from the stage multiple times to truly interact with the crowd. Screaming in faces, in phone cameras, putting arms around crowd members, giving the mic out for fans to sing, and of course, a bit of hardcore dancing. This is a band where every member will scream, rap and sing right at you.

At one point their double bass pedal malfunctions, bringing the show to a temporary halt, but this doesn’t at all detract from the fun nature of the show. Let’s face it, not all bands can pull off the making jokes/banter during breaks between songs or during technical issues, but these guys do. They consistently shoutout Paul, a fan, at the front with his arm in a sling, because he’s still at the front vibing. Saying “We should all be like Paul” (A statement I don’t disagree with). Thankfully one of the support bands come through to help and the show is back on.

The setlist is a good mix of both of their albums and the crowd particularly love “PitUp”, a song which rivals Limp Bizkit’s attempt at the most times the word fuck is used in a song, and the bands newest hit “Hey Uh” which I can almost guarantee will get stuck in your head.

Overall, it’s a very entertaining, fun, and heavy, show and I’d recommend seeing them if they’re playing near you. Even if you’re on the fence about whether you actually like them, this will certainly give you the much-needed push that I now feel everyone needs, to becoming a big fan of Dropout Kings.