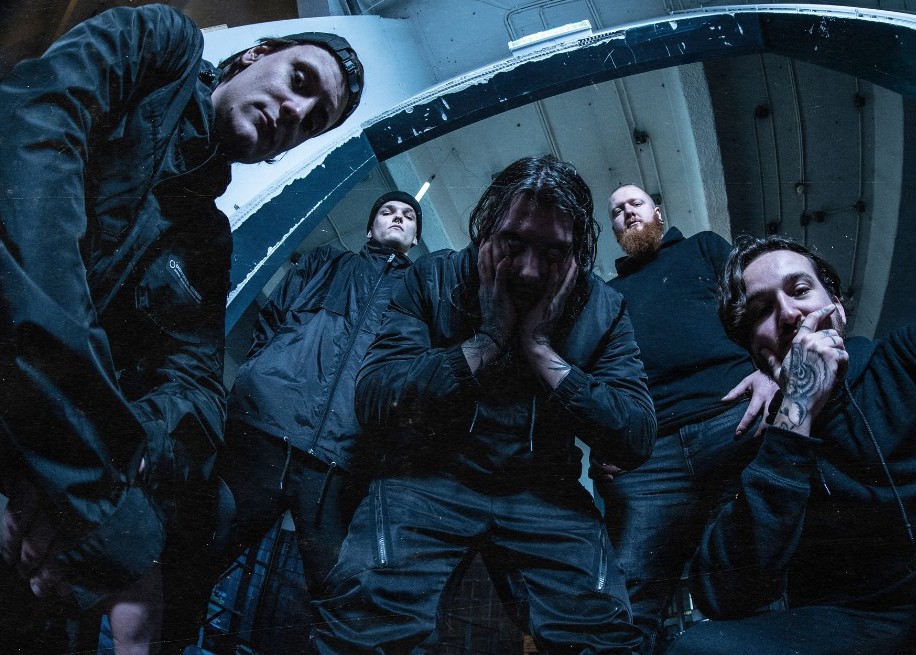 Already having made a name for themselves across the globe with their downtempo, slam-infused deathcore, DISTANT are back and have just dropped a crushing new track entitled ‘Cursed’. The single which is accompanied by a haunting new music video is out now via Unique Leader Records.

Check out the official music video for ‘Cursed’ right here:

Speaking about the new single, the band tell us, “Cursed” is a new chapter in the story of DISTANT. Story starts where “Aeons Of Oblivion” left off and takes us on a pilgrimage to the new dimensions full of despair.”

Fresh off their UK tour supporting Lorna Shore, Distant are about to embark on the legendary Chaos & Carnage Tour in the USA alongside Suicide Silence, Carnifex, Lorna Shore and many more. The band will make their way back to the UK/EU later this year where they will support Despised Icon and Decapitated.

Hailing from The Netherlands and Slovakia DISTANT have already solidified their status within the deathcore scene which began with the release of their first two EPs ‘Slither’ (2015) and ‘Tsukuyomi’ (2017). They then joined forces with Unique Leader in 2019 to release their debut full-length album ‘Tyrannotophia’ , followed by the ‘Dawn Of Corruption’ EP (2020) and ‘Dusk Of Anguish’ EP (2021).