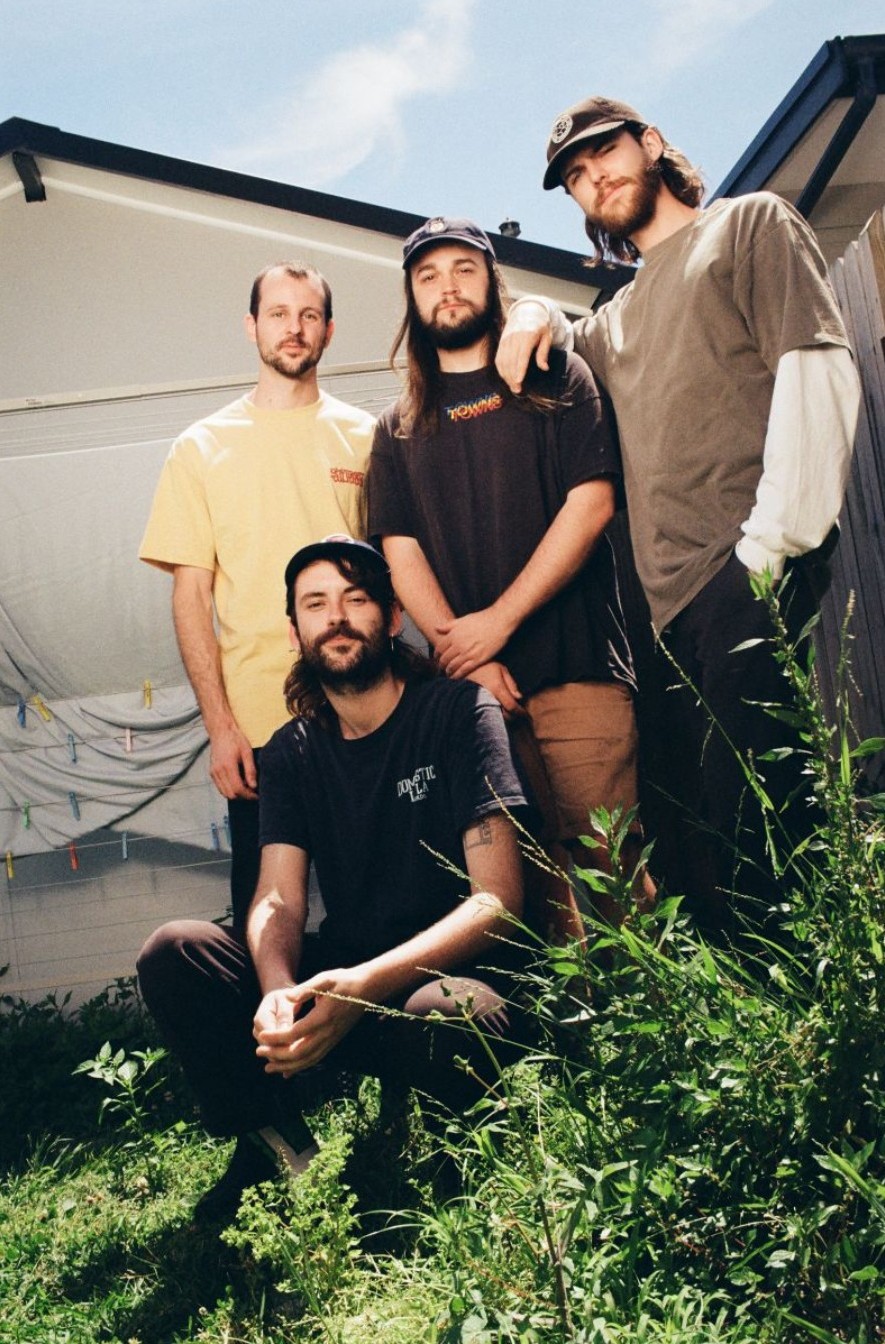 Australian Indie Rock favourites Dear Seattle have announced details of their highly anticipated second album Someday, out 17th June via Domestic La La. Inspired by bands of the ’60s and ’70s who performed their music live instead of the traditional music video, the band revealed their new single “Feel The Weight” to fans via a special performance on their Youtube channel.

The band also performed heavily triple j rotated single “Way Out”, and an unreleased song, “Paranoid Letter” from their upcoming album Someday. All three tracks were also played on the recent 14 date East Coast tour, which saw the band return to the live circuit, packing out rooms in regional towns and cities alike.

WATCH THE LIVE VIDEO OF “FEEL THE WEIGHT”

The new offering “Feel The Weight” is a middle finger to Dear Seattle’s collective tendency for self-sabotage, something each of the band – completed by Brae Fisher, guitarist Lachlan Simpson, bassist Jeremy Baker and drummer Josh McKay – have grappled with. Punchy and memorable, “Feel The Weight” embodies the roller coaster-like journey each individual has endured in recognising their tendencies to internalise pressures, criticisms and negative thoughts before actively choosing to flush them out. In their words: “This song is a reminder that we can always use a brain cleanse. You can see a lot of joy in this world, and it’s much easier to see when you clean the lens you’re looking through.”

Writing from his most self-confessional point of view yet, Dear Seattle frontman Brae Fisher explores the roots and tensions behind his unhealthy thought patterns and anxious tendencies and desperately pursues personal change.

Travelling in a more nuanced, subtle and mature sonic path than previously heard from the band, Someday doesn’t demand to snap attention from the get-go, instead offering a deep listen rich with emotional insights and self-teachings the more its listener digs beyond the surface.

On top of its dense lyrical themes, the music on Someday is just as uplifting and anthemic as ever. Dear Seattle have a knack for taking something personal and bringing it to the masses, and fans of previous releases will feel right at home amid the festival-ready and heart-on-your-sleeve sing-alongs stacked throughout this record.

A much more collaborative writing process than the band’s lauded 2019 debut Don’t Let Go, Someday was crafted between multiple getaways to inspiring Air Bnbs, the group opting for an insular and retreat-like environment to bring the best out in them while penning this record. Eventually put to tape at The Grove Studios with renowned Australian music producer/sound engineer, Scott Horscroft (DMAs, Dune Rats, Middle Kids) and the owner of The Grove Studios. Someday was birthed from a space where ideas bounced freely off the walls and Dear Seattle themselves, and ultimately the band’s mateship and musicianship could thrive.

Someday, matched by the bittersweet sentiment behind its title and lyrics, as Brae shares: “It’s aspirational and has this feeling of hope for being better someday,” he says of the album name. “But at the same time, it shines a light on how myself and the band have often caught ourselves living too much in the future “someday” and not enough in the present.”

He adds: “The process of wading through your own struggles and crap is also bittersweet because you need to go through some really heavy stuff, but when you push through that you come out more aware, responsible and accountable for your habits and tendencies and ultimately feeling lighter and better on the other side.”

To the overly self-critical and analytical parts of us all, Someday is Dear Seattle’s message of understanding and reassurance. It’s sent with the hope that connecting with its lyrics might just make the trek easier for someone else.

“Feel The Weight” is available on all streaming platforms now &
album “Someday” will be released 17th June 2022.